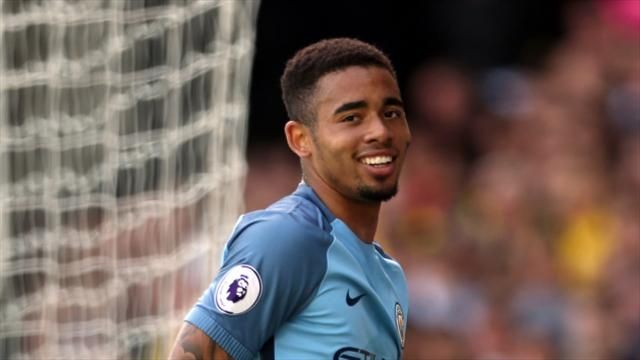 Manchester City’s Brazilian star striker Gabriel Jesus says he will not need surgery on his right eye socket which was fractured by team-mate Nicolas Otamendi.

The 20-year-old Brazil international had to go off after the accidental collision with Argentina defender Otamendi in a match in Melbourne, Australia, last Friday.

However, he felt sufficiently cheered by the assessment of the medical staff to go public with the news on Thursday.

“Yesterday I did a facial resonance, several exams and I have good news! My recovery is going very well and I won’t need surgery,” he wrote on Facebook.

“In 15 days I will be reassessed but all signs show that I will be back within three weeks!

“Thanks a lot to everyone that sent me messages, who supported me, sent positive vibes and prayed for me.

“Thank you to Dr Jorge Pagura, Dr Claudio Lotemberg and Dr Sergio Miranda, for the treatment and attention.”

Jesus made a strong impact at City upon his arrival in January, scoring three goals in his first three appearances before suffering a broken bone in his foot that sidelined him for two months.

City manager Pep Guardiola labelled him “special” and suggested the club might have been fighting for the title rather than scrapping for a Champions League place had he been available all season.

With pre-season training still a few weeks away, Guardiola will hope Jesus will be back in time for the US tour which begins in July.