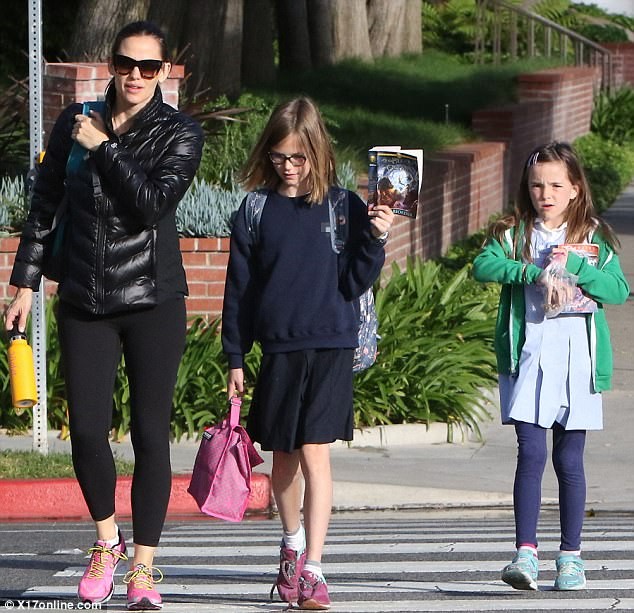 Jennifer Garner and Ben Affleck reunited again to support their children Thursday but did not appear to interact much.

The exes attended an ice cream social at their kids’ school. Garner and Affleck are co-parenting daughters Violet, 11, and Seraphina, 8, and son Samuel, 5.

Garner arrived first with Sam and they met Seraphina at the school, while Affleck arrived a few minutes later in a limo and walked in by himself, E! News has learned exclusively.

“He put a name tag on and said hello to a few people,” a source said. “Jen was hanging out with her friends and was her usual self—very smiley, social and happy. Ben was more serious and was by himself. He walked around holding Seraphina’s hand and talking to her.”

“Ben and Jen didn’t really talk to one another” the source added. “Jen was busy with some of the moms telling stories and laughing. They stayed for about an hour before Ben walked the kids out to Jen’s car. Jen took the kids back home.”

The source also said Garner is using her maiden name at school after previously going by Jen Affleck.

She and Ben have been spotted together with their kids many times since they announced their split almost two years ago. Jennifer officially filed for divorce in April after 10 years of marriage. The former couple filed the petition and response together, requesting joint legal and physical custody of their children.