Jay-Z Reveals His Thoughts on President Donald Trump: “Man, This Is a Joke” 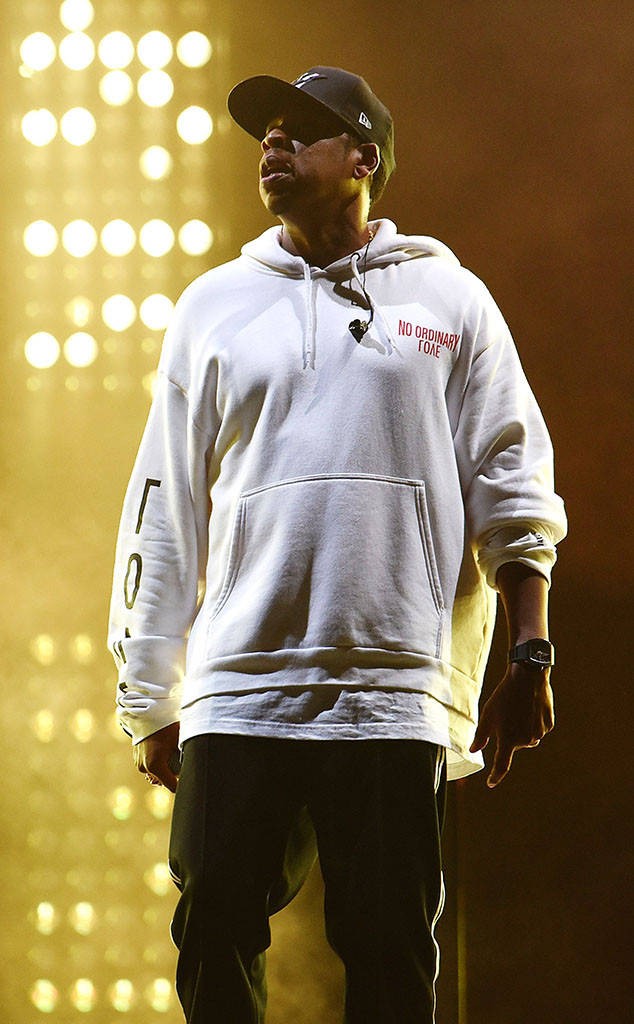 Jay-Z is voicing his perspective on the state of the United States.

During a sit-down Q&A with TIDAL’s Rap Radar podcast, the father-of-three was asked to describe what it’s like bringing up a young black family in the United States in 2017.

“I believe that everything that happens in life is for your greatest good. I don’t think this is happening if we weren’t prepared to handle it,” he shared. “I’m just actually looking forward to what’s next after that. Usually, when things are darkest, then light is on its way. I’m not fearful. I believe that we’re resilient, especially us, as black people, especially the culture, we’ve been through so much more than this guy.”

Jay-Z continued, “This guy, I’m looking at him like, man, this is a joke. With all…I can’t even say with all due respect. With all disrespect.”

The man behind hit songs like “Empire State of Mind” and “99 Problems” says he doesn’t think he was “politically astute ever.” Instead, he just “cares about people.”

“[Trump] is not a very sophisticated man especially when it comes to the ideas of until everyone’s free, no one is free. Period. That’s just a fact,” Jay-Z explained. “We are all linked in some kind of way. So if you oppress certain people, everyone’s in danger.”

The political climate today has inspired Jay-Z in his new music. In fact, he already has “some ideas” for future projects.

As to whether or not he will return to Twitter—a platform Trump frequently uses—Jay-Z is in no rush.

“At some point, when it hits me,” he shared. “It has to be a thing. I’m not just sitting on there talking about nothing.”