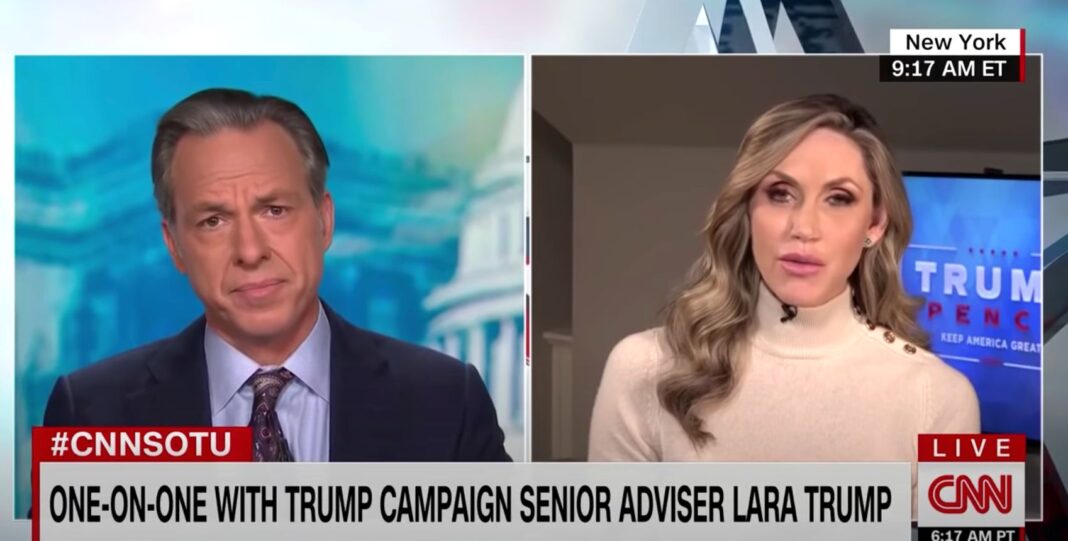 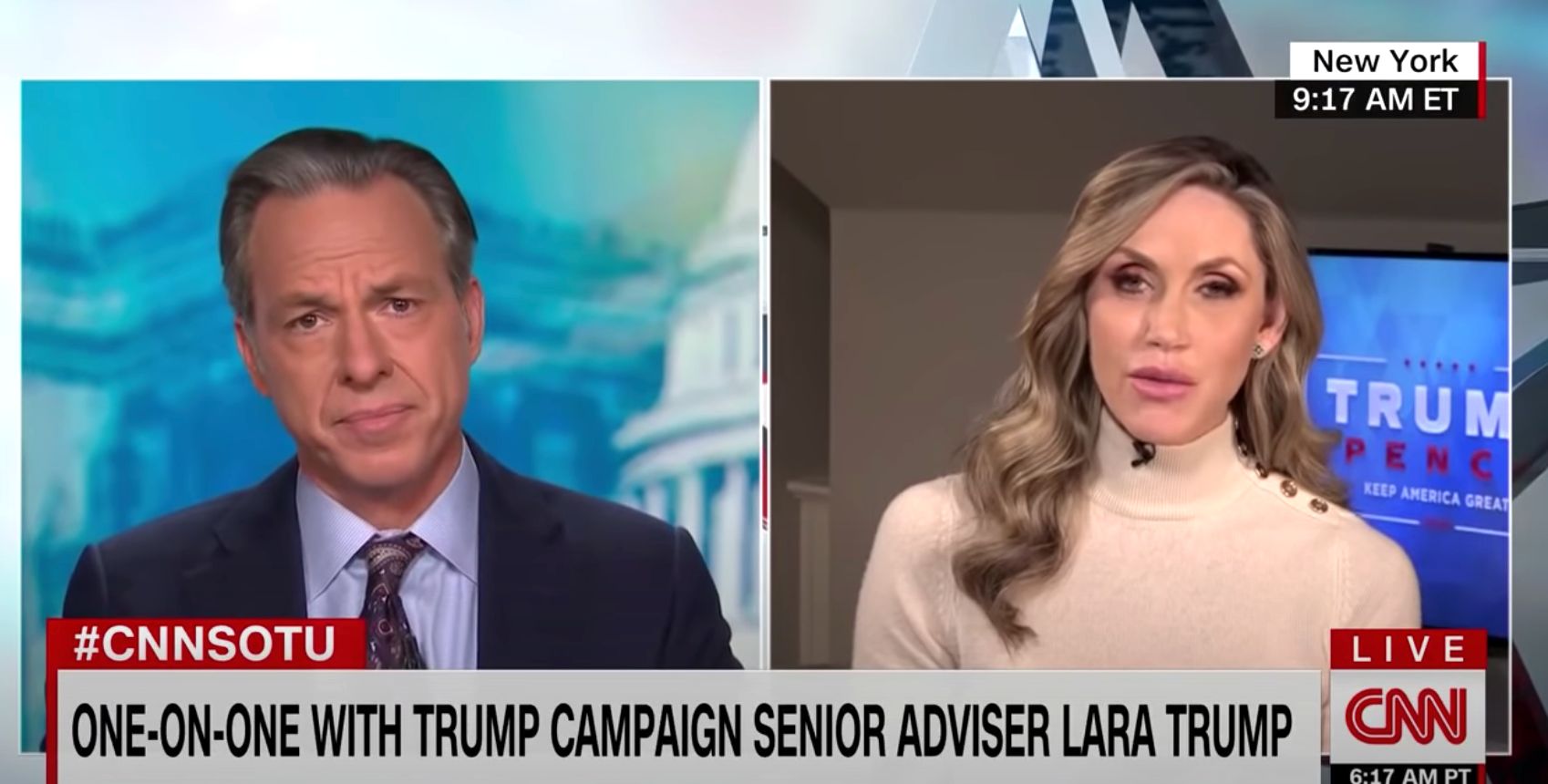 CNN’s Jake Tapper on Sunday called out Lara Trump, daughter-in-law of President Donald Trump and adviser to his reelection campaign, for her past remarks about Democratic nominee Joe Biden, prompting a heated exchange that led the host to terminate the interview.

Lara Trump was asked to explain why she mocked the Democratic presidential candidate earlier this year for his stutter. Tapper played a clip of 13-year-old boy Brayden Harrington, who spoke at the Democratic National Convention about how Biden’s vice presidency made him feel more confident about his own stutter.

“How do you think it makes little kids with stutters feel when they see you make a comment like that?” Tapper asked.

His guest said she didn’t know Biden had a stutter ― the same defense she offered at the time ― and then went on to link Biden’s speech issues to cognitive decline.

“First and foremost, I had no idea that Joe Biden ever suffered from a stutter,” she said. “I think what we see on stage with Joe Biden, Jake, is very clearly a cognitive decline.”

Asked to explain why she publicly shamed Joe Biden for stuttering, Lara Trump says, “what we see on stage with Joe Biden, Jake, is very clearly a cognitive decline. That’s what I’m referring to. It makes me uncomfortable … I had no idea Joe Biden [struggled with stuttering].” pic.twitter.com/XdaPt48pqC

Interrupting her response, Tapper told her, “I think you were mocking his stutter.”

Lara Trump’s comments at a “Women for Trump” event in Iowa in January were: “Every time he comes on stage or they turn to him, I’m like, ‘Joe, can you get it out? Let’s get the words out, Joe.’ You kinda feel bad for him.”

Tapper told Trump she had “absolutely no standing to diagnose someone’s cognitive decline.”

“I would think that somebody in the Trump family would be more sensitive to people who do not have medical licenses diagnosing politicians from afar. Plenty of people have diagnosed your father (in-law) from afar. And I’m sure it offends you.”

“It’s very concerning to a lot of people that this could be the leader of the free world. That is all I’m saying. I genuinely feel sorry for Joe Biden,” she said.

“Thank you, Lara, I appreciate it,” Tapper said, bringing the interview to an early finish. “I’m sure it was from a place of concern. We all believe that.”

Others in the Trump camp have gone after Biden’s speech issues in the past. In December, former White House press secretary Sarah Huckabee Sanders made headlines after she openly mocked Biden’s stutter. She apologized after severe backlash, saying she didn’t know he had one.