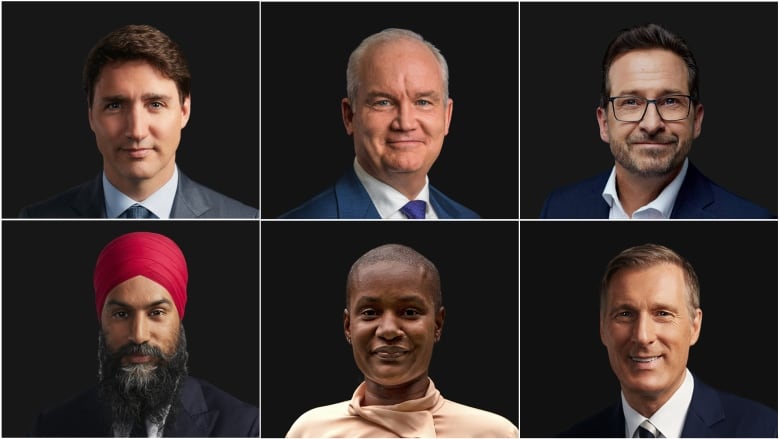 Jagmeet Singh is the most trustworthy and competent federal party leader on offer right now, according to roughly 300,000 people who participated in CBC’s Vote Compass online survey.

But Singh’s personal popularity doesn’t seem to be lifting up his party much.

CBC’s poll tracker has the NDP third in polling with just over 20 per cent support, behind the Conservatives (33.7 per cent) and Liberals (31.2 per cent), who appear to be locked in a close race with just over a week until the Sept. 20 election.

The NDP has vowed to make an “aggressive” push to win more than 24 seats in this year’s vote and Thursday night’s English-language debate, set for 9-11 p.m. ET, will give Singh another crucial opportunity to show how he compares with the other party leaders.

On a scale of 0-10, Singh received an average score of 5.3 for competence and 5.4 for trustworthiness in Vote Compass.

His nearest rival was Bloc Québécois Leader Yves Francois-Blanchet, who scored 5.2 for competence and 4.9 for trustworthiness (Blanchet’s score only factors in Vote Compass users from Quebec).

Despite being at the top of the polls, the Liberal and Conservative leaders trail Singh’s personal rating.

On competence, Justin Trudeau scored 4.3 on Vote Compass while Erin O’Toole scored 4.1. They both scored 3.6 for trustworthiness.

Green Leader Annamie Paul, who is running in her first federal election, scored 3.1 on trustworthiness and 2.7 on competence. Both of those scores are lower than those enjoyed by her predecessor, Elizabeth May, who ranked the highest of any party leader on trustworthiness during the 2019 election.

People’s Party of Canada Leader Maxime Bernier scored the lowest of any party leader on Vote Compass — an average score of 1.7 on competence and 1.5 on trustworthiness.

Bernier did not have enough initial support to win a spot on the debate stage according to the Leaders’ Debates Commission. CBC’s poll tracker now shows Bernier’s party has overtaken the Greens.

“Leader evaluations are not a proxy for vote intention,” he said by email. “One can think highly of a party leader even if they have no inclination to vote for that party.”

Trudeau’s competence score, meanwhile, is fairly consistent with how Vote Compass respondents viewed him in 2015 and 2019, van Der Linden said.

According to Vote Compass participants, however, Trudeau is now seen as less trustworthy.

“This is not uncommon for an incumbent having already had the opportunity to govern but typically also having broken promises along the way,” van Der Linden said. “Stephen Harper also scored higher on competence than on trustworthiness in successive election campaigns.”

O’Toole has an average trustworthiness rating of 4.2 among men, but that score plummets to 2.9 among women.

Trudeau, on the other hand, scores a 4 with women but just 3.3 among men.

Those Vote Compass participants who selected “other” when asked to list their gender scored the two leaders nearly the same and indicated Singh was far more trustworthy. The Vote Compass results show Singh appears to have significant appeal among women voters.

For O’Toole and Trudeau, the same trends play out when it comes to how Vote Compass participants rate their competence.

O’Toole’s score drops from 4.6 with men to 3.6 with women. The Conservative leader is doing better than his predecessors, Stephen Harper and Andrew Scheer, with female voters, van der Linden said.

Developed by a team of social and statistical scientists from Vox Pop Labs, Vote Compass is a civic engagement application offered in Canada exclusively by CBC/Radio-Canada. The findings are based on 302,876 respondents who participated in Vote Compass from August 14, 2021 to September 7, 2021.

Unlike online opinion polls, respondents to Vote Compass are not pre-selected. Similar to opinion polls, however, the data are a non-random sample from the population and have been weighted in order to approximate a representative sample. Vote Compass data have been weighted by gender, age, education, language, region and past vote to ensure the sample’s composition reflects that of the actual population of Canada according to census data and other population estimates.