Jabbawockeez Are Back on World of Dance–Watch Their Epic Performance 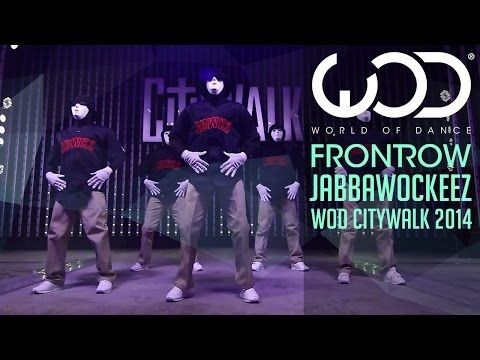 Jabbawockeez may already be one of America’s best dance crews, but now they’re trying to take over the world.

The masked hip hop dance crew are competing on this week’s episode of World of Dance, where they’re hoping to advance to the next round in order to compete for a million dollars, and E! News has your first look at their performance.

As usual, they’re incredible, and we’d be shocked if they somehow don’t earn the necessary average of 80 points from judges Jennifer Lopez, Ne-Yo, and Derek Houghto continue in the competition.

Jabbawockeez took first place in the first season of MTV’s America’s Best Dance Crew in 2008. They won $100,000 and became one of the best known dance crews in the country, both because they’re great and because of their recognizable white masks.

They’re also not the only act who have won or competed on another show who are also competing on World of Dance. So You Think You Can Dance season 10 winner Fik-Shun made his debut last week to a standing ovation, and two different America’s Got Talent finalists will also be appearing this season.

World of Dance is executive produced by Jennifer Lopez, who also serves as a judge along with Hough and Ne-Yo. Jenna Dewan Tatum hosts the series, and the whole team will also mentor contestants as they get further in the competition.

World of Dance airs Tuesdays at 10 p.m. on NBC.

(E! and NBC are both part of the NBC Universal famil