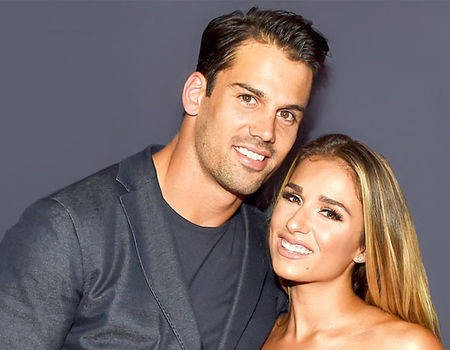 Jessie James Decker and Eric Decker are talking baby No. 3!

The Eric & Jessie stars stopped by E! News today to talk about everything from season three of their hit E! series to their family and even sexy time! So are Eric and Jessie, who are parents to 3-year-old daughter Vivianne and 1-year-old son Eric Jr., trying for another child?

“There ain’t nothin’ in there!” the country singer laughed as her hubby rubbed her stomach.

“You are out of your mind,” Jessie said, adding, “We have been talking about it, apparently he has his own mind made up.”

“I don’t wanna say the door’s closed on baby number three because we love our babies so much, they’re so amazing and I like can’t imagine not having another one,” she said. “We’re still talking about it.”

The adorable duo also revealed how they sneak time to themselves in to their hectic lives as working parents.

Watch the clip above to hear how the gorgeous couple finds time to have sex!

Watch the season three premiere of Eric & Jessie Wednesday, Sept. 6 at 10 p.m., only on E!