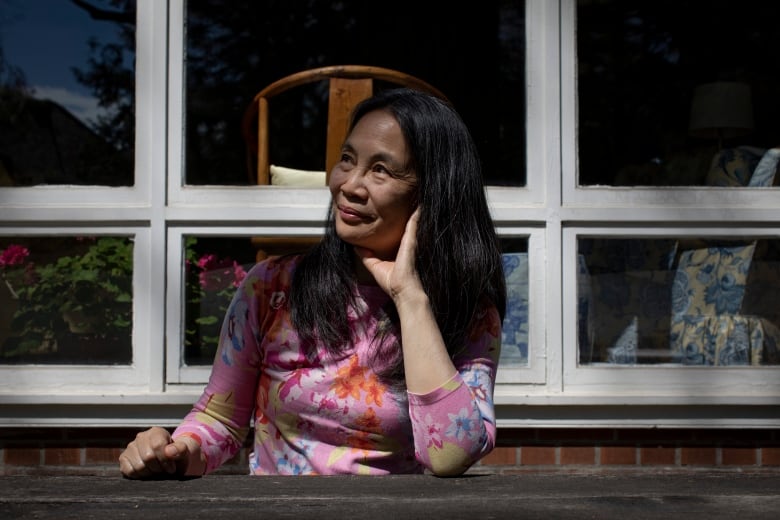 This First Person article is the experience of Jan Wong, the co-founder of the Asian Canadian Women’s Alliance. For more information about CBC’s First Person stories, please see the FAQ.

To be clear, I’m not Korean. As a third-generation Canadian, I’m barely Chinese.

Not that hate-criminals can tell the difference. During the pandemic, they indiscriminately stab, sucker-punch and spit on Filipinos, Vietnamese, and Chinese Canadians alike. This month, Bloomberg declared Vancouver the anti-Asian hate crime capital of North America.

Ottawa lumps us together, too. Asian Heritage Month (May) is the federal government’s equivalent of: “You all look alike.” It’s as absurd as designating a European Heritage Month, as if the French, Brits, Poles, and Germans haven’t — like Asians — spent centuries invading one another.

Asians usually stay in our silos. Some Toronto Asian grocery stores even segregate Chinese soy sauce in a different aisle from Japanese soy. To break down barriers, I recently co-founded the Asian Canadian Women’s Alliance to speak with one voice when, say, some white dude in Atlanta hate-shoots eight people, including six Asian women.

In lockdown, two members of our group — neither of them Korean — recommended Netflix’s Crash Landing on You and Vincenzo. Twelve years of living in Beijing did not make me a fan of Chinese cinema, which was predictable and propagandistic. So I was dubious about Korean shows.

But Crash is an irresistible binge-worthy drama about a spoiled South Korean heiress who accidentally paraglides into the demilitarized zone. I was hooked, especially after learning the screenwriters included a North Korean defector.

Watch the trailer for Crash Landing on You.

I loved Vincenzo, too, an action drama about a Korean adoptee-consigliere to an Italian Mafia family.

To date, Netflix has invested $1.2 billion US in Korean films, including $500 million this year for original content. K-dramas are suspenseful, romantic and comedic, with a fistful of taekwondo and male leads who all cry. To accommodate audience feedback, K-dramas are filmed and aired in the same week, with some actors on IV drips to counter dehydration.

K-dramas can take 10 engrossing episodes to get to a closed-mouth kiss. Compare that to Netflix’s Bridgerton, a Regency romance drama, with rutting in episode one. K-series’ drawn-out romance and zero nudity enable it to flood the Middle East, China, Japan, and even Bollywood, where they are dubbed into Hindi, Tamil and Urdu. Indian viewership for Korean Netflix nearly quadrupled in 2020 over the previous year. Audiences find the fresh modern settings combined with traditional family values relatable, according to an Indian sociologist Otojit Kshetrimayum.

North Koreans are obsessed, too, but the penalty for watching smuggled DVDs is, um, death. (The current dictator’s dad once kidnapped a South Korean star and her director ex-husband in a vain attempt to invigorate North Korean films.)

Listen, I do adore Netflix series about Orthodox Jews, Turkish hitmen and all-American drug lords in the Ozarks. But none of them tug at my heartstrings like ones showing Asians with other Asians — not even Canadian sitcoms like Kim’s Convenience, which is brilliant and funny but not relatable to me, because after 140 years of my family being in Canada, I’m not remotely connected to the immigrant experience.

Millennials, computers and Silicon Valley are three topics that leave me cold, but I’m currently loving Start-Up set in Korea’s high-tech industry. The leading man calls to mind Jane Austen’s arrogant Mr. Darcy. And the food! I laughed out loud when his romantic interest walked into a bar and ordered “a bottle of soju and pork cartilage.”

K-Netflix has changed the way I feel about myself. I didn’t grow up in Montreal feeling Asian men were attractive, but these male leads are hot. Like me, the female leads have straight black hair, dark eyes, slim builds. Most gratifying of all, they’re beautiful despite lacking cleavage.

As an invisible visible minority, I finally feel seen. In a weirdly comforting way, we do all look alike.