Is access to vegan food a human right? Ontario firefighter says it is 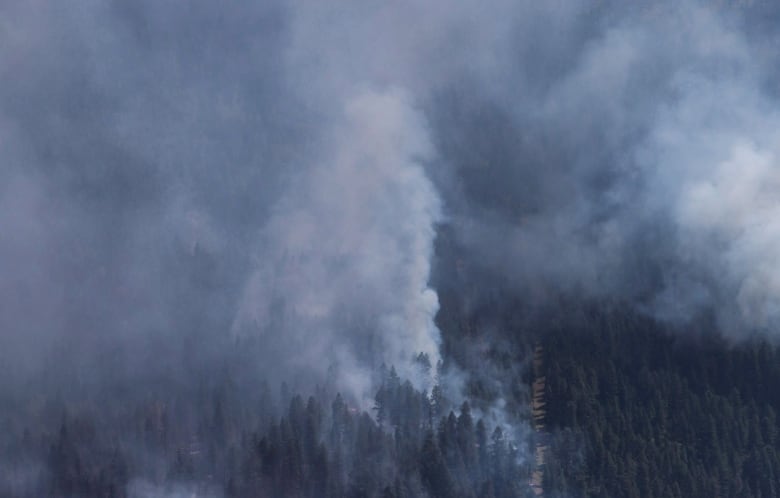 Ontario firefighter Adam Knauff alleges his human rights were violated when he was not provided sufficient vegan food while battling a massive blaze in B.C. (The Canadian Press/HO–Adam Knauff)

An Ontario firefighter alleges his human rights were violated when he was not provided sufficient vegan food while battling a massive blaze in B.C.

Adam Knauff has filed a complaint with the Human Rights Tribunal of Ontario against his employer, the Ministry of Natural Resources and Forestry, over his treatment and subsequent suspension while fighting a fire near William’s Lake, B.C., in 2017.

“The Ontario Ministry of Natural Resources and Forestry discriminated against me and failed to accommodate my sincerely held ethical beliefs (creed) when it failed to provide me with food that accommodated my personal commitment to ethical veganism, and then disciplined me and suspended me because I attempted to assert my right to accommodation of that sincerely held ethical belief,” he wrote in his application to the tribunal.

The ministry, in its response, denied Knauff’s allegations of discrimination and human rights violations.

The case centres on whether veganism is a form of creed — the definition of which was expanded by the Human Rights Tribunal in 2015 to include non-secular beliefs.

Knauff, based in Kenora, Ont., has worked with the ministry since 2008 and is often dispatched outside the province. He filed the complaint based on the grounds that his creed was not accommodated.

“I am an ethical vegan in that I not only follow a vegan diet, but I extend the philosophy of non-consumption of animal products to all other areas of my life,” he wrote.

“I do not think that humans have the moral right to oppress other beings, or to cause them pain and suffering.” 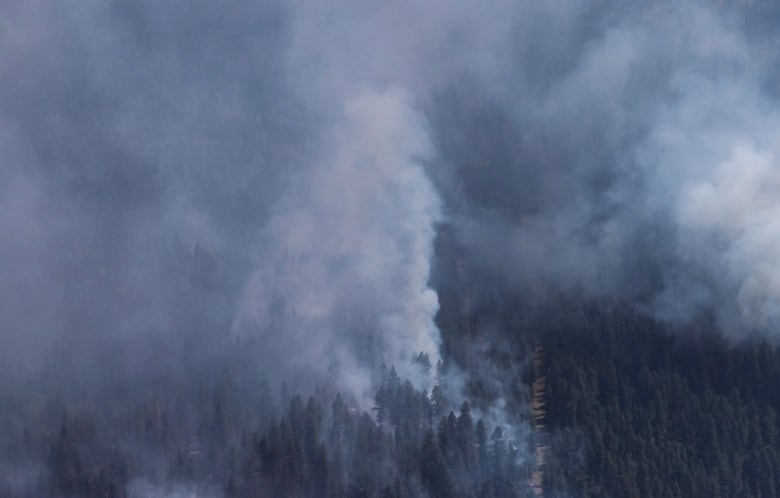 A wildfire is seen from a Canadian Forces Chinook helicopter near Williams Lake, B.C., in 2017. (Darryl Dyck/Canadian Press)

About 10,000 homes were evacuated in William’s Lake, and the only store open was a Tim Hortons that police were helping run, he wrote in his complaint. He said the ministry had long known about his dietary constraints, and he had also filled out a standard food information form for the trip.

“On some days during my deployment to William’s Lake, I was not provided with any food that was vegan or not otherwise contaminated with animal products, and therefore forced to go hungry,” he wrote.

On July 16, he ate salad and side dishes. The next day, he wrote, there were no vegan meals, so he ate plain bagels and coffee from Tim Hortons. The day after that he was given “beans, oatmeal and fruits.”

“After working 16-hour days for four days with inadequate nutrition I began to feel physically ill and mentally groggy,” Knauff wrote. “Until that point I had been trying to push through my hunger and exhaustion, sustaining myself on nuts and fruits.”

He complained to the supervisor who said he’d “work on it,” the documents say.

On July 20, he wrote: “The only source of protein in my dinner was a single black bean.” The next two days he had “inadequate dinners.”

He asked for personnel to buy tofu during one of their service runs. He got three blocks of tofu, gave it to the camp’s chef, but never saw it again, he wrote.

Things came to a head on July 23 when he was looking forward to a big barbecue dinner, where vegan burgers would be served.

But, he wrote, the chef handled beef patties before touching the vegan patties with the same gloved hands.

Knauff said he swore at the chef, who swore back. His supervisor gave him a warning, he wrote. “No one seemed to take my ethical beliefs seriously,” he wrote.

The next night at dinner, he was served stir-fry with no protein. He was promised beans the following day, he wrote.

He took his plate to his supervisor and asked him if he could see any protein on his plate. The supervisor offered him protein bars.  “I was upset and told him ‘no,”‘ and then he told him — with a curse word — to fix the problem.

“I know that I should not have sworn … but I was starving,exhausted, humiliated and defeated,” he wrote. “I had reached my breaking point.”  But the real breaking point came the next day when he picked up his lunch, where, he alleged, half of the food was non-vegan.

He poured it out in front of food staff and said, repeatedly, “this isn’t vegan.” That’s when his supervisor sent him home. The ministry says Knauff was sent home and suspended three days without pay due to his “inappropriate, insubordinate, unprofessional and aggressive behaviour.”

He was also banned from fighting fires outside the province for the remainder of 2017 and all of 2018. The ministry also alleges Knauff threw the non-vegan food at staff, which Knauff denies.

Base camp was difficult for all involved, as was trying to feed 1,000 firefighters with the closest towns with open stores hours away, the ministry says.

It also argues that Knauff’s “vegan status is a sincerely held lifestyle choice, but does not meet the legal definition of creed.”

It further argues that it “supported the employee and accommodated his food restrictions as if it were a component of his health needs or part of a recognized creed.”

Camille Labchuk, the executive director of the advocacy group Animal Justice, said it hopes to intervene in the case because veganism in the workplace isn’t limited to Knauff.

“Ethical veganism has never been ruled a form of creed,” Labchuk said. “This is a test case, but it’s important to have a clear statement from the tribunal.”