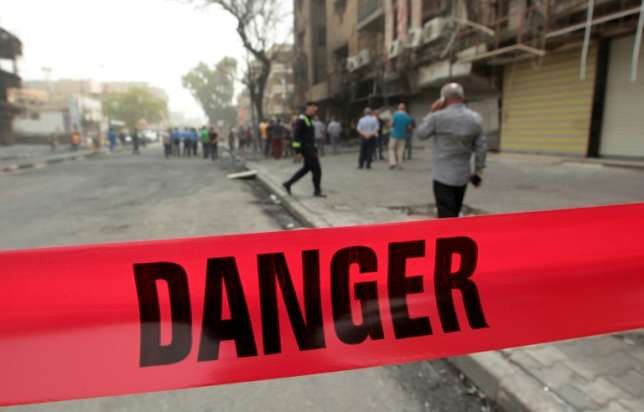 A suicide car bomber killed at least 24 people in an attack on a busy market in a town north of Baghdad on Tuesday, officials said.

A suicide car bomber killed at least 24 people in an attack on a busy market in a town north of Baghdad on Tuesday, officials said.

Dozens more were wounded when the attacker blew up the vehicle in the middle of the fruit and vegetable market in Tuz Khurmatu.

A doctor at the town’s general hospital put the number of wounded at 80, some of them lightly injured.

There was no immediate claim of responsibility.

play Map locating Tuz Khurmatu in Iraq, where many people died in a suicide attack on a busy market

Suicide attacks in Iraq are usually claimed by the Islamic State jihadist group, which has suffered a string of military defeats and last week lost control of the last town the jihadists held in the country.

Tuz Khurmatu is home to a mixed Kurdish, Arab and Turkmen population. It was the scene of deadly violence in mid-October when Iraqi forces retook it from Kurdish control in response to a Kurdish independence referendum.

Turkmen MP Niazi Maamar Oglu said an attack of Tuesday’s magnitude had not been seen in the town “for years”.

A security chief in Salaheddin province, Mehdi Taqi, told AFP that a curfew was imposed immediately after the bombing.

“There are still some areas west of Tuz Khurmatu that serve as hideouts for IS and we will soon be carrying out operations to clean them up,” Taqi added.