Inuit come to Montreal for medical care. The lodge where patients stay is riddled with problems 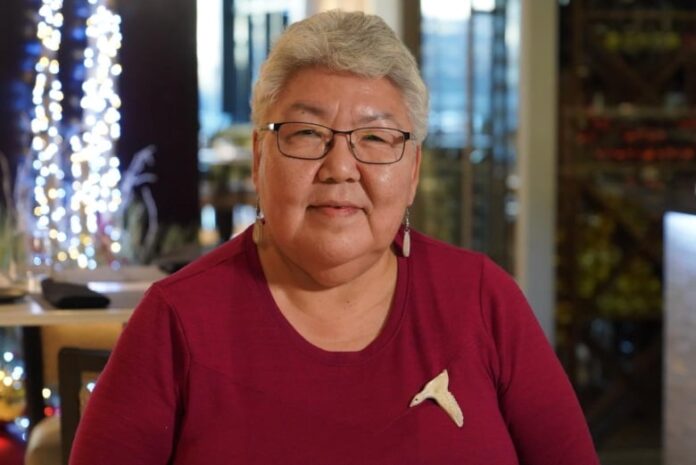 For years, Inuit who flew south to Montreal for medical care were relegated to a YMCA on the western edge of downtown.

Finally, in 2016, a new centre, called Ullivik, was opened near the city’s airport.

The new building has the appearance of a boutique hotel from the street, with a stone Inukshuk out front and signage in Inuktitut.

It was intended to serve as a place of healing for the hundreds who come to the city every month for treatment.

But more recently, providing a welcoming environment has been a challenge.

Patients at Ullivik have posted dozens of photos on social media of bed bugs and unappetizing food and complained about treatment by security personnel.

The centre has also struggled with high staff turnover and allegations of mismanagement.

In the midst of this upheaval, Rita Novalinga was hired as director of Ullivik in November — its fifth since 2020.

“I have two roles to play: to be compassionate and to be a leader,” said Novalinga, a former corporate secretary with Makivik Corporation, an organization that represents Inuit in Nunavik.

“That’s what I’m trying to do with the people that need my help.”

‘All Inuit get lumped into this category’

The challenges ahead are immense.

This past August, two women staying at the lodge were struck and killed by vehicles on the nearby highway, less than 24 hours apart.

Their deaths are being investigated by Quebec’s coroner’s office.

As well, an online petition launched earlier this year has nearly 1,000 signatures. It describes the food as “atrocious” and the staff as condescending to those who stay there.

Nellie Tookalook was at Ullivik last month with her son, who required surgery on his broken leg.

Although she welcomed a place to stay during a difficult time, she said the hallways were dark and the beds and pillows were uncomfortable.

“They are no good for people who are healing from broken bones,” said Tookalook. “They need to be changed big time.”

But her biggest complaint was about the staff at the front desk, some of whom she found disrespectful.

She requested a room with a bathtub because her son had a hard time using a shower after his surgery. The room she was shown by an employee was dirty and too small.

“I told him I don’t like how we’re being treated over there and he told me to talk to one of his supervisors and I asked who the supervisor was and he actually told me to figure it out myself,” she said in a phone interview.

“The people who are there working for us, they need to be more understanding, more caring, and not be so rude.”

She said many clients feel like their feedback has been ignored.

“I think the people that are running the place, they need to inspect the whole building. The showers, the beds,” said Tookalook. “They need to go see for themselves to see what we’re talking about.”

Misty Tertiluk was at Ullivik for 12 days in October. She said it was dirty and a staff member unexpectedly came into her room to check on her during the night, in what she was later told was a mix-up. Tertiluk said she feared she would be sexually assaulted.

“I don’t ever want to enter that building,” she said in an exchange on Facebook.

Another woman who has stayed at Ullivik several times, most recently in September, said the security guards and the drivers who take patients to and from the airport are among the biggest problems.

She said she has felt discriminated against because of her background.

“All Inuit get lumped into this category, that all are drunks,” she said.

“They have the predetermined idea that every person is there just to be drunk.”

The woman, and several other people who spoke with CBC, asked not to be identified because they rely on Ullivik and expect they will need to stay there again when they receive medical treatment.

According to Quebec’s Ministry of Health, more than 5,000 patients made the trip to Montreal from Nunavik for medical care — along with about 2,000 escorts in 2019-2020.

The following year, the volume dropped to about 3,800 patients and 1,500 escorts due to the pandemic.

Richard Budgell, a Labrador Inuk and an assistant professor in the department of family medicine at McGill University who teaches about Inuit health, said the practice of sending patients south for treatment — which is similar across much of Canada — can be challenging for patients.

“You’re ill or injured and you’re a couple 1,000 kilometres away from home,” he said.

“So to provide an environment that is welcoming and that clearly has an Inuit orientation is challenging.”

Not big enough from the start

When the 91-room, 143-bed centre opened five years ago, it was viewed as a step forward in health-care access for Inuit living in Nunavik, the autonomous territory in northern Quebec.

Almost immediately, though, it was clear the space wasn’t big enough.

Nunavik has two health centres on its territory but for major interventions and more complex cases, patients must fly south to get treatment.

On its opening day, Ullivik had to rent 11 rooms in a nearby hotel to accommodate the overflow.

Ullivik has since entered into an agreement with a nearby hotel to take on several dozen patients a night. That hotel has also been the subject of similar complaints, including bedbugs and tension with staff.

Ullivik was designed to house roughly 4,000 people a year. Instead, the demand is roughly twice that (and Ullivik is on pace to take on even more in 2022).

The centre has a no-alcohol or drugs policy, but it has struggled with controlling the problem.

Between August and October 2022, one-third of the 826 incidents reported at Ullivik were related to alcohol or drug consumption, according to a presentation at a health authority board meeting.

The centre has a quiet room where patients can sober up and has tried to improve the situation,in partnership with the Native Friendship Centre of Montreal.

The organization is carrying out patrols to identify risks in the area and what can be changed.

It has also met with Montreal police and representatives from the city of Dorval to discuss ways to make the area safer for pedestrians.

Ullivik has also struggled with high staff turnover and allegations of mismanagement.

A 2019 internal audit obtained by CBC News detailed problems with the bookkeeping of Ullivik, including awarding contracts without tender and failing to keep a record of some expenses.

A former director, for instance, allegedly had remnants from the construction of Ullivik – 21 boxes of wood flooring – delivered and installed at her personal residence, according to the audit.

A year later, the Quebec government ordered an investigation into Nunavik Regional Board of Health and Social Services, which oversees Ullivik.

The board has been the subject of reports of mismanagement, and it has struggled with staffing shortages.

The provincial government has yet to make its findings or recommendations public, though the Nunavik health board confirmed it has received it.

In a statement, Quebec’s Ministry of Health said it is working with the board to apply the recommendations laid out in the report.

A commitment to improvement

At a recent board meeting, Novalinga was candid about some problems at Ullivik and said she would do her best to improve the situation.

She said Ullivik is looking for more Inuit staff and trying to improve the food in collaboration with the company that has the contract.

One of her goals is to expand Ullivik’s capacity, given the reliance on the nearby hotel.

“There’s about 13,000 Nunavik people, so we are growing fast,” said Novalinga.

Asked about the allegations of mismanagement, Novalinga told CBC, “I don’t know anything about that.”

When asked about the negative comments about Ullivik on social media, she said she’s trying to get first-hand information about what’s happening on the ground.

To that end, she said she’s doing spot checks three times a day — in the morning, during lunch and in the afternoon when the bus comes back from the hospital.

“I beeline for the elders to see how they are treated, what they are doing, what their needs are,” said Novalinga.

“I always tell them, if you have a problem, let me know, just flag me down and ask your escort to call me.”

More generally, Novalinga said she’d like to recreate a sense of community far from home. Many of the activities Ullivik offered stopped during the pandemic, which created a feeling of isolation.

If she can find the funding, she’d like to offer programs on-site such as beading and sewing classes, as well as bingo in the evenings.

Tookalook is optimistic Novalinga can make those changes – and hopes they are made soon.

“There needs to be a lot of fixing over there,” she said.