Insulting Religion In The Name of Art: Between Beverly Osu and FalzÂ – Rasheed Abubakar writes 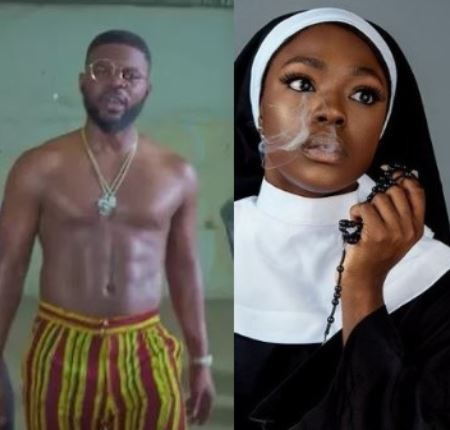 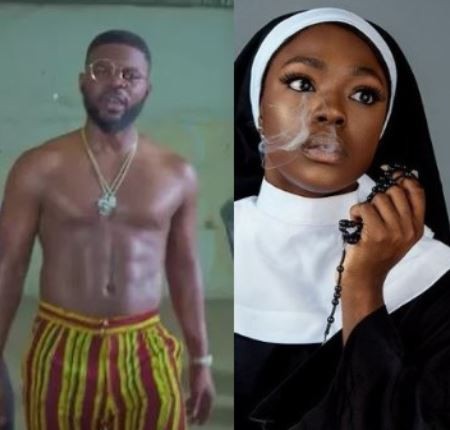 Read the piece from Rasheed Abubakar below…

The scandalous pictures of former Big Brother Africa (BBA) housemate, Beverly Osu, where she was captured smoking in a seductive nun attire with rosary in hand, has set social media ablaze since it first appeared online on September 10, 2018.

Just like the heavy criticism that greeted the crass immorality she displayed in 2013 during the controversial BBA show that first brought her to the limelight, the social media trolls – majority of which are Christians – did not spare her, as they called her unprintable names, including “Osu”, a derogatory Igbo name for an outcast, for “disrespecting” the Catholic religion and the nun attire in the controversial photo-shoot.

An overwhelming number of comments I read on different blogs described the offensive images – which appeared in the latest edition of Taylor Live Magazine – as “outrageously disgusting”.

An online platform, Pulse.ng ran a story with the screaming headline, “Twitter destroys Beverly Osu for ‘disrespecting’ nun pictures”, where the video vixen and model was torn into pieces by Christian netizens.

However, some of her fans and colleagues in the entertainment industry, including the Nigerian OAP, Daddy Freeze – famously known for disagreeing with some Nigerian pastors over some doctrines – rallied behind Beverly, calling the shoot “a mere work of art”. 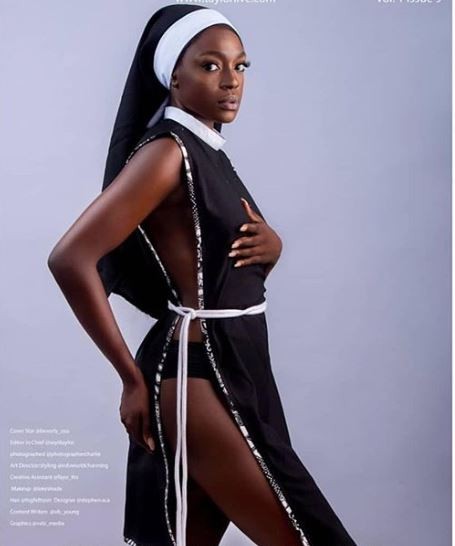 It is however saddening that majority of those who criticised Beverly for ridiculing the sacredness of the nun attire and the Catholic rosary strongly defended another actor-singer, Falz the Bahd Guy when he ridiculed Islam and the Hijab by featuring shaku-shaku dancers wearing the Hijab in his now banned song, “This is Nigeria”.

One would have thought they would defend Beverly Osu the same say they defended Falz, but alas, they made a U-turn and concluded that religion – but only THEIR religion – should be left alone from all ridicule. You know why? Their religious garb is under attack.

Compare the reactions to Falz’s “This is Nigeria” on the comments section of the Linda Ikeji Blog as published in May 5 to the reactions that trailed Beverly Osu’s offensive photo-shoot as appeared on September 11 on the same platform. This is a sterling example of double standards gone too far, as Falz was praised for ridiculing the Hijab, while Beverly received knocks for disrespecting Catholic symbols.

Sadly, Muslims who reacted to the insults on the Hijab were tagged extremists.

It is an undisputed fact that the Hijab is a compulsory apparel for Muslims as ordained by Allah in the Qur’an (24: 31; 33:59), the same way the nun attire and the rosary is sacred to Catholicism, a branch of Christendom. 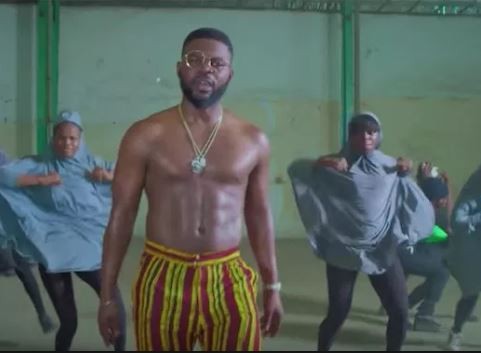 The fact that some ignorants wear the Hijab or the nun attire to commit indecent acts is not a justification for anyone to drag their sanctities in the mud, all in the name of art.

I am familiar with the Nigerian entertainment industry as a former writer for a popular soft-sell journal, and I can say without mincing words that the industry is one of the spiritual battlegrounds in the 21st century.

Today on social media, entertainers insult the religious sensibilities of their followers for fame and glam, same as Beverly Osu attempted to do after several failed attempts to attain stardom.

For instance, they say: “If you want to be famous and get more traffic on your social media platforms, insult Islam. The Muslims will come for you because they don’t joke with their religion.”

However, the Beverly Osu incident has proven that, not only Muslims, but Christians also do not toy with their religious symbols, especially when such come under attack. Religion is no doubt a way of life!

Ironically, as Africans, we are oblivious when the sanctities of what we call “imported religions” are under attack in the hands of elements who hide under “works of art”, because those religious institutions have been abused by some clergymen who are supposed to be vicegerents of God on earth.

Yet, it is never a justification to blaspheme symbols of any religion due to the inadequacies of their adherents.

It is high time the relevant agencies looked into the activities of the creative industry. It is not just right to mock the beliefs or symbols of others’ religions in whatever guise, especially in a multi-religious, multi-cultural and multi-ethnic country like Nigeria, where the citizens are easily divided over religious issues. 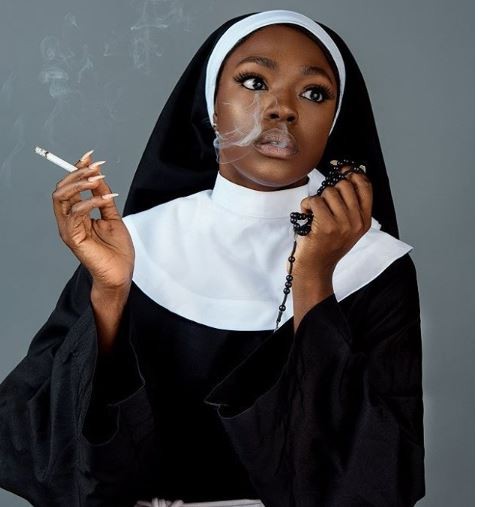 The creative industry should know that freedom of speech is not absolute. The truth is, when freedom is not controlled and regulated, it leads to destruction. That is why there are laws of sedition, defamation, invasion of privacy and blasphemy in civilised countries of the world, including the United States. Several European countries also have anti-Semitism laws which place limitations on speech, expression and artistic work.

On March 11, 2005, for instance, the Roman Catholic Church won a suit banning a depiction of the Last Supper by a leading fashion house, Marithe and Francois Girbaud, which replaced the Apostles with lightly clad women – one of them with her arms around a half-naked man in jeans. The French judge in the case, Jean-Claude Magendie ruled that, “The offence done to Catholics in the ad campaign far outweighs the desired commercial goal.”

The French scenario is similar to what played out in Falz’s “This is Nigeria” and Beverly Osu’s scandalous Reverend Sister-themed photo-shoot. Unfortunately, while the Church in France dragged the fashion house to court for the violation of her religious rights, Nigerians were divided, fighting dirty on social media, when they were supposed to petition the appropriate agencies or sue the culprits to court for their insults on religion.

The Nigerian parallel court systems (Customary and Shari’iah) spelt out punishments for blasphemy and insult on religion. Such punishments have been invoked in some cases, based on Section 204 of the Criminal Code under Chapter 77, which states that:

Any person who does an act which any class of persons consider as a public insult on their religion, with the intention that they should consider the act such an insult, and any person who does an unlawful act with the knowledge that any class of persons will consider it such an insult, is guilty of a misdemeanour, and is liable to imprisonment for two years.”

Laws like this will help protect the sanctity of all religions from insult and promote religious pluralism, where members of different religions live together Bi-Salam (in peace). Whoever violates the law, irrespective of his or status in the society, including the artistes, should be prosecuted and punished. Nobody is above the law!