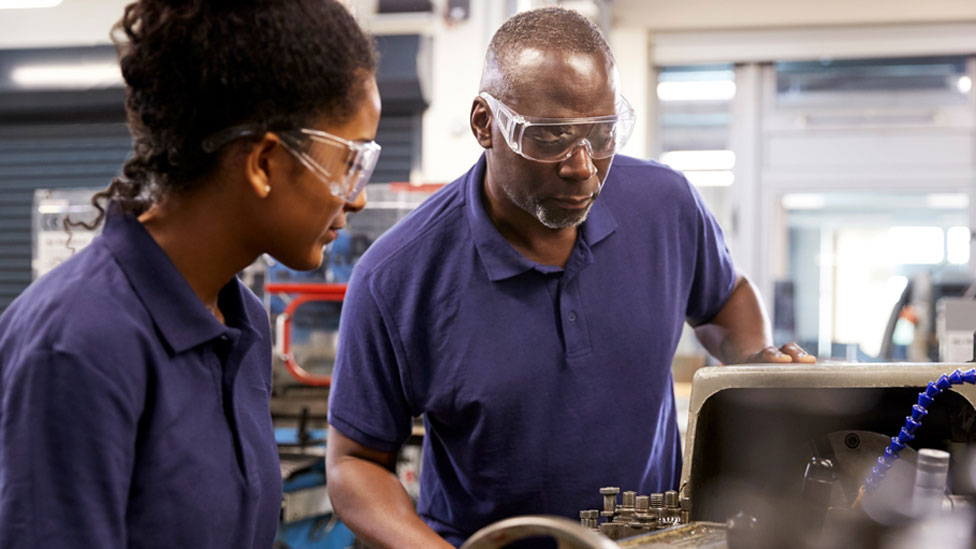 The government has announced the locations of 12 “Institutes of Technology” in England, intended to provide high-quality skills training.

The aim is to offer young people a vocational alternative to universities.

Employers will support the institutes, most of which will be based around existing colleges and universities.

The dozen include four based in London, two in the west Midlands and the other six in Milton Keynes, Swindon, Durham, Exeter, York and Somerset.

Prime Minister Theresa May said they would “end outdated perceptions” that were biased against vocational skills.

But Labour said the plans were too small-scale and would not help the “overwhelming majority” of students in technical education.

Vocational training has often been seen as being underserved by the education system, with more status attached to young people taking an academic pathway, through GCSEs, A-levels and university.

The idea of introducing a network of Institutes of Technology is to create a high-quality route to gain skills and technical qualifications, comparable to going to university.

They will begin opening from the autumn, supported by funding of £170m.

The institutes, based in further education colleges and universities, will each have an industry specialism, and use the expertise of relevant employers.

For instance, the planned institute in Durham will involve local colleges, Newcastle University and Nissan, with a specialism in “digital advanced manufacturing”.

In east London, Queen Mary, University of London will lead a group with Newham College and employers including Siemens, with specialisms of transport and engineering.

There have been warnings that by international standards, England has relatively low numbers of people trained for advanced vocational skills.

The review of higher education funding, chaired by financier Philip Augar, is believed to have been looking at ways to improve access to student finance for those taking vocational courses.

There are plans for a new technical qualification, the T-level, to be introduced next year, which is the latest attempt to create a vocational equivalent to A-levels.

“I firmly believe that education is key to opening up opportunity for everyone – but to give our young people the skills they need to succeed, we need an education and training system which is more flexible and diverse than it is currently,” said the prime minister.

“These new institutes will help end outdated perceptions that going to university is the only desirable route, and build a system which harnesses the talents of our young people,” said Mrs May.

Matthew Fell, policy director of the CBI business group, said: “Expanding high-quality technical education and training is a top priority for employers, who will welcome this extra investment.”

The institutes will be the “pinnacle of technical training”, said Education Secretary Damian Hinds.

He hoped they would “make sure young people have the skills they need to build a well-paid rewarding career, while the economy gains the skilled workers it needs to be more productive”.

But Labour’s shadow education secretary Angela Rayner said the institutes did not match the scale of the demand.

“While investment in further education is desperately needed, this announcement will do nothing for the overwhelming majority of providers and students in technical education,” said Ms Rayner.

She said the funding did not replace the money already lost to further and adult education budgets – and the proposed institutes did not cover enough of the country.

“When they first announced this policy years ago, the government said they would make higher-level technical education available in all areas, yet this list does not include a single university or college in the north-west,” she said.

The leads to set up the Institutes of Technology are: