Inside the police bust targeting movers accused of scamming customers 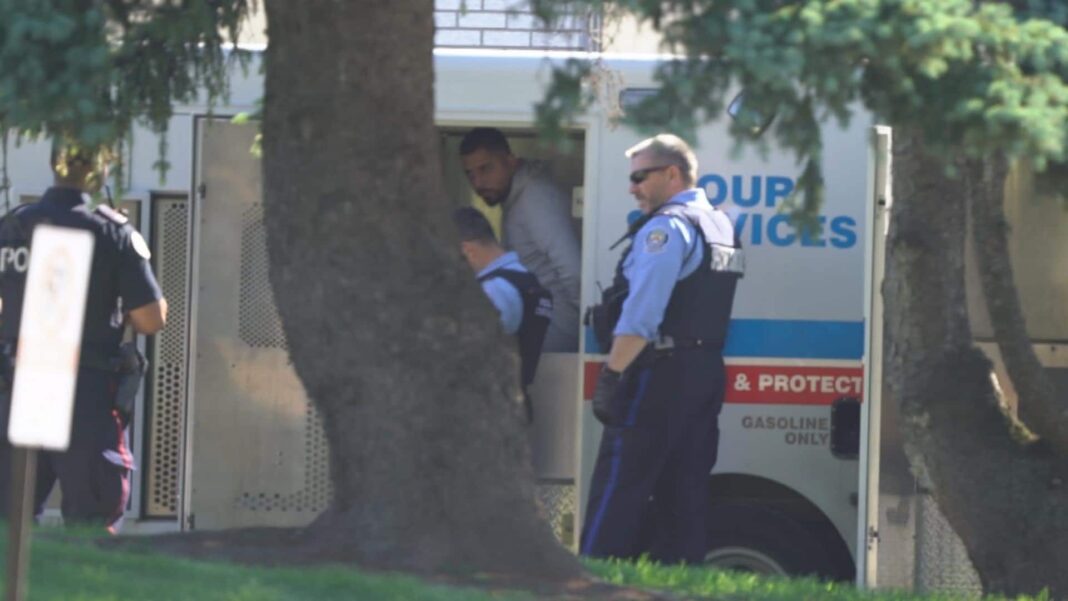 The two men had avoided criminal charges for their alleged moving scam, even after years of customer complaints. But when they arrived at their Scarborough, Ont., business park in June, undercover police in more than a dozen vehicles were waiting.

The takedown was immediate.

In the weeks that followed, the charge sheet would grow to more than 800 counts, including fraud, theft and conspiracy, related to more than a dozen moving companies operated by the men that moved customers locally and across the country.

It is perhaps the largest ever prosecution of movers accused of scamming their customers.

None of the allegations has been proven in court.

As Dogan Celik and Cemal Ozturk were led away in handcuffs, a CBC Marketplace team was watching.

This is the story of how the case came together. 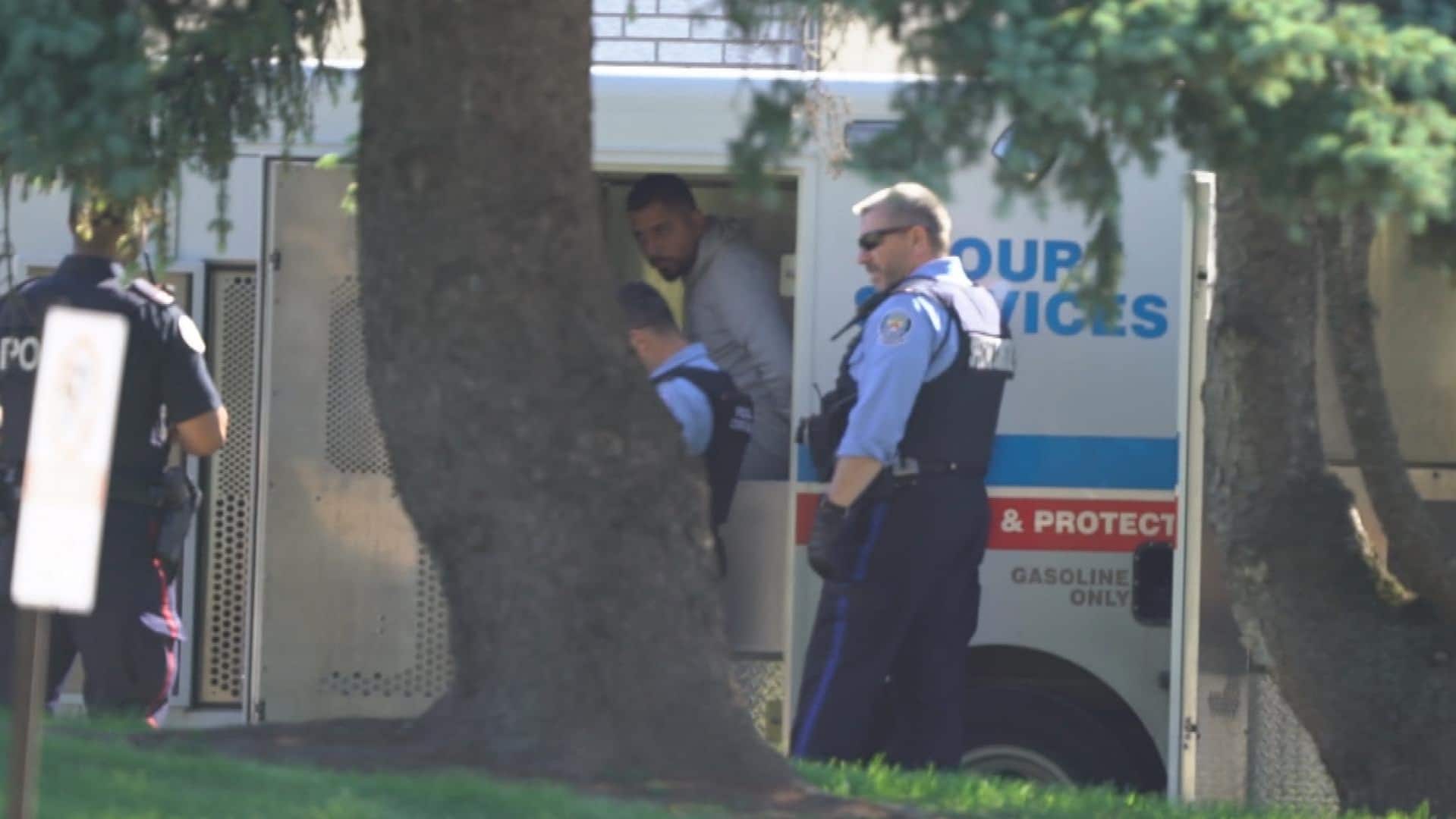 After years of complaints, movers who police allege would quote low but charge high moving prices are arrested, and have hundreds of charges laid against them.

Complaints had been steady for years, to police, the Better Business Bureau, Consumer Protection Ontario and online reviews.

But investigators suggest that when a moving company name became too problematic, the name would be changed. A reset of sorts to wipe the slate clean.

“The new company names that were created back in March of this year weren’t on our radar,” said Const. Chris Long of Toronto police.

His investigation began soon after a Marketplace episode aired that looked into the same set of moving companies, but police say they were not aware of that episode until later in their own investigation.

The alleged scam uncovered by Marketplace appears to be identical to what police later found. It would begin with a customer being offered a quote or estimate based on what the movers described as an industry standard. On moving day, they had customers sign a new contract.

But “once that victim’s property was en route to their destination, they were contacted by a representative of the company and told that they would have to pay much higher prices, sometimes in the range of 300 to 500 per cent of the original estimate,” said Long.

This was often based on claims that the belongings weighed more than the original quote.

If the customer didn’t pay, police and customers allege the movers would threaten to dispose of their belongings.

But investigators had a gap in their information.

They were typically only contacted after a customer realized something was wrong. There was no proof of what their belongings weighed before the move. And once the movers loaded up their truck, they required customers to sign a contract agreeing to a flat weight, while also waiving any right to actually weigh any of it.

And then another officer told Long what he’d just seen on television: the original Marketplace investigation where journalists posed as customers and conducted a move with one of the suspect companies. The journalists did weigh their belongings, and had proof that the suggested flat weight was much higher than the actual weight of the items. They also used hidden cameras and satellite trackers as part of the investigation.

“It was good for me because it provided some insight,” said Long. “It gave me a lot of confirmations about what I was doing.”

When police arrested the alleged principals of the various companies, Ozturk and Celik, they also found hundreds of pieces of furniture and boxes belonging to customers in their warehouses.

They knew what to look for, they later said, because Marketplace had hidden camera video inside the warehouse in its episode.

At least some of the contents were being held pending further payment.

Marie Clarke Walker began her move from Ottawa to Toronto with an estimate of $723.20. Soon after pickup, that price jumped to $4,009.26.

She thought she would never see her belongings again — until she received a call from police saying “we found your things,” a moment she describes leaving her “extremely happy.”

“It wasn’t the couch and the four beds” that she was most excited to see. Instead, it was “pictures, those mementoes that I could never get back.”

Other moving companies, all members of the Canadian Association of Movers, collected her belongings — and those of dozens of customers — and returned them.

Walker is now one of dozens of customers connected to the criminal complaint.

Ozturk and Celik now each face more than 270 counts of various charges from fraud to possession of the proceeds of crime, conspiracy, theft and mischief.

Marketplace approached both men for comment, though neither said a word. It also contacted their lawyers, but received no comment. Prior to the episode’s broadcast in March, Celik did send a statement saying he values his customers and promised a full review of operations.

The movers’ bad week gets worse

After the arrests in June, investigators moved quickly to transfer the two men to Toronto’s South Detention Centre, a sprawling complex with few windows and high walls.

They would spend six days there, appearing in court by video link in orange jumpsuits, until being released on bail.

Lawyer Rocco Scocco was waiting for them.

“While I’m pleased to see law enforcement do this … I’ve been disappointed in them for the past two years because these shouldn’t even be on my desk as a civil litigator,” he said.

The lawyer was in the jail parking lot with stacks of civil lawsuits from past customers. He needed to serve the two men with the paperwork, but had been unable to find them.

Ozturk was the first to leave and moved quickly to a waiting car.

But the driver of that car had his window open as he sped away. Scocco hurled the lawsuits into the car while yelling, “You’ve been served, Mr. Ozturk.”

A similar scene played out minutes later when Celik was released.

In the weeks that followed, Chatham-Kent Police would also charge the two men.

Two more individuals connected to the businesses would also be arrested. Days after the initial arrests, police would pick up a woman who now faces 269 charges. Police updated the investigation in the fall, announcing the arrest of a second woman on a handful of charges.

There are also more than a dozen pending civil lawsuits against Ozturk and his Move Me Again company.

It is a long legal road ahead, and the largest ever investigation for Long of Toronto police, as he works to prove his assertions in court.