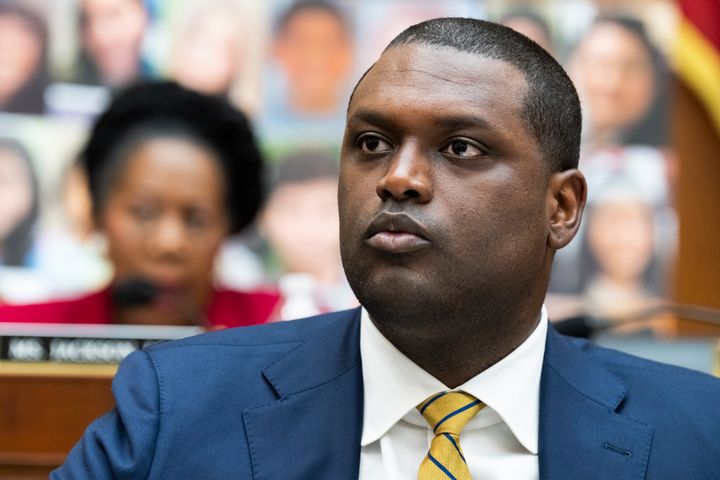 The new, court-ordered maps ― finalized in late May ― set off a scramble as rival incumbents prepared to face off against one another and primary challengers cast about to optimize their odds.

A new congressional district, New York’s 10th, emerged as something else entirely: a solidly Democratic seat in which an array of different contenders could compete in an open field. Voting is scheduled to conclude on Aug. 23.

The district, comprising lower Manhattan and a cluster of contiguous neighborhoods in central and South Brooklyn, is a racially and economically diverse subset of the Big Apple. It has some of New York City’s largest Chinese and Latino populations, a vibrant LGBTQ community, a high concentration of affluent liberal voters, and a chunk of Borough Park, an Orthodox Jewish enclave.

The district has attracted a broad range of Democratic candidates befitting the diversity and liberal leanings of its residents. Below is a rundown of the top 8 contenders, in no particular order. (Head over to the Gotham Gazette for a comprehensive list of announced candidates.)

Rep. Mondaire Jones, one of the first two openly gay, Black members of Congress, handily won a crowded Democratic primary in New York City’s northern suburbs in 2020. One of his opponents, an heir to a biotechnology fortune, heavily outspent Jones — and still lost by a wide margin.

But faced with a more conservative electorate and a bruising primary against the head of the Democratic Congressional Campaign Committee, Jones, a staunch progressive, decided to try his luck in an entirely new district rather than stick it out in the suburbs.

Jones is likely to face some skepticism from voters — and rivals — for moving to the district in order to run. But he enjoys advantages that could blunt some of that challenge. A fundraising powerhouse, he starts the race with nearly $3 million in cash, the support of influential Democrats and exposure on cable television that he is already using to tout his commitment to tougher gun regulation.

New York State Assemblywoman Yuh-Line Niou is one of the highest-profile members of a young crop of progressives who represent New York City in the state capital of Albany. Elected as a state lawmaker in 2016, she defeated a candidate backed by the disgraced former Assembly Speaker Sheldon Silver, who had previously held the seat. Her victory doubled Albany’s contingent of Asian American lawmakers to two.

Niou, a Taiwanese immigrant who already represents Manhattan’s Chinatown, would be New York City’s second Asian American member of Congress. At a time when Asian New Yorkers are experiencing rising incidents of violence, Niou has said that ethnic representation is more important than ever. (New York’s 10th includes the Chinese community in Sunset Park, Brooklyn, as well.)

Niou has also carved out a niche as an outspoken progressive willing to buck the state’s Democratic establishment. She was an early endorser of Sen. Elizabeth Warren’s presidential bid and a consistent critic of then-New York Gov. Andrew Cuomo (D). The most hardcore elements of the activist left are already gravitating toward her campaign; the New York City chapter of the Sunrise Movement, a youth-led climate action group, endorsed her on Monday.

New York City Councilwoman Carlina Rivera currently represents several of the lower Manhattan neighborhoods in New York’s 10th, including the Lower East Side, where she grew up in Section 8 housing. The daughter of a unionized city employee who moved to New York City from Puerto Rico, Rivera got her start in city politics fighting to ensure affordable housing and community input in a major Lower East Side construction project.

While other candidates have clearer ideological lanes, Rivera is a mainstream progressive running as a pragmatic and dogged advocate for her constituents. She touts her work sponsoring athletic programs for youth in her district and the establishment of one of the country’s first municipally backed funds to help women from other states seeking abortions in New York.

Rivera, who ran unsuccessfully for city council speaker last year, sees the chance to land similar benefits for her community if sent to Washington. She would also provide Hispanic representation to a district with large Puerto Rican, Dominican, Mexican and Central American populations. A possible endorsement from her mentor, Rep. Nydia Velázquez, is something to watch for.

Former New York City Mayor Bill de Blasio, a resident of Park Slope, where progressive politics are as foundational as the multimillion-dollar brownstones, starts with sky-high name recognition and the rare distinction of earning disdain from both the city’s most conservative voters and its most left-leaning ones.

But if de Blasio is the former mayor everyone loves to hate — even a former spokesperson is now advising Jones — he is also routinely underestimated by his opponents. He boasts strong ties to the city’s most powerful labor unions, whose support for current Mayor Eric Adams he helped organize. He retains a base of support with working-class Black New Yorkers. And he has experience courting ultra-Orthodox Jewish voters in Borough Park, part of which he represented on the city council years ago.

Maud Maron is a criminal defense attorney angling for the centrist lane in New York’s 10th. She has been an outspoken critic of the left-wing movement to reduce law enforcement funding, the closure of New York City’s public schools during the COVID-19 pandemic, and the consensus among liberals that gender is separate from biological sex.

Daniel Goldman, a former federal prosecutor and House Democrats’ lead attorney during the 2019 impeachment of then-President Donald Trump, is making his debut as a candidate for public office.

A resident of lower Manhattan, he is campaigning as a champion of voting rights and a fierce opponent of right-wing authoritarianism. Goldman’s run will test the staying power of the stardom his impeachment work earned him with the viewership of MSNBC and other liberal outlets.

Assemblywoman Jo Anne Simon has represented downtown Brooklyn and several brownstone-Brooklyn neighborhoods in New York’s 10th since 2015. A disability civil rights attorney, she touts her work advocating for immigrant rights, expanded health care access and stricter gun control. While she ran unsuccessfully for Brooklyn borough president in 2021, she has a base of support in Brooklyn from which to build.

When Elizabeth Holtzman unseated 50-year incumbent Rep. Emanuel Celler in 1972, she was the youngest woman ever elected to Congress. After playing an active role in the investigation of then-President Richard Nixon’s Watergate scandal, she made history as Brooklyn’s first female district attorney and New York City’s first female comptroller.

Many decades later, Holtzman believes her experience taking on Nixon equips her to beat back Trump and the authoritarian tendencies he has unleashed.