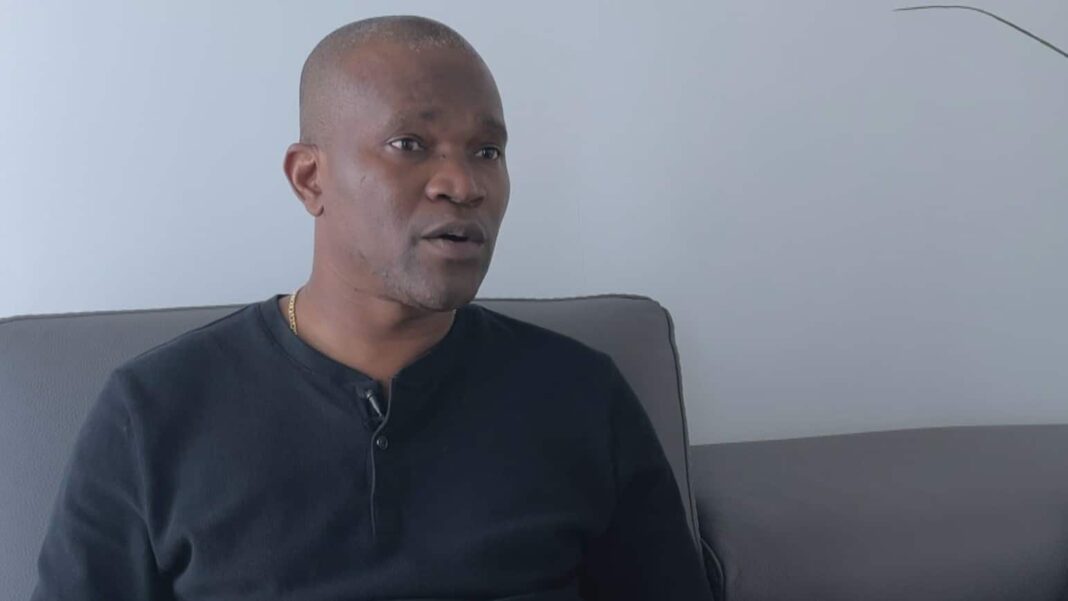 Brice Dossa said he was “humiliated” and discriminated against after Montreal police officers handcuffed him for the theft of a car that ended up being his, and then didn’t have the key to uncuff him.

“I could be attacked anywhere for no reason. I’m not a criminal,” said Dossa, who added he was never afraid of police until Thursday’s incident.

“I feel traumatized. I feel I’ve been humiliated and this is a discrimination…. Everyone I spoke to said, ‘If you were white, this could have been [handled] differently. They would not have done that to you.'”

WATCH | Brice Dossa describes the moment he was wrongfully handcuffed: 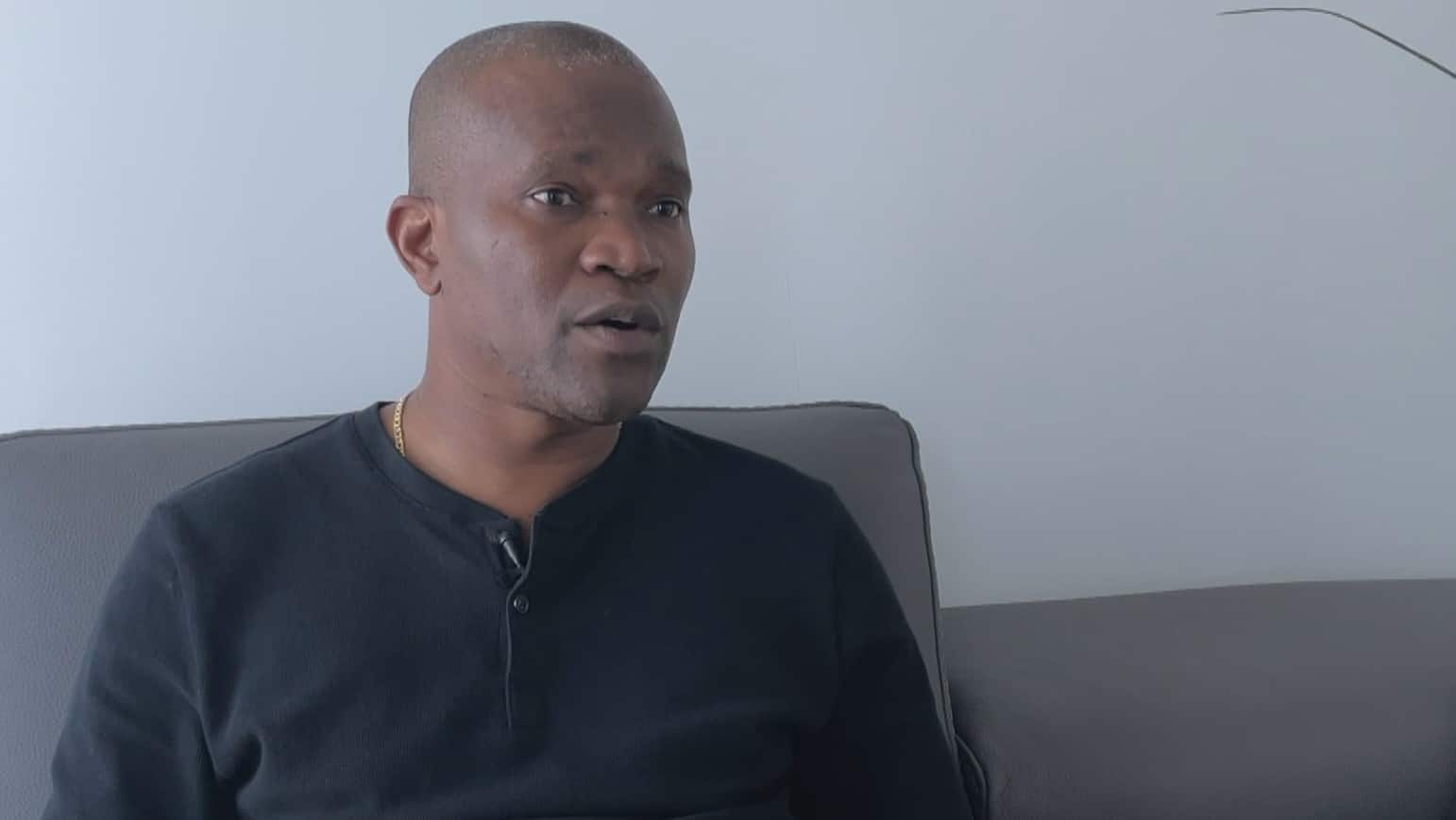 Brice Dossa describes the moment he was handcuffed by plainclothes officers who didn’t have the key to release him once they found out his car in fact belongs to him, an incident he says left him traumatized and humiliated.

Dossa said he went to McDonald’s to get fries and, while trying to get back in his vehicle, plainclothes officers charged at him without identifying themselves and handcuffed him.

According to Dossa, once he was in handcuffs, they said his vehicle had been reported stolen and they asked for his name. Only then did they scan and identify the vehicle, confirming it was his, he said. Then, they couldn’t get him out of the handcuffs, as they didn’t have the key.

Dossa said the officers called the station for help and it took about 15 minutes for a colleague to get the handcuffs off.

After his release, Dossa said, he asked the officers for their identification numbers and photographed the unmarked cars’ licence plates. He said officers tried to prevent him from doing so, but he did not trust they gave him the correct information.

Dossa asked a passerby to record the incident to prevent police from changing their story in case he pursued legal action. The video was posted on social media and went viral.

In a Twitter post, the Service de police de la Ville de Montréal (SPVM) said they had seen marks on the car, which led them to suspect it was stolen. It said the officers handcuffed Dossa because he got back to his vehicle before they could finish scanning it.

CBC independently confirmed the car is new and has no marks.

“Even if there was a mark on the vehicle, for instance, and I wanted to get in the vehicle — they could come in a professional manner, introduce themselves and ask me to be identified,” said Dossa.

“I could give it to you and then you can see if it’s a stolen car or not. Not to traumatize me. Or is it because I’m Black you’re treating me this way?”

Alain Babineau, the racial profiling and public safety director at Red Coalition and a 27-year veteran of the RCMP, said he wonders if Dossa was handcuffed because the officers see Black men as being inherently violent.

Babineau, who became a jurist after leaving the police force, said officers can detain someone if there are reasonable grounds to suspect criminal activity.

But when someone is subject to investigative detention by police, they must be allowed to leave. While police can handcuff someone who poses a threat, Babineau said, the move escalates the interaction into an arrest.

Fo Niemi, executive director of the Montreal-based civil rights organization Center for Research-Action on Race Relations agrees police should apologize. He said he hopes Dossa will file a complaint with the police ethics commissioner so an investigation can be launched.

“This incident once again shows that Black drivers in Montreal cannot feel safe and be free to drive their own car without being subject to some kind of police control and profiling,” he said.

“This is what all the people who have turned to us for help told us: it’s the violation of that sense of freedom and security that makes them lose trust in the police.”

Dossa said neither the officers who handcuffed him nor anyone at the SPVM apologized to him. He opened the case with Montreal police’s deontology department and is considering taking further action.

A spokesperson for Quebec Public Security Minister François Bonnardel said the video “raises several questions” and they will look into the circumstances of the taped events.

Alain Vaillancourt, Montreal’s executive committee member responsible for public security, said he saw the “troubling” video on social media. Interactions like the one Dossa experienced erodes trust between citizens and the police, he said.

“That trust is crucial, not only for police to do their work but for the convivial character of our city,” said Vaillancourt.

“As the first police force in Quebec to have adopted an arrest policy, we must do better,” he said, referring to the street check policy adopted in 2020.

“Getting to the bottom of things is the strict minimum,” she said. “Really changing things, that’s what should be done.”

“In a society governed by the rule of law, elected officials should refrain from sharing their impressions on the character of a police operation until all the facts are known,” the Fraternite des policiers et policieres de Montreal said in a post on Twitter.

Dossa said he had heard “many stories” of incidents between Montrealers and the police, but never witnessed any until now.

“This needs to be punished,” he said.

“The police are there to protect us. We don’t need to be scared of them.”