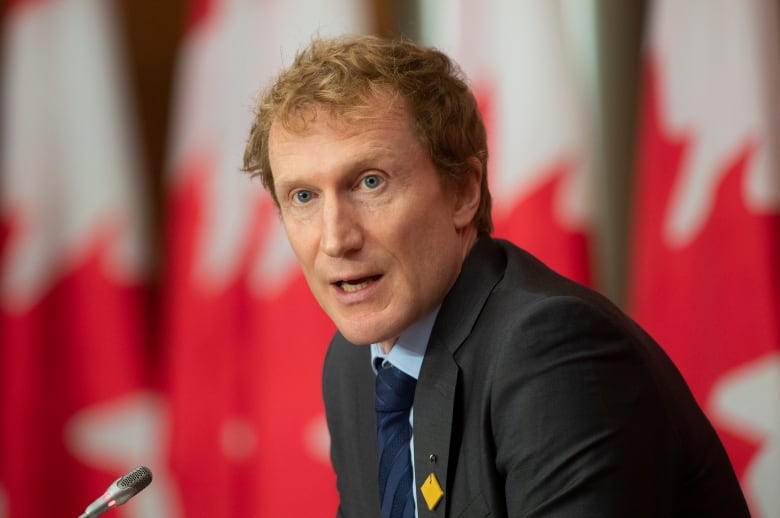 Anne Scotton, the department’s Ontario regional director general, informed Neskantaga Chief Chris Moonias on Thursday afternoon by email that the terms of reference for the investigation would be finalized soon, and that a consultant had been chosen to manage the third-party probe. There was a line in the attached document for the chief’s signature.

That message contradicted a commitment Miller made to Moonias that the terms of the investigation would be co-developed with the chief and council.

“What we agreed on is to work together and develop the TOR [terms of reference],” Moonias told CBC News.

“What I received was more of a unilateral approach, so I wasn’t really happy about that.”

During a press conference this afternoon, Miller said that the terms of reference will be co-developed and a new third-party manager chosen with the community’s involvement.

“The job that Anne Scotton occupies is perhaps one of the most difficult in Indigenous Services Canada and she does great work, but what she reflected to the chief was not the reflection of the conversation. So it was right in that case to send my regrets to the chief that this was not something that should have been sent,” Miller said.

“We’ll be working with him in terms of elaborating the terms of reference of the investigation, as it is enlarged to other communities. And critical to that is having their input.”

‘It felt like it was a slap in the face’

Neskantaga First Nation, a northern Ontario fly-in community, has been under a long-term drinking water advisory since 1995.

Multiple sources with knowledge of the minister’s decision — who spoke with CBC News on the condition they not be named — said Miller learned of the contents of Scotton’s email later in the day.

“I felt like it was a slap in the face,” Moonias said.

“I have seen those emails and would like to clarify that my commitment to you is to work with you on both investigations to ensure you are comfortable with next steps, supportive of the final terms of references, and involved in the decision on whoever is hired to conduct the third party review,” Miller wrote.

“The emails that were sent do not make that clear and I wanted to reach out personally to clarify these points. These investigations result from your asks, and I wish to work closely with you to ensure that they are done properly.”

Scotton proposed two studies — one on the business practices of contractors, project management and engineering firms, the other on Neskantaga’s water and public health crisis.

Neskantaga evacuated nearly all of its members in mid-October to Thunder Bay, 450 km south, after the discovery of an oily substance in the community’s reservoir cut the reserve off from its supply of running water. Indigenous Services Canada said the substance was a non-toxic mineral oil coming from a distribution pump in the reservoir and repairs are underway.

It was the latest in a string of setbacks that have delayed the completion of the promised upgrade to Neskantaga’s water treatment plant, which is now years overdue.

Moonias wrote to Miller on Oct. 22 demanding “an immediate investigation into business practices of contractors [and] engineering companies” hired to fix problems with the water supply that only got worse over the years.

Miller replied on Nov. 6: “We agree that this is important and would like to work with you and other communities and organizations to undertake this.”

On Thursday, Scotton wrote Moonias to inform him the terms of reference for the investigation “will be finalized with the consultant firm (MNP) shortly.”

Scotton also told the chief his “personal involvement in the study is very important.”

The choice of MNP, a national business consulting firm, offended Moonias because it used to be Neskantaga’s third-party manager — a body hired by the federal government to take over the financial management of First Nations deep in debt.

According to documents obtained through the information access law, MNP was paid $200,000 by the First Nation each year for the 16 years it managed Neskantaga’s finances.

The community said it does not want MNP as a third-party investigator since it cannot be impartial, given its previous work with the First Nation.

“I want to make sure it’s a real impartial investigation,” Moonias said.

Miller said he can understand how the selection of MNP is offensive to Neskantaga.

In her email to Moonias, Scotton wrote that the objective of the special study into the business practices of construction, engineering and project management firms involved in major capital projects is to strengthen the internal controls and oversight practices of First Nations and Indigenous Services Canada.

She said the focus would be on a range of major capital projects approved and funded for northern and remote First Nations in Ontario from 2016 to 2021.

Scotton also said the study would include interviews and a review of documents. It would look at current business practices, resources available to First Nations, project management structure, financial and administrative controls, departmental process for reviewing and approving projects and the extent to which action already has taken place to address previously identified problems.

The investigation into business practices would start the week of Dec. 6 and be completed by Feb. 25, 2022, she wrote. The study into Neskantaga would start the same week, but would be finished by the end of next March.

This isn’t the first time there has been friction between Scotton and Moonias.

Last year, Neskantaga declared a state of emergency after the community’s water supply had to be shut off due to another pipe failure. During a conference call on Sept. 14, 2019, Scotton told Moonias the federal government would not fund an evacuation and the problem did not qualify as an emergency, according to a recording obtained by CBC News.

“It’s your infrastructure that’s failing us right now,” Moonias said. “It’s your design that’s doing it … and you’re not going to help us?”

Scotton said the department was doing its best to respond but the situation didn’t call for evacuation.

“I don’t mean in any way to belittle the issue,” Scotton said. “But flushing toilets is not an emergency situation.”