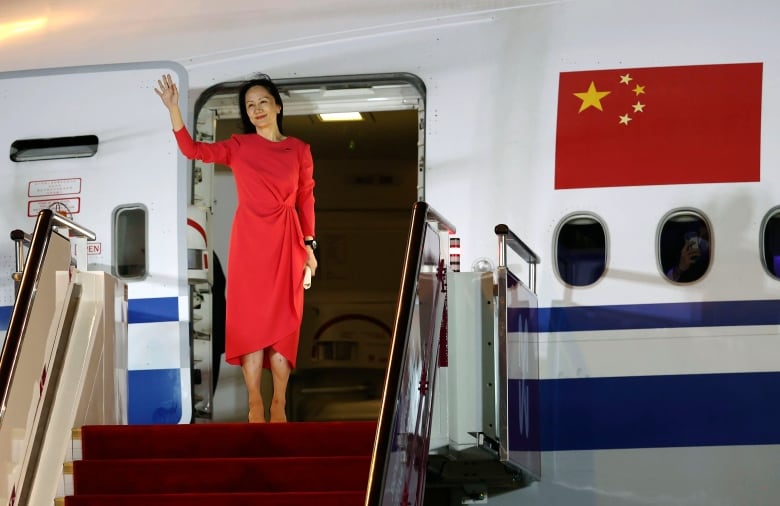 Canada and India are quietly setting the stage to reboot formal free-trade talks as the Trudeau government seeks economic alternatives to China following the dispute over the Meng Wanzhou-two Michaels affair.

Trade negotiators from both countries have held four “consultative meetings” in the last year via video, and the most recent one in October saw the two sides trade preliminary proposals, said Anshuman Gaur, India’s deputy high commissioner to Canada.

“They talked about the approaches and the possible path forward,” he said in an interview this past week.

The renewed engagement is a result of India’s aggressive new trade policy, dubbed “early harvest,” which has seen the country attempt to make incremental steps toward full-scale free-trade deals with Britain, the European Union, Australia, the United Arab Emirates and now Canada.

It also comes as the federal government emerges from the aftermath of its three-year diplomatic deep freeze with China after Michael Spavor and Michael Kovrig were recently returned safely to Canada. They spent more than 1,000 days in Chinese prisons in what is widely viewed as retaliation for the RCMP’s arrest of Huawei executive Meng Wanzhou on an American extradition warrant in 2018.

Canada is seeking to lessen its economic dependence on China and diversify into new Asian markets. It recently launched formal trade talks with the Association of Southeast Asian Nations — known as ASEAN — a 10-country bloc that includes the Philippines, Indonesia and Thailand.

The Liberal government’s Nov. 23 throne speech acknowledged that priority when it said: “A changing world requires adapting and expanding diplomatic engagement. Canada will continue working with key allies and partners, while making deliberate efforts to deepen partnerships in the Indo-Pacific and across the Arctic.”

International Trade Minister Mary Ng discussed the possible deal with her Indian counterpart, Piyush Goyal, this past summer in Rome at a meeting of the G20.

“India and Canada, absolutely, I think have opportunities to deepen our commercial and trade relationship,” Ng said in an interview.

Free-trade talks a decade in the making

Canada began trade talks with India more than a decade ago under the Conservative government of Stephen Harper. The on-off process stopped again in 2018, when Canada was in the middle of its intense renegotiation of the North American Free Trade agreement with the United States and Mexico that was instigated by former U.S. president Donald Trump.

Prime Minister Justin Trudeau made a controversial visit to India in February 2018, where he and his family faced sharp criticism back home for dressing up in traditional Indian clothing.

Gaur, the deputy high commissioner, shrugged off any suggestion that Trudeau rubbed his country the wrong way, saying the need to focus on the U.S. and Mexico was understood.

None of that, he said, diminishes India’s interest in doing business with Canada in an attempt to boost the $12.8 billion in annual bilateral trade between the two countries.

That has made Canada one of the priority countries in India’s “early harvest” trade strategy, which is a veritable stepping-stone approach to speeding up progress toward broader free-trade deals. It involves pursuing partial progress in bringing down tariffs on some goods and services, while leaving more difficult issues unresolved for later, more comprehensive free-trade agreements.

“We try to formalize agreement on those areas where the differences are the least, and we continue discussing on some of the areas on which have greater divergence,” Gaur said.

India’s pursuit of trade deals comes as many countries, Canada included, are taking stock of their position with China amid growing concerns about human rights.

Like China’s leader, Indian Prime Minister Narendra Modi has been widely criticized for perpetuating human rights abuses — including in a September Human Rights Watch report that accused his government of subjecting its critics to surveillance, politically motivated prosecutions, harassment, online trolling, tax raids and the shutting down of activist groups.

Gaur suggested Canada and India can build on a common trait that neither share with China: their common-law legal heritage inherited from Britain.

“Parliamentary democracies have a greater understanding of the other’s system. There has to be more trust between them,” he said. “That degree of familiarity — that assurance that this is a rule-of-law country, this is a democratic country — is a very strong motivator for a lot of people to look at India as a potential trade partner.”

Gaur said China will remain an “important trading partner for everybody,” given its massive manufacturing capabilities and the size of its market.

“But diversifying and building more connections is not usually to be seen in context of limiting your relationship with someone else,” he said during an interview at the India High Commission in Ottawa.

Ng, meanwhile, said that “Canada always pursues its trade based on Canadian values and the interests that are guided by Canadian interests first and foremost.”

The Business Council of Canada, which represents the most powerful chief executives of Canadian companies, is also very bullish on India and is conducting research on the possible benefits of an expanded trade relationship.

Trevor Kennedy, the council’s director of trade and international policy, said India is a “complicated country to negotiate with” because it is a federation of broad, regional interests. But its sheer size and high level of growth mean Canada must make a concerted effort, noting others are pursuing deals with India.

“Whether it’s rising protectionism in the U.S. or a new version of China, big markets like India are really critical because they do provide us with some alternatives,” Kennedy said.

“We don’t want to be left behind if our major trade partners are charging ahead.”

Aside from agricultural products and natural resources (uranium is a key Canadian source of power for Indian nuclear reactors), Kennedy said the potential for growth in financial services between the two countries is strong. He cited rising investment by the Canada Pension Plan and firms such as Manulife.

“The Canadian government has invested a lot in sectors like artificial intelligence and machine learning. And now is the time to reap the benefits by scaling up, with partnering with Indian IT companies,” Gaur said.

The behind-the-scenes work between government negotiators is well underway, he said, especially following the most recent virtual meeting of trade officials.

“They have shared position papers,” and both sides are getting a “better understanding of each other’s position,” Gaur said.

India hopes to have Canada’s response in the coming weeks, hopefully before Christmas, he said, “because our political leaders are pushing very strongly.”