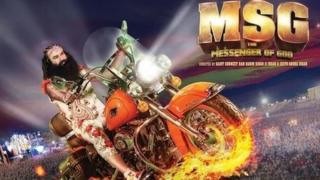 Three people have been shot dead by troops in unrest over the rape conviction of a popular religious leader in north India.

The victims are believed to be Gurmeet Ram Rahim Singh’s followers. Angry supporters are rampaging through Panchkula town.

Reports of mass scale vandalism are coming in. At least two railway stations have been set on fire.

More than 200,000 of Singh’s followers had flocked to the city ahead of the verdict.

Thousands of army, police and paramilitary forces have been deployed. They are firing tear-gas canisters and water cannon into the crowd to try to restore control, our correspondent says.

Curfews have been imposed in several areas of the city and across the state of Punjab.

Singh was taken into protective custody by the army following the conviction.

The court is expected to sentence him on Monday.

Punjab Chief Minister Amarinder Singh criticised his counterpart in the state of Haryana for allowing so many of Singh’s followers to travel to Chandigarh.

Chandigarh is the capital of both states.

The border between the two states has been sealed, and the capital, Delhi, is on high alert.

Singh had arrived at court in Panchkula, a suburb of Chandigarh, from his ashram in Haryana in a convoy of more than 100 vehicles.

Schools and offices in the area were closed, trains were stopped, roads were blocked and three stadiums were set aside as makeshift prisons in case of trouble, officials said.