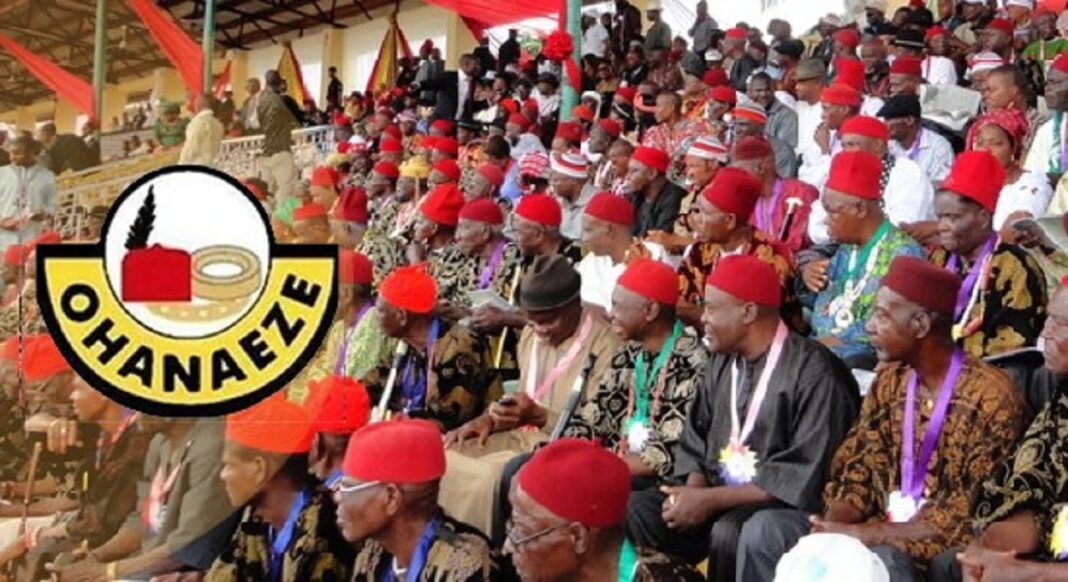 Biafra Ohanaeze Ndigbo worldwide has alleged that an ongoing secret negotiation between Igbo politicians, leaders, and the Federal Government to release Nnamdi Kanu should also include other Igbo youths detained in various prisons across the South-South and South East.

Ohanaeze, in a statement signed by Okechukwu Isiguzoro, it’s Secretary-General, warned against segregation in what it described as classified negotiations between a few Igbo politicians, elder statesmen, and the Federal Government for the release of the IPOB leader and other top Biafra agitators.

The apex Igbo socio-cultural organization said it has it in good authority that not more than 983 Biafran detainees are incarcerated in various correctional facilities across the seven Igbo-speaking states.

According to Ohanaeze, over 182 Igbo prisoners of conscience, mainly youths and women, are languishing in Port Harcourt Maximum Corrections Center on awaiting trial over related cases of Biafra agitation between 2016 and 2021.

The group said that whatever Kanu stands to benefit must be extended to others whose crimes were only wearing of Biafra costumes and identity cards, “no matter what, this is the first time we are speaking for their behalf, and they deserve pardon like Nnamdi Kanu.”

“The Federal Government should ensure that the Igbo secret negotiation team who are ready to help FG have a secret peace deal with Nnamdi Kanu must include these Biafran detainees in any decision to be reached,” the group said.

“FG should use the government’s instruments to secure the release of all the Biafran detainees in various Corrections facilities at Port Harcourt, Asaba, Owerri, Awka, Enugu, umuahia, Onitsha, Abakiliki and Aba for peace to restored.”

“The Federal Government should demand the comprehensive lists of all Biafran detainees and join it in the ongoing peace deal with Nnamdi Kanu’s team,” the statement added.