In US Iran move won’t weaken US hand with NKorea: Tillerson US Secretary of State Rex Tillerson Sunday denied that Donald Trump’s threat to tear up the Iran nuclear deal had weakened America’s chance of reining in North Korea’s nuclear and ballistic missile drive through diplomacy. 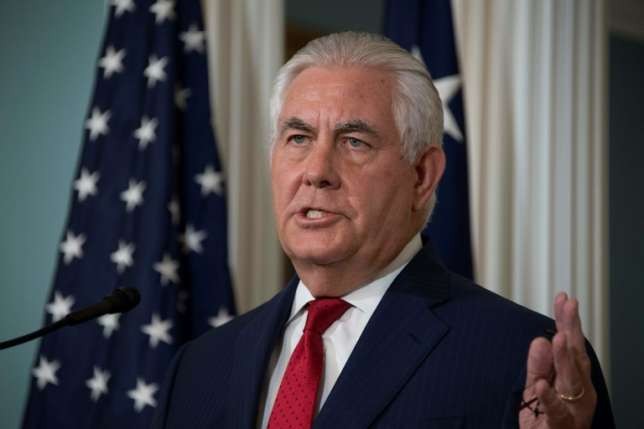 US Secretary of State Rex Tillerson Sunday denied that Donald Trump‘s threat to tear up the Iran nuclear deal had weakened America’s chance of reining in North Korea’s nuclear and ballistic missile drive through diplomacy.

By calling into question the landmark deal to curb Iran’s nuclear program, worried allies fear the US president has sent a message to Pyongyang that America’s word cannot be trusted.

In a virulent speech Friday, Trump refused to certify Iran’s compliance with the deal, kicking its fate to Congress, which he told to address its “many serious flaws.”

“I think what North Korea should take away from this decision is that the United States will expect a very demanding agreement with North Korea,” Tillerson said on CNN’s State of the Union.

“One that is very binding and achieves the objectives not just of the United States but the policy objectives of China and other neighbors in the region, a denuclearized Korean peninsula.”

“If we achieve that, there will be nothing to walk away from because the objective will be achieved.”

The US top diplomat’s efforts to rein in North Korea have been overshadowed by Trump’s un-diplomatic style and his streams of taunting tweets stirring international tensions.

Earlier this month, as Tillerson flew home from meeting with top Chinese officials, Trump tweeted that his envoy was “wasting his time” in trying to probe North Korea’s willingness to talk.

But Tillerson pushed back at claims that Trump has undermined his efforts, after outspoken Republican senator and Trump critic Bob Corker said the president was seeking to “castrate” his top diplomat.

“The president has also made clear to me that he wants this solved diplomatically,” he added. “He’s not seeking to go to war.”

The Secretary of State was forced this month to deny claims of a serious rift with Trump, after it was reported he had called the president a “moron.”

Tillerson has refused to outright deny the report, which he once more dismissed on CNN as “petty stuff.”

But he had a quick comeback at the ready when asked about Corker’s claim that Trump was trying to “castrate” him on the world stage: “I checked. I’m fully intact.”