Iheanacho: Struggling to live up to his billing 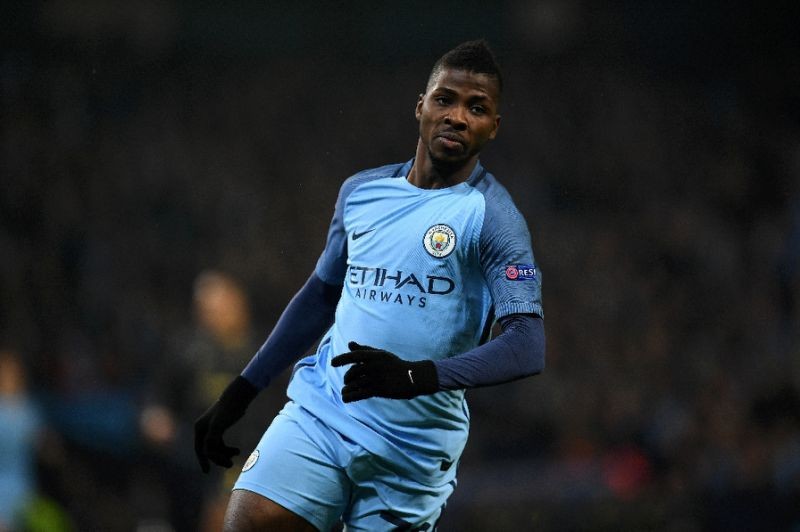 Isaac Success was Nigeria’s star man when the Golden Eaglets arrived in  the United Arab Emirates for the 2013 FIFA Under-17 World Cup.

But Kelechi Iheanacho, who played as a  support striker during the qualifiers, snatched the spotlight from Success when Nigeria opened their campaign  with a 6-1 defeat of Mexico at the Bin Zayed Stadium.

Iheanacho scored four goals in the encounter with Chidiebere Nwakali and Success scoring a goal apiece.

Following an injury blow, Success ended the tournament won by Nigeria with two goals to his name while  the unheralded Iheanacho   netted six  times to emerge as the second highest goalscorer behind Sweden forward  Valmir Berisha, who scored seven goals to win the championship’s Golden Boot.

Iheanacho won the Golden Ball as he was the tournament’s best player,  while  Success, who struggled to get playing time at modest Premier League outfit Watford last season, returned to Nigeria to nurse his injury.

Iheanacho sparked interest from a number of European clubs following his  impressive display at UAE 2013.

It was no surprise that the Taye Academy attacker, who was 16 then, was linked  with  European powerhouses Manchester United, Barcelona, Real Madrid, Arsenal, Chelsea and  Bayern Munich.

But Chilean manager Manuel Pellegrini, who was the then Manchester City coach worked hard behind the scenes to land the Nigerian in 2014.

Iheanacho broke into Manchester City’s first team the following year and ended the 2015/2016 with 14 goals in all competitions.

Breaking  into the star-studded Manchester City squad meant  the  young striker  had a ‘divine right’ to  play for the Super Eagles.

He made his international debut as a substitute  in the 0-0 draw against Swaziland in a Brazil 2014 World Cup qualifier before grabbing  his first  start  in the Gabon  2017 Africa Cup of Nations qualifier against Egypt last year. The encounter ended 1-1.

With the player replicating his  performances at club level for the national team, he has since cemented his place in the Eagles, becoming  an important player for the side.

The 20-year-old never wished to burst his bubble but the coming of Pep Guardiola from Bayern Munich  to some extent did just that.

The two South American strikers  fitted  into  the Citizens manager’s high intensity pressing game last season. Although the  Nigerian is arguably as gifted as Aguero and Jesus, he seems to  lack  the consistency  and  power to put defences under pressure and force them to make mistakes.

Iheanacho is being linked with a move to Premier League mid-table teams Crystal Palace and West Ham after being deemed surplus to requirements at English powerhouse  Manchester  City.

But the player, who was tipped to become the next big thing  after Lionel Messi, Neymar and Ronaldo  following his head-turning performances in the Premier League last year,   is now   struggling to resolve his Manchester City  future. He also faces a huge task to convince  one of the European big boys  that he is still good enough to play at the top level.

Iheanacho had a bad day at the office when the Eagles were disgraced 2-0 by their bitter rivals South Africa’s Bafana Bafana in Uyo on Saturday. He was a pale shadow of himself before Nigeria coach Gernot Rohr substituted him in the second half.

Former Nigeria captain Henry Nwosu believes the player is being played out of position at both club and the national team, hence his current struggles.

“Iheanacho is not a top  striker but a support striker and a midfielder,” the 1980 Africa Cup of Nations winner told our correspondent on the telephone on Monday.

“Aguero and Jesus are ahead of him at Man City because they are playing their natural roles.”

Nwosu added, “If Iheanacho decides to leave Man City for a club he will  be playing regularly, I will support his decision.”