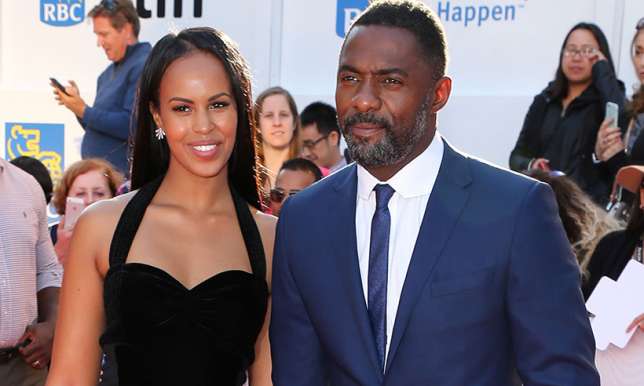 Idris Elba popped the question to his girlfriend at the beginning of a screening of his movie at the Rio cinema and we can’t believe it!

Resident heartthrob, Ghanaian actor Idris Elba is officially off the market, again. The actor popped the question to his long-term girlfriend Sabrina after vowing to never get married again following his second divorce.

Fans of the gorgeous Idris Elba, 45, were left heartbroken after he got down on one knee ahead of a screening of his new movie ‘Yardie’ at the Rio in Dalston. The handsome actor was seen getting down on bended knee to pop the question to Sabrina Dhowre, 29, on Friday evening.

play Idris Elba gets down on one knee to propose to his girlfriend, Sabrina

The Luther star, who claimed marriage was off the table a mere six months ago following two divorces, could not contain his joy as his emotional other half, beauty queen Sabrina, said ‘yes’.

The legendary Rio cinema in Dalston, London, were the first to say a big heartfelt congratulations to the happy couple.

However, fate knocked on his door and whilst he was filming The Mountain Between Us alongside Titanic’s Kate Winslet in Canada when he found himself powerless to the charms of Sabrina.

Speaking to People magazine in ‘The Jess Cagle Interview’, he said, ‘Falling in love while making a movie about falling in love is pretty special. It definitely got noticed because I try to keep my personal life different. I think it’s an interesting space, especially for her. She’d never done a red carpet before and I tend not to do that. It was nice actually.’

The couple made their public debut at the Toronto International Film Festival in Vancouver and a dapper Idris Elba looked proud to show off Sabrina who looked near perfect in a black velvet Stella McCartney dress.

Idris however, left a wake of broken hearts as his legion of fans mourned the loss of their chance before they got a chance to shoot their shot.