I won’t be detracted by 2019 contest, says Benue gov. – The Sun NewsPaper 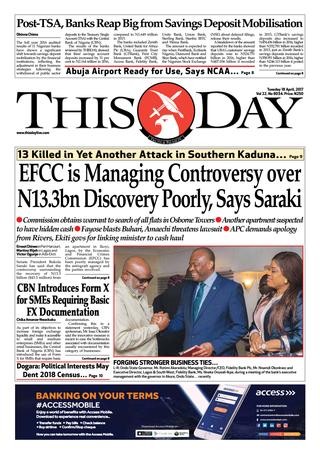 Governor Samuel Ortom of Benue State of Nigeria has said that for now, he would rather concentrate on giving the people of the state good governance than focus on the 2019 general elections.

The governor said this during a chat with newsmen at the Government House, in Makurdi, on Tuesday. He maintained that he would still be Governor come 2019 if God said so.

Said he, “2019 is around the corner but it is not a problem for me. The Bible says ‘the troubles of today are enough’. So, nobody should worry about me concerning 2019. I will not sponsor anyone to harass anyone. If God says it is me, nobody can stop me. If God says I should not go, I will not. After all, I am not idle.”

He said that his government would use the remaining part of his four year tenure to continue to ensure that it adds value to make Benue state better than it met it.

“We will ensure we add value and make Benue better than we met it. We will not allow falsehood and lies to take over this government. Those opposition that are out to tarnish the image of this government would fail.

Ortom also assured that he would not allow anyone or any group of people to distract him from giving the people of the state the good governance they deserve, saying he would continue to his best in that regard.

“Despite all the distractions, you can see that we are not distracted. We are doing our best in all sectors with the little resources we have.

As a democratic governor, I am day to partners and work with those who have superior ideas over ours.”