I see Bollywood as a connection to home. It lately sees me as a villain 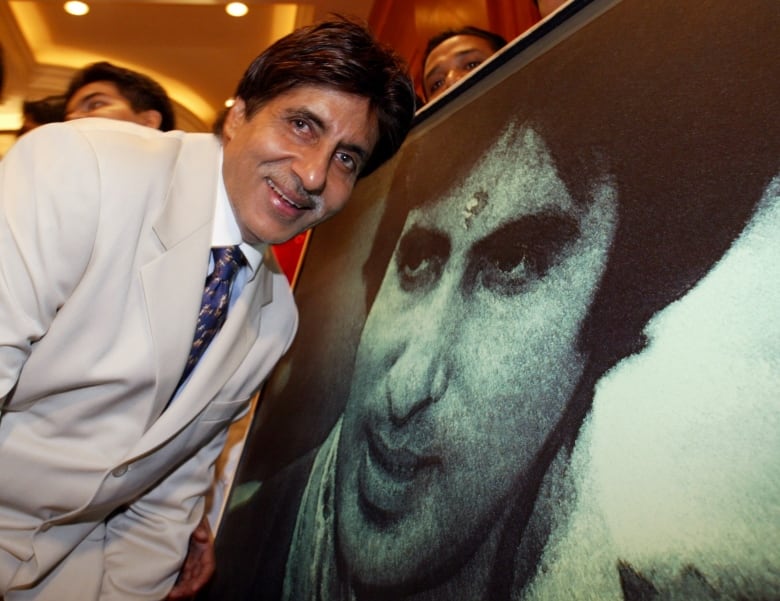 This First Person column is the experience of Haroon Khalid who immigrated from Pakistan to Toronto. For more information about CBC’s First Person stories, please see the FAQ.

I was in third grade when I first heard my Islamiyat teacher in school declare “All Hindus will go to hell.”

As a writer who has written extensively about religious minority rights in Pakistan and explored the role education can play in demonizing these minorities, I am no longer surprised by the statement.

Many have pointed out the anti-Hindu bias in the current Pakistani education curriculum. Unfortunately, the situation on the other side of the border is not much better, with anti-Muslim discourse finding its way into the Indian education system.

But these are all points I was unaware of as a child. I just remember finding the statement hard to believe.

So, I raised my hand and asked innocently, “All Hindus? Even Amitabh Bachchan and Kishore Kumar?”

Growing up in Lahore, Pakistan in the late ’80s and ’90s meant growing up with the Indian film industry.

Back then, Bachchan was the biggest Indian film actor at the time — worshipped in India and Pakistan alike — while Kishore Kumar was a playback singer who sang for many Bachchan’s movies.

Technically Bollywood films were banned in Pakistan but they were everywhere. You could rent out the video cassettes wrapped in brown envelopes. If you didn’t have a VCR, you could also rent one for the night.

Like most other Pakistanis of that time, I grew up with Bachchan and Kumar in my home. They were not the other, unknown, Hindu population of India, but rather the Hindu celebrities whom I loved. I could not imagine them going to hell, but my teacher disagreed.

As an adult, my relationship today with the Indian film industry is more complicated — especially now that I have immigrated to Canada.

I still thoroughly enjoy Indian films and am eager to catch new releases. In fact, in some ways my relationship with Bollywood has strengthened since moving to Canada. They become a way for me to connect with my childhood, my family, and even Pakistan.

This connection was deepened during the COVID lockdowns. My Friday evenings were and still are reserved for Indian films. The sights and sounds of movies shot in Delhi, Mumbai or other cities of India take me right back to my home in Lahore, or remind me of Karachi and other smaller cities in Pakistan.

All of these characters are people I know or people I miss. They aren’t strangers, but family members, friends or people on the street with whom I would interact with when I was in Pakistan.

Both countries, especially the northern states of India, share common languages like Urdu and Punjabi, as well as similar style of dress and shared culture, in addition to a significant Muslim population in each country. So these movies dilute all borders for me — between India and Pakistan, and between Canada and Pakistan.

Several recent films have perpetuated images of the indoctrinated terrorist (Qurban) or the Muslim courtesan who comes between a married Hindu couple (Bajirao Mastani).

Movies such as Padmaavat and Panipat reinforce these stereotypes of the Muslim barbarian and are difficult to watch. In both films, the Muslim antagonists — played by Hindu actors Ranveer Singh and 90s megstar Sanjay Dutt — are shown as bloodthirsty villains who want to steal the virtue of a Hindi queen or subjugate the Hindu masses.

It is also heartbreaking to see some of my favourite childhood stars now playing their role in perpetuating these narratives. Anupam Kher is a brilliant actor who was very much part of the relatively secular fabric of the Indian film industry of the 70s, 80s and 90s, and has played many Muslim roles that are not antagonist in the past.

However in the past few years, Kher, a Kashmiri Pandit, has aligned himself with the Hindu nationalist movement and criticized well-known Indian Muslim actors such as Aamir Khan, who raised his voice against the rising acts of mob violence and intolerance under the watch of the Modi government.

Obviously, there are Bollywood films that are exceptions. Gully Boy (about Indian Muslim rappers), Haider (a Bollywood adaptation of Hamlet), and Shahid (based on the life of Muslim human rights activist) all have nuanced, remarkable depictions of Muslims.

Communal violence has a long, sad history in India and the dynamics between Pakistan and India will be forever complicated after Partition in 1947.

But growing up in Pakistan, Bollywood challenged the narratives about India that I heard all around me. It provided a glimpse into what it means to live in a  secular country. Whether that image was a reflection of the society or an aspiration was not important. These movies are an opportunity to challenge some of the assumptions Pakistanis grow up with.

I just wish the filmmakers would consider the implication of creating these anti-Muslim narratives rather than succumbing to nationalist sentiments.