I don’t compare myself with Tiwa Savage, Yemi Alade –She Baby 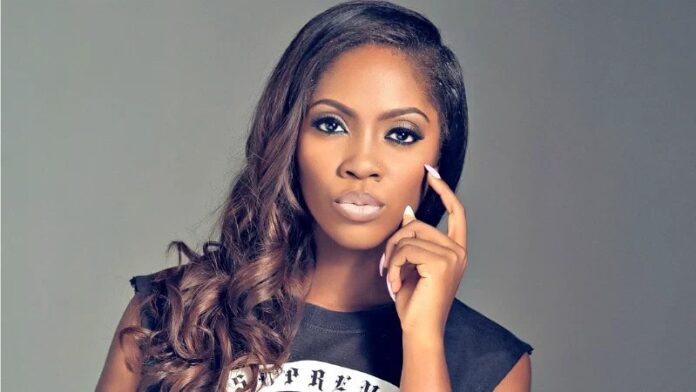 Although she is popular as an actress, Seyi Ariyo fondly called She Baby has decided to spread her tentacles by delving into music. Already she has a song, ‘Champion,’ where she featured the self-acclaimed musical Taliban, Oritse Femi.

In a chat with Saturday Beats, when the actress-turned-singer was asked if she could compete with music heavy-weights like Tiwa Savage or Yemi Alade, she simply said that she cannot be compared with them.

She said, “Life is not a competition. We are three different artistes with different motives. I don’t compare myself with other artistes. I entertain myself and thrill my audience as I pass messages across to my fans. I have my own style. I released a new song, ‘Champion,’ with Oritse Femi recently just to motivate people. I made the song because I left the Nigerian movie industry for a while but now, I am back and better. The song is to tell people that even though you are out of the picture for a period of time, it does not mean that you are a failure in life. You can still come back and be bigger. I just used the song to motivate the masses. It is already enjoying massive airplay. ”

The actress who has been away from the industry for a while gave reasons for her actions and attributed it to motherhood.

“When I left the entertainment scene; it was not as if I was not working but I was not as vibrant as I used to be. I was actually working and I shot a movie, it was just my music career that was put on hold and it was because I had a baby and I needed to dedicate my time to her. Motherhood slowed me down a bit. Now, my daughter is six years old. I don’t think being a mother can slow down my career. She goes to school and when she comes back, she has to attend lesson and her grandmother is also there to take care of her. I don’t go to the studio every day; neither do I shoot a movie every day. There is always a way out,” she said.