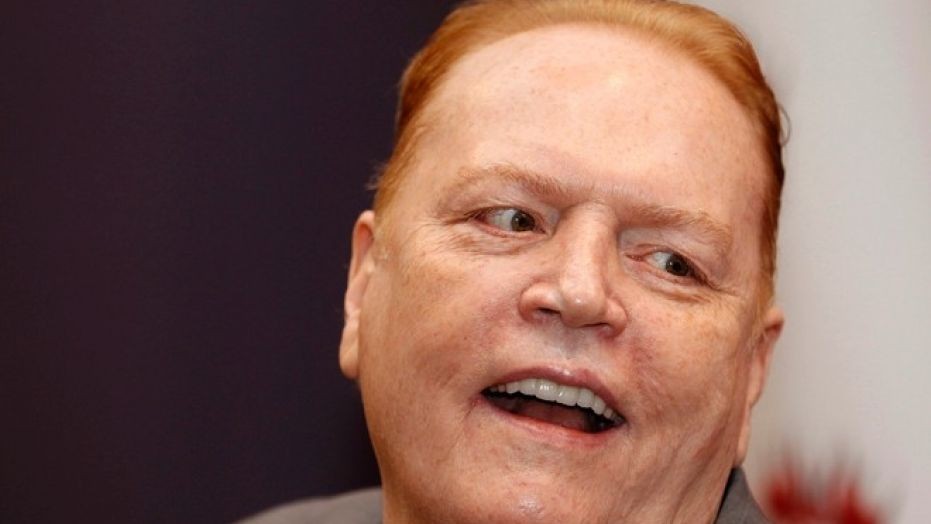 Anchor Liz Claman tweeted a photo of the ad, which reads: “Larry Flynt and Hustler magazine announce a cash offer of up to $10 million for information leading to the impeachment and removal from office of Donald J. Trump.” 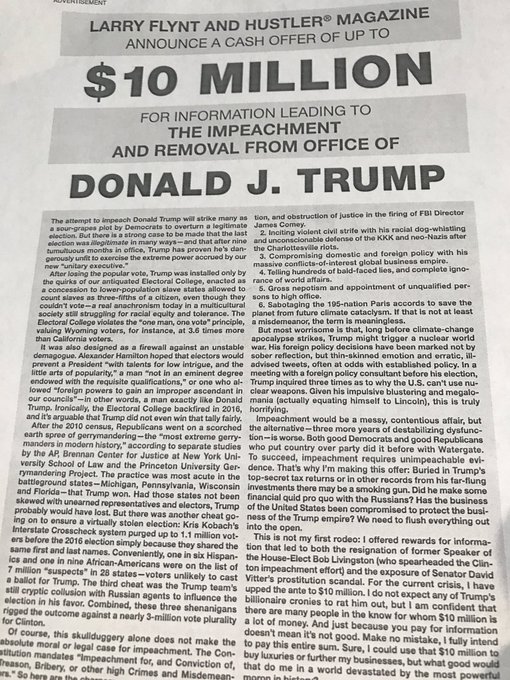 In the ad, Flynt airs several grievances about Trump’s actions as president, including his firing of FBI director James Comey and his “gross nepotism and appointment of unqualified persons to high office.”

“Impeachment would be a messy, contentious affair, but the alternative – three more years of destabilizing dysfunction – is worse,” the ad reads. “Both good Democrats and good Republicans who put country over party did it before with Watergate. To succeed, impeachment requires unimpeachable evidence. That’s why I am making this offer.”

“Sure I could use that $10 million to buy luxuries or further my businesses,” Flynt writes, “but what good would that do me in a world devastated by the most powerful moron in history?”