How the pandemic could create the flexible workplaces parents need 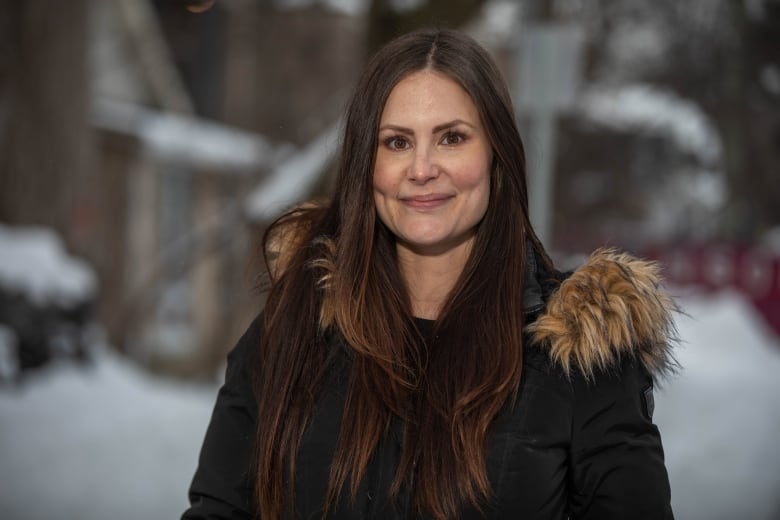 For Tendai Dongo, the stress and anxiety was just too much at times. A project manager at a digital education company based in Calgary, she has spent much of the pandemic balancing her job with the needs of her young daughters.

With her husband’s insurance job requiring him to be out of the house frequently, the majority of the child-care responsibilities fell to her.

Everything came to a head in December.

“I felt that I had to quit,” said Tendai Dongo, who works at Xpan Interactive Ltd. “I had to choose … a full-time career or my mental health.”

The mother of two girls aged five and eight years old told her employer that working full-time from home while parenting was causing her a lot of stress and anxiety.

“I was just going to throw in the towel. I did not have any other opportunity out there waiting for me,” said Dongo.

But the chaos of watching employees juggle school closures, virtual learning, quarantines and their jobs could lead to more empathetic workplaces. Some companies, including Dongo’s, are thinking creatively about how to build more flexible work arrangements for their employees.

A year into the pandemic, parents are feeling the effects of being tugged in all directions — particularly women.

An online survey of 1,001 working Canadians conducted between Feb. 9 and 15 by ADP Canada and Leger found half of working mothers (50 per cent) reported experiencing high stress levels due to balancing child-care obligations and work, compared to 40 per cent of working fathers.

Data released by Statistics Canada also shows pandemic job losses are disproportionately affecting women. In January, for example, the employment decline for woman was more than double that of men, with 73,000 fewer women working that month compared to 33,500 fewer men.

For Danielle Ellenor, working a full-time job as an account associate for a printing company that offered little flexibility while she was home with her young children was too overwhelming.

Her partner has been working from home too, but his management job in software sales has him in virtual meetings most of the day.

In December, knowing that more school closures were coming, Ellenor left the company she had been with for almost 10 years to focus on her kids and transition to a more flexible career in real estate.

“It’s a gamble that I decided to make,” said Ellenor.

There’s concern that many other women may drop out of the workforce permanently.

‘We could lose an entire class of future leaders’

McKinsey & Company conducted an online survey of more than 40,000 workers across Canada and the United States between June and August 2020.

The survey found that one in four women were contemplating downshifting their careers or leaving the workforce.

“We would lose an entire class of future leaders and in some cases existing leaders, because it spans all the way to the highest levels of organizations,” said Alexis Krivkovich, a senior partner at the global consulting firm.

But amidst the crisis comes opportunity, she said. Some companies are finding creative ways to retain their employees, such as flexible time-off schedules, re-imagining performance management and thinking differently about working hours.

“We need more of that creative thinking now to make sure that the one in four women who are saying, ‘I’m not sure I can make it through this moment’ come out the other side,” Krivkovich said.

Letting employees chart their own paths

Vancouver-based software company Bananatag has embraced flexibility during the pandemic by coming up with a “choose your own adventure” schedule for its 130 employees.

“We are quite flexible on location, preferred work style, preferred hours,” said Agata Zasada, vice-president of people and culture at Bananatag.

With about 50 per cent of their workforce made up of women and many parents on staff, the company wanted to remove a level of uncertainty for all of its employees.

“We haven’t lost anyone through the pandemic due to not being able to be flexible enough,” said Zasada.

Post-pandemic Bananatag will continue to let employees choose their own schedules. The company also plans to become even more flexible by entertaining the idea of job sharing and becoming more project-based.

Carly Holm, founder and CEO of Holm & Company, a human resources company, is hopeful that some good will come out of this challenging year.

“We’ve proven that we can be flexible and still be successful and be productive and that nine-to-five is irrelevant,” said Holm. “It is completely arbitrary and doesn’t work for a lot of people.”

Holm’s firm offers HR services for small to medium-sized businesses. She says results of her client’s employee engagement surveys show that employees are happier when given flexibility, and that companies offering it are performing better.

“The companies that encourage that and have kind of that flexible, remote work, they’re going to be the ones that are going to retain the people, retain women,” said Holm.

COVID … has catapulted institutional mindsets around flexible work into the future– Jennifer Hargreaves, founder of Tellent

When Dongo, the project manager in Calgary, told her boss she couldn’t mentally handle being a full-time employee and a mother right now, her workplace took action.

Instead of letting her quit, Xpan Interactive came up with a solution that she says is working well.

The company dropped her workload from eight clients to one and reduced her to part-time flexible hours. She now works when she wants and when she can.

Dongo’s salary has also been reduced. She admits she and her husband have had to start dipping into their savings, but she appreciates that her company came up with a solution that allows her to stay in the workforce.

“I still have that sense of purpose that I am still continuing in my career,” said Dongo.

Creating your own flexibility

Since 2016, Jennifer Hargreaves has been an advocate for more flexibility and has successfully placed women in flexible higher paying jobs through her virtual networking platform.

“One of the benefits … of COVID is that it has catapulted institutional mindsets around flexible work into the future,” said Hargreaves, founder of Tellent, a network that provides women with access to flexible job opportunities.

Among her 10,000 members, she says the need for flexible work has skyrocketed.

The first step in finding that flexible job, according to Hargreaves, starts with your current employer. She encourages women to approach their companies, as Dongo did, to see if they can draw up new arrangements.

“There’s no better time like right now to negotiate what you want because everything’s up in the air,” Hargreaves said. “Employers are starting from scratch and they’re trying to figure out what this looks like as well.”