How the health system is addressing vaccine hesitancy, a looming hurdle in race to end pandemic 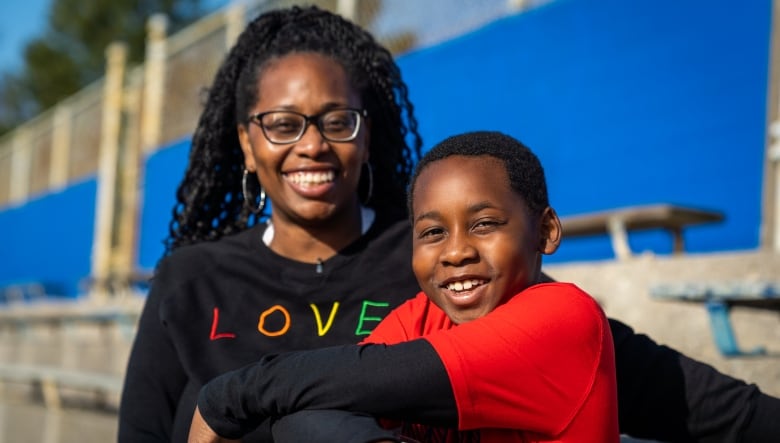 Tanya Hayles is not an anti-vaxxer. The Torontonian has made sure her eight-year-old son Jackson is up to date with the standard vaccines, and she, too, has been inoculated.

“There are diseases that we were able to eradicate as a result of vaccines,” she said.

The event planner, whose business has suffered as a result of the pandemic, would like nothing more than to see the end of COVID-19 as well. Given the choice, though, she said she wouldn’t be “first in line” for a COVID-19 vaccination.

She points out that side effects of the immunizations she and her son have received in the past are well-known to doctors. “They can say, ‘Oh, look for a rash around the needle point,’ et cetera.”

However, Hayles has concerns about whether such clarity will be available with a coronavirus vaccine that has been developed so quickly.

Health authorities say the benefits of approved vaccines far outweigh any risks. But international research shows that while most people anxiously await the availability of pandemic-crushing immunizations, a sizeable minority are unsure whether they’d get the vaccine, at least in the early days after one is approved.

As Canada readies itself to evaluate and eventually distribute COVID-19 vaccines, this vaccine hesitancy is becoming a key focus of the country’s top officials.

According to Chief Public Health Officer Dr. Theresa Tam, 65 to 78 per cent of Canadians have indicated they would get a COVID-19 vaccine. Tam said in an interview with CBC that it’s “critical” for public health to bring what she calls the “moveable middle,” or undecided Canadians, onside.

“I think that’s why it is a very key pillar of our approach in the days and weeks and months ahead, to be able to get that group of people the information that they need to get vaccinated,” she said.

“It is really important that as many people get vaccinated as possible to protect themselves,” Tam added, “but also others who are at higher risk.”

Alongside Health Canada’s commitment to study the data about the vaccines themselves, Tam said the government is preparing a multipronged campaign to inform the public about it. That includes working with social media companies, such as Facebook and Twitter, and even gaming platforms.

Canada’s public health team has learned that people who get their information via social media are less likely to get vaccinated than those who follow traditional media, Tam said. “So, we’ll be collaborating with similar platforms to get the message out to Canadians about the safety of the vaccine, and how the trials are going, and what happens in terms of the programmatic implementation as well.” 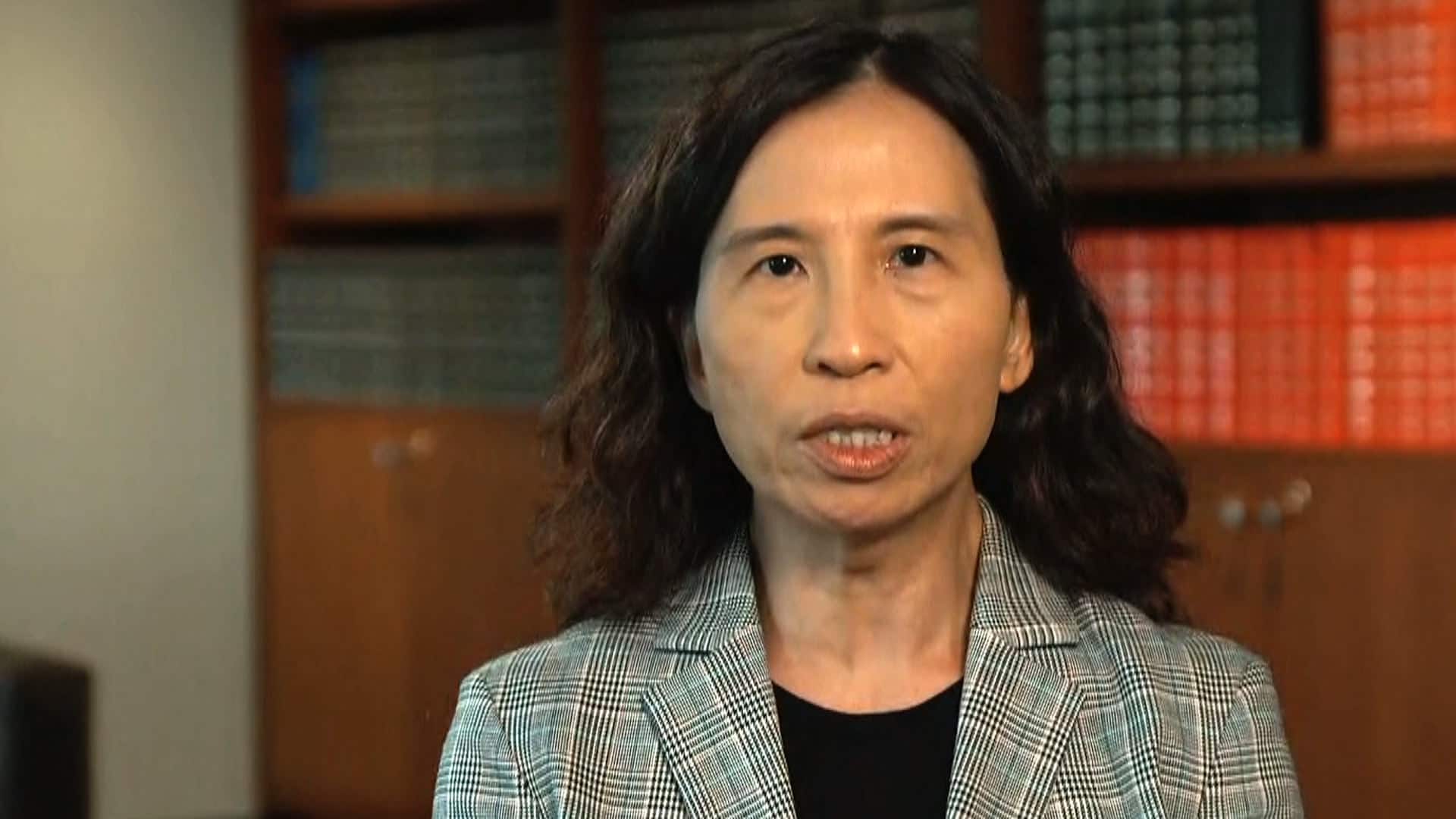 Chief Public Health Officer Dr. Theresa Tam says research to develop COVID-19 vaccines is moving as quickly as possible, but stresses that the international effort is not skipping any important steps in terms of testing the vaccines for safety, effectiveness and quality. 0:55

Research shows that such messaging will have to contend with a lot of misinformation that is already spreading about the COVID-19 vaccines on some of those same platforms.

“Vaccine hesitancy is a real and persistent problem in Canada, and it does appear to be growing somewhat,” said Aengus Bridgman with the Media Ecosystem Observatory in Montreal. He is studying perceptions about the coronavirus and COVID-19 vaccines on social media.

Beyond the more staunch anti-vax posts, Bridgman has seen concerns about safety and effectiveness of the vaccines, as well as questions about the necessity of getting immunized against this virus. What differentiates it from anti-vax sentiment, he said, is that although “it can contain misinformation and often does,” much of it isn’t “anti-science or anti-intellectual.”

The danger, though, is that those who are simply hesitant can be swayed by information that plants “the seed of doubt,” he said.

“We know from previous work that we have done, and that other academics have done, that repeat exposure to misinformation [or] to misleading content can change opinions,” Bridgman said.

“This is certainly going to be a major, major public health challenge over the coming year.”

It’s not just a concern in Canada. Some in the scientific community have already begun to tackle this issue. Using the hashtag #TeamHalo, scientists working on COVID-19 vaccine development around the world have been using platforms like Tiktok to debunk false claims and answer questions that average people may have about the process.

In 2019, before the pandemic hit, the World Health Organization (WHO) listed vaccine hesitancy as one of the top 10 global health threats. Now, the fear is that those who hold off getting the eventual COVID-19 vaccine pose a risk to herd immunity.

With no other health measures in place, around 70 per cent of Canadians would likely need to be vaccinated to stop the virus from spreading, according to Dr. Scott Halperin with the Canadian Immunization Research Network in Halifax.

Halperin is working with public health officials to identify and address Canadians’ top vaccine concerns. He said the speed of vaccine development keeps coming up as a persistent worry among members of the public.

“When somebody says, ‘Well, it takes 10 to 15 years to develop a vaccine,’ that’s correct,” he said. But he added that, “the rapidity of the development of these vaccines was built on the shoulders of a lot of work that went before.”

Research on similar coronaviruses, like SARS and MERS, meant “we had three or four years head-start already in terms of the basic science,” he said. What’s more, he said the usual administrative red tape of waiting for research funding and queueing for approvals was eliminated with the global prioritization of COVID-19.

“And that in itself cuts off three to five years,” Halperin said.

Dr. Tam said that this is the message she most wants to send to Canadians about the vaccine. “Just because of the incredible speed with which vaccines are being developed does not mean that we cut any corners on safety of these vaccines,” she said.

Tam points out that Health Canada “is one of the most stringent regulatory authorities in the world.” In order for vaccines to get approved in this country, she said, “they have to be safe, effective and high quality.”

For her part, Tanya Hayles said she will listen to the advice of Canada’s public health teams and is open to hearing more about the potential side effects of the COVID-19 vaccines in development.

In the end, she said, “I will do what is necessary, of course, for my health and the health of my son and the people around me.”