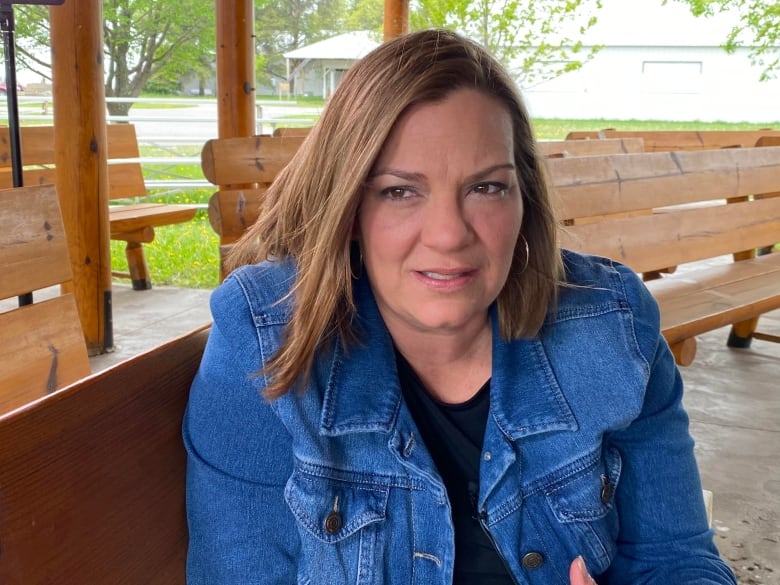 For almost two decades, Missy Dodds has been suffering from severe survivor guilt after living through a school shooting that killed five of her students, a security guard and a teacher.

“The guilt — those parents sent their babies to me,” the former math teacher said in an interview near Red Lake, a reservation in Minnesota that was the site of the 2005 shooting. At the time, it was the second-deadliest in the U.S., behind Columbine six years earlier.

The gunman started shooting students in the hallway at Red Lake District High School, before moving on to Dodds’ classroom. He pointed his gun at her head and pulled the trigger, but there was no bullet in the chamber.

As police arrived, the gunman — a fellow student who had earlier killed two extended family members — shot himself “in front of all of us,” Dodds recalled.

When school started the following fall, Dodds was in treatment for post-traumatic stress disorder. She’s never returned to teaching.

“I failed them, and I don’t want to fail them again,” said Dodds, with a tremor in her voice.

As the U.S. once again debates gun control in the wake of the deadly school shooting in Uvalde, Texas, Dodds and experts argue there are opportunities to intervene early and even prevent shooters from ever getting into the school — by acting on red flags.

It’s something Dodds and others failed to do, she said, when they saw the shooter being bullied and teased, when he was placed in alternative classrooms and put on higher doses of Prozac, when he started cutting himself and talking about Adolf Hitler.

“I always said the system — never knowing who … or what the system was — failed him. I think, as I’ve become more educated in school safety, I see things we could have done better,” she said.

While Dodds’ advice flows from her personal experience, it is also backed by research.

A four-hour drive south of Red Lake, two researchers in Saint Paul, Minn., believe they have identified some of the root causes of mass shootings and have developed suggestions for ways to prevent them.

Three years ago, they created The Violence Project, a comprehensive database of mass shooters that tracks incidents in the U.S. dating back to 1966 where four or more people were killed in a public place, and every shooting at a school, workplace or place of worship since 1999.

Funded by the National Institute of Justice, it compiles information on a shooter’s life history, mental health and motives, with the aim of improving future research and policy decisions.

Last year, Peterson and Densley released a book on the topic, entitled The Violence Project: How to Stop a Mass Shooting Epidemic. As part of their research, they interviewed five mass shooters, as well as people who had planned a shooting, but changed their minds. (Most mass shooters die at the scene, either by their own bullet or by police.)

The researchers found commonalities in the shooters’ backgrounds and what they call a consistent “pathway to violence,” starting with early childhood trauma that escalates over time.

“The perpetrators become kind of lonely, isolated, depressed, angry. Many of them are suicidal, hopeless,” Peterson said in an interview.

“That turns in from this sort of anger at yourself, kind of this self-loathing, [it] turns outward and it gets really about: ‘Whose fault is this? Is it the kids at my school? Is it a racial group? Is it women? Is it a religious group?’

“And then, of course, they have access to the weapons that they need to carry it out,” she said.

“These are really designed to be final acts,” Peterson said of mass shootings. “The perpetrator goes in knowing they’re either going to be killed, kill themselves, or end up incarcerated the rest of their lives.”

WATCH | Full interview with Jillian Peterson on the common pathways to violence: 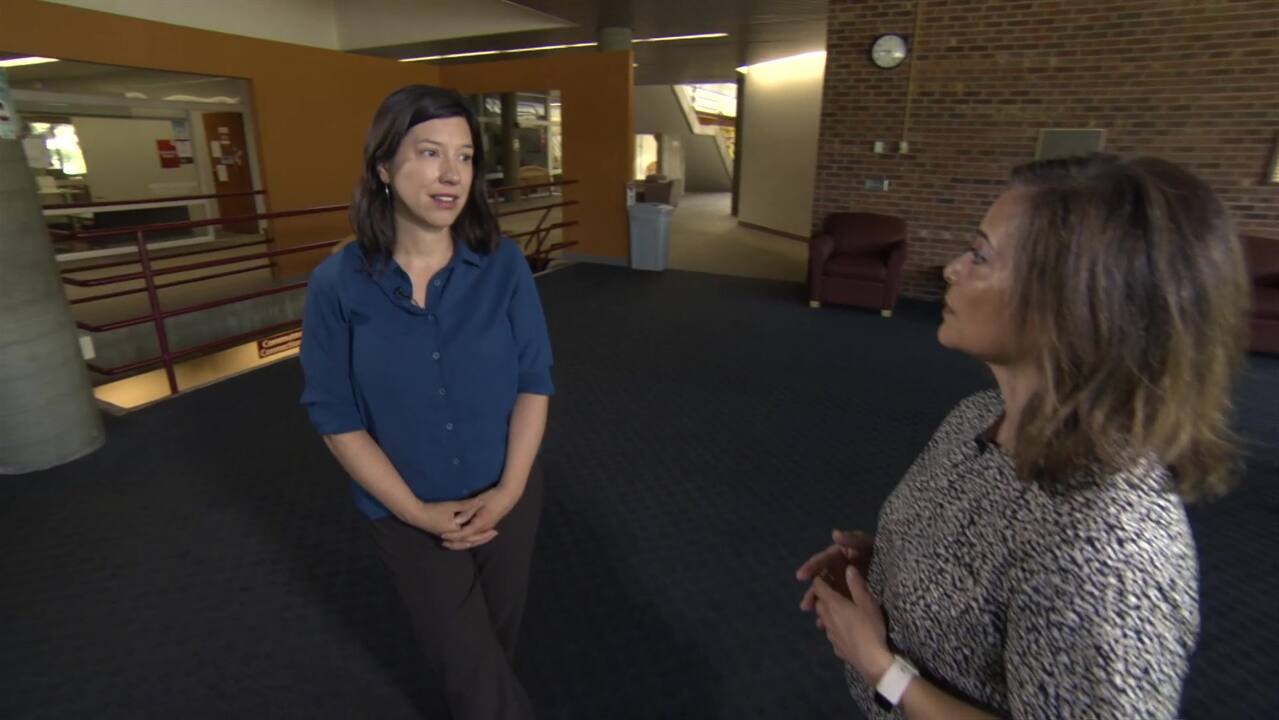 After analyzing the lives of 180 mass shooters, Jillian Peterson and the Violence Project found commonalities among perpetrators, which offer numerous opportunities for early intervention before a shooter gets a gun.

Many perpetrators are radicalized online, she said, and spend a lot of time studying other shootings and perpetrators. The Violence Project also found that more than 80 per cent of mass shooters were in a “noticeable crisis” prior to the shootings.

“There was this clear pathway to violence and we tend to focus at the very end of that pathway, either in terms of guns or just in terms of minimizing casualties,” said Peterson. “But if we go way earlier on that pathway, there’s a lot more off-ramps.”

Peterson suggests simple interventions, like universal trauma screening in schools and better mentoring of young people overall, to connect them with mental health supports, would go a long way.

“Making sure that any kid who’s feeling on the outside gets pulled in, rather than pushed out further.” 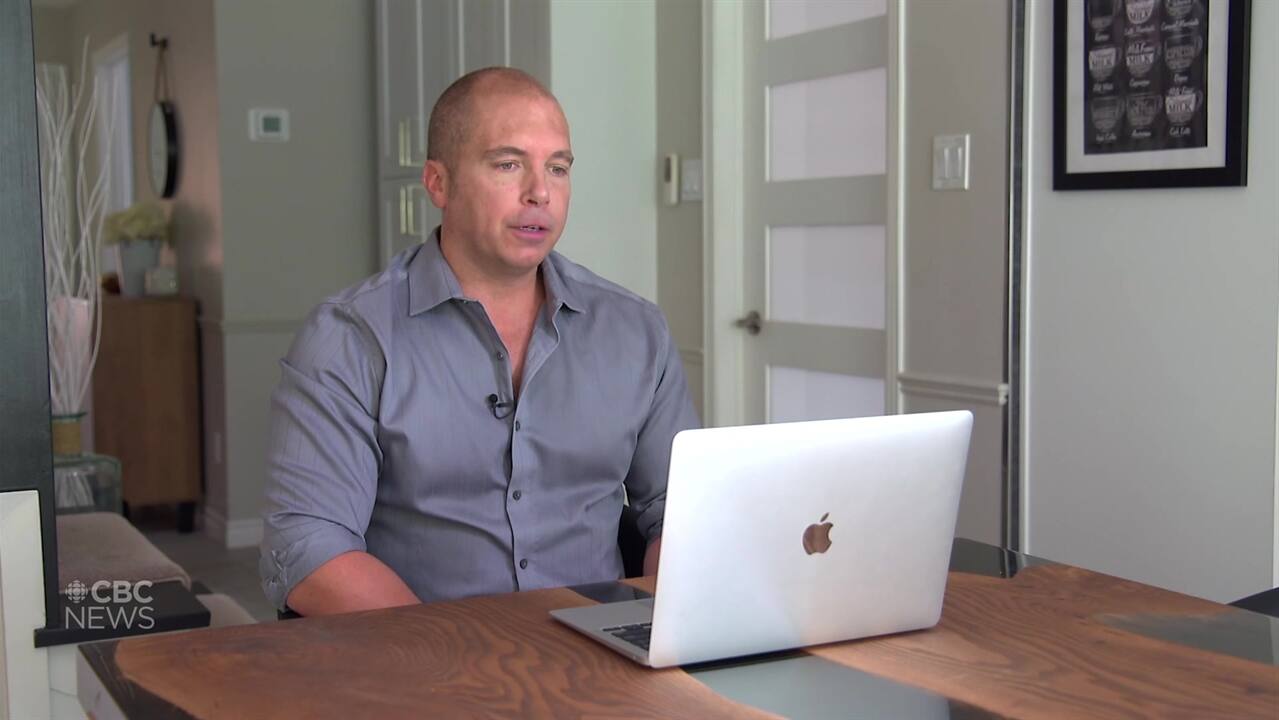 These findings are relevant in Canada, too, said Michael Arntfield, a criminologist at Western University in London, Ont. He, too, wants to see interventions much earlier on that path.

“Much of the trauma and much of the descent into violent fantasy that fuels these offenders begins in the home. That’s often where the trauma or neglect, and really the ability to stop them, begins,” he said.

If that fails, Arntfield said teachers, religious leaders or police — anyone coming into contact with a young person — have a responsibility to intervene when they see unusual or disturbing behaviour that could lead to someone harming themselves or others.

Gun control and access to assault-style firearms also has to be part of the solution, he said. “That’s going to be obviously a factor why we don’t see the same numbers in Canada.”

Dodds keeps in contact with some of her former students, especially when there is news of another mass school shooting; they provide crucial support for each other.

On a cool, cloudy day earlier this month, Dodds met up with Francisca Mendoza and Starr Jourdain at Red Lake District High School. They shared their stories with CBC News — the first time they have done so publicly.

Today, 32-year-old Jourdain works there as a teacher’s aid, something she said often feels surreal. Mendoza hasn’t been back since she dropped out after the shooting.

The visit back to the site was emotional. Mendoza broke down and was eager to get off the school grounds and to a more neutral location.

Haltingly, Jourdain tells of how she dropped off an assignment at Dodds’ classroom, then went to another room.

“I don’t know. Something just told me to leave,” she said quietly. “And then there was a girl. A girl screaming. And then she stopped screaming after that.”

Mendoza, 32, was also in another classroom, having walked her best friend to Dodds’ room. It was the last time she would see Chanelle Rosebear alive.

When Mendoza heard the gunfire, she and another friend, Ryan Auginash, looked into the hallway and saw the shooter.

“He was standing there, staring at us, holding the gun,” she recalled. “And I was screaming, ‘Ryan got shot. Ryan got shot.’ And he was holding his chest, like putting pressure on it, because he was losing so much blood.”

Both women remembered the chaos of students and teachers trying to flee; some teachers held the doors to the hallway closed, giving their students time to escape through another exit. Both described how the gunman kept shooting, as students ran outside in a zig-zag pattern. 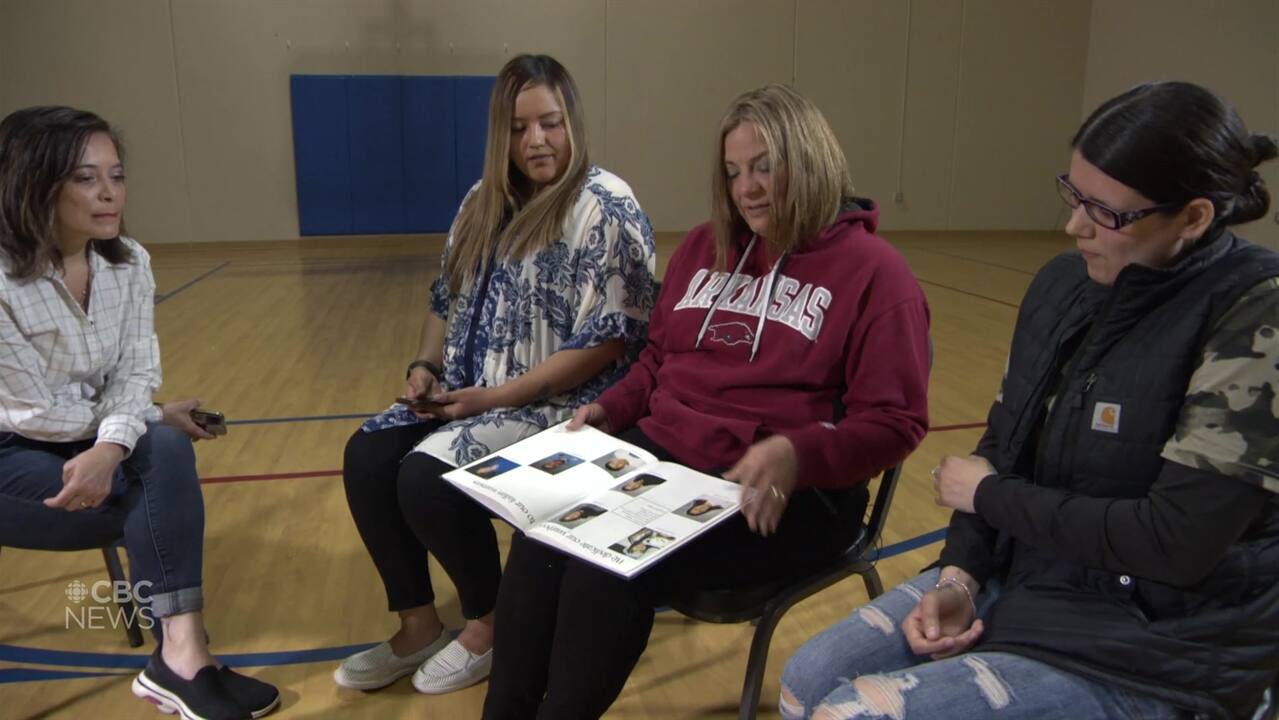 One of the reasons Mendoza is speaking out now, 17 years later, is because she wants to help others.

“It was really hard. It changed my life. But that’s OK because I feel like it made me stronger. And I want to hope I’m here for a reason. I know I survived that day for a reason,” Mendoza said.

Mendoza’s advice for survivors is simple.

“Get help right away and talk to somebody,” she said, adding she also participated in traditional aboriginal healing ceremonies. “Don’t wait for years. It gets worse if you don’t get help right away.”

Dodds is now a school safety advocate, visiting schools to give advice on how to “harden” them against violent intruders, such as by using metal detectors and cameras, and preparing students through active shooter drills.

The Uvalde shooting, its victims the same age as her own children, has renewed her mission to make schools safe again — something she said she knows is an uphill battle in a country polarized over gun control and mental health treatment.

“How can we let this keep happening?,” Dodds asked. “Enough is enough.”

Dodds was one of the shooting survivors interviewed as part of a report prepared for Nova Scotia’s Mass Casualty Commission, an ongoing public inquiry examining the April 2020 killings in that province.

When asked how to best support survivors, she offered one key piece of advice: Don’t forget them.

“The news media comes — and then there’s the next story and everybody forgets. And you haven’t, because your entire world crashed down,” she said.

“So check on them. Check on them in six months. Check in a year. Check two years out. Don’t forget them.”

As the day wound down, Dodds, Jourdain and Mendoza visited one of Red Lake’s cemeteries, stopping at the gunman’s plot.

His gravestone has been removed because the site was being vandalized, but Mendoza knows where it is because she’s visited before — part of her healing journey.

Several of his victims are buried just steps away.

Before walking away, Dodds laid down tobacco — used by most Indigenous cultures as a form of healing and ceremony — on the shooter’s plot.

“Recovery steps come in places you never imagined,” she said. “I made peace with him a long time ago, so hopefully that will help him make peace with me.”

Still, for these survivors, they say real peace will only come when children are safe in schools.

This guide from the Centre for Addiction and Mental Health outlines how to talk about suicide with someone you’re worried about.