How Harry Styles Went From One Direction to the Big Screen 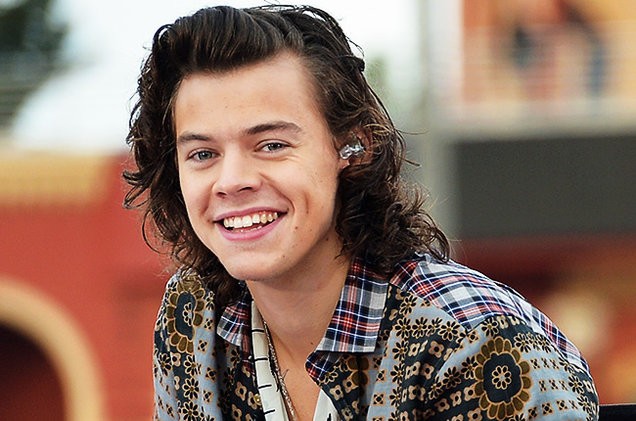 This weekend audiences will flock to the theaters to see yet another Christopher Nolanblockbuster. The prolific director, who is best known for The Dark Knight trilogy but also brought the world Inception and Interstellar, among others, is back—this time with an epic war movie. It seems like it’s scientifically impossible for Nolan to make a boring movie and Dunkirk, with its gripping war scenes, is no exception.

As viewers sit through the two-hour-long drama there’s a good chance they’ll feel the same symptoms they have with past Nolan films: A quickened heartbeat, slight claustrophobia at times and a healthy dose of overwhelming emotion. Dunkirk portrays one of the most pivotal moments of World War II, when Allied soldiers were evacuated from a French beach by regular citizens as the Nazi fighters surrounded them. It doesn’t sound exactly as sexy as, say, watching Christian Baleplay Batman, but the flick is full of surprises.

Audiences will watch a cast full of near-unknown actors try against all odds to stay alive as they’re bombed, shot at and abandoning sinking ships. It’s like watching Titanic, but if the passengers kept escaping from one destroyed ship to another. Plus fighter planes. And just when viewers will think they’ve had enough of watching soldiers hold their breath under raging water (that is sometimes on fire), Nolan jumps over to the alternate storyline, in which Mark Rylance (yes, of Bridge of Spies and The BFG) plays a British civilian sailing his own leisure boat to Dunkirk to help ferry back the soldiers who are still alive and they’ll find themselves fighting back tears.

But the one thing that should be noted for Dunkirk is that there is another very large reason that this isn’t your average Christopher Nolan movie—or even your average movie, period. It stars one Harry Stylesin his long-awaited acting debut.

All eyes have been on the young star since One Direction announced in the winter of 2016 that what was previously thought to be a hiatus was actually a permanent break. He’s seen success as a solo artist, with his self-titled debut album reaching number one in several countries. His first-ever non-One Direction single, “Sign of the Times,” debuted at number four on the American charts and ended up kicking Ed Sheeran‘s “Shape of You” out of the top spot in England.

But everything changed exactly one year ago just before the first look at Dunkirk hit the Internet. To start, the fact that Directioners’ beloved Harry was graduating to the big screen was incredibly exciting. But the haircut he donned to play the part of British soldier Alex made the biggest wave of all. Gone was the old Harry and the long, flowing locks everyone used to know and love, and here was the new, grown-up and decidedly more serious actor who wore a buzz cut and took on World War II stories.

The first question on everyone’s mind was what motivated Styles to take his first foray into the movie world. Was it a concerted effort to shed his pop star image once and for all? Was he doing everything humanly possible to move past the memory of One Direction? As it turns out, it was kind of a coincidence.

“Honestly it was when I heard about this film,” Styles told E! News of the moment he decided to try acting. “I’d been a fan of Chris’ for a long time and hearing about this film, I was excited from the get-go. I just wanted to be involved in any way I could.”

And although it may seem like his star power (in the music world at least) was enough to get him through Nolan’s door, Styles had to go through the audition process just like everyone else. At Dunkirk‘s junket he reflected on his very first audition process, telling E! News that he went through several rounds of screen tests and did his final audition with eventual costar Fionn Whitehead, who was also a first-time actor. They were both given the green light from the director, which made what could have been a very nerve-wracking process a whole lot easier.

“Walking onto set and seeing the scale and working with Chris, it was very intimidating,” Styles said. “It was such a massive project. But getting on set with Fionn, it was nice to have that.”

Getting the role was, seemingly, the easiest part. Being involved with a film this highly-anticipated is equal parts incredibly impressive and wrought with pressure. And there’s the fact that most of the movie takes place in undesirable physical conditions (sinking ships and all). Harry and his fellow actors went through rigorous swimming training to prepare them for spending (very) extended periods of time in the water. And once filming began the goal was really to just survive while the cameras were watching rather than pull out all the acting stops.

“The characters are working off their basic human instincts so what you have to do when you’re trying to portray that story is not act very much,” explained Styles. “Chris really helped with that in creating a world in which you can just go off your natural reactions and not have to act so hard.”

Whatever it was Harry did, it worked. This writer is, perhaps, a little biased, but after Styles first appeared on camera (what felt like a very long 20 minutes into the film) it was hard to take your eyes off of him. The entire movie takes place with very little dialogue so the viewer is left alone to, quite simply, stare into his eyes. The first half of the movie consists of watching Styles do the following: Jump off a ship as it sinks near the Dunkirk shore after a bombing, escape to a destroyer with hundreds of fellow soldiers, escape that boat after it’s bombed, and sit on the beach staring out at the sea while contemplating what s–tstorm they’re in.

It’s the kind of role that not everyone could play. Besides the physicality, an actor needs to be very, very good at making faces. It’s both a blessing and a curse to have a first-ever movie role that involves a handful of lines, but it’s something Styles seemed tailor-made for. And Nolan couldn’t agree more—at the film’s New York City premiere he waxed poetic on Harry’s natural talents.

“Directing Harry was a real pleasure,” Nolan gushed. “He’s a true professional and there was no showboating. I’m very excited for people to see the film because there have been all these questions about him and why we cast him, but the film answers the question. His performance is beautiful, it’s subtle, it’s truthful and that’s what I was looking for.”

Styles cast mates couldn’t agree more. When one of the world’s largest pop stars shows up on a very serious set there’s a potential for hard feelings from more seasoned colleagues, but he seems to have proven that stereotype completely wrong. Fellow onscreen soldier Barry Keoghan told E! that Harry was a “pro,” citing the fact that he went through the audition process just the same as the rest of the cast.

“He’s a legend,” Keoghan added at the premiere. “You’re going to see it and know why he was cast. The work he put in, the fact that he’s a genuine lad. He’ll show you he’s great at both acting and singing.”

Veteran Rylance echoed that sentiment, adding that he was surprised by what a “nice, funny guy” he was. Jack Lowden, who plays Rylance’s son in the movie, said “Have you seen the film? I didn’t get to act with Harry but from what I’ve seen in it the boy can act.”

All of Harry’s fans and all of Hollywood will be watching this weekend’s box office to see if the world agrees with the cast, but the natural questions is, what’s next? Now that the star has, for all intents and purposes, killed his acting debut, it seems he may have his pick of next projects—if there is one at all. Sir Kenneth Branagh relayed to E! News that Harry told him he “may have peaked” with his role in Dunkirk. And when pressed for details on the rest of his acting career, Styles seemed to dodge the question a bit.

“I really loved acting,” he said slyly. “I really loved working on this film and working with everyone involved: the actors and the crew and everything. I really enjoyed the experience and it was good fun.”

For now, we’ll have to take what we can get.