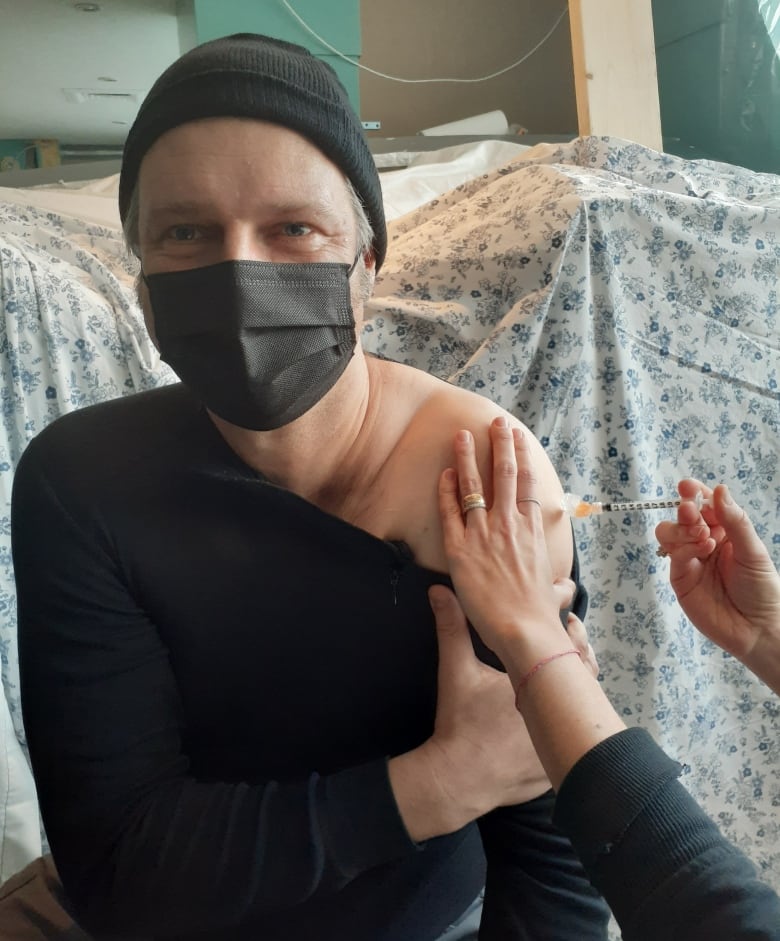 Despite Canada’s success in getting vaccines into arms so far, there is mounting pressure to reach those left behind — the people who, either due to lack of access or lack of trust, have not yet received a dose of the vaccine.

The number that epidemiologists are watching closely right now is 68.5 per cent — the proportion of Canadians who have received at least one dose of the vaccine. Those people will most likely get a second dose.

But the remaining 31.5 percent is what epidemiologist Raywat Deonandan is focused on.

Deonadan, who is also an associate professor of health sciences at the University of Ottawa, said Canada should be aiming to get shots in at least 85 per cent of the population. Otherwise, the status quo leaves a high likelihood that we could be facing future waves of COVID-19.

Who are the holdouts?

Some of the holdouts are people who maybe can’t get a vaccine, because they’re too young or not eligible for other reasons, such as an allergy or health condition. Then there are the people who fall into the category Deonandan calls “the hardcore anti-vaxxers for whom it’s kind of a religion.” Those people, he said, probably can’t be swayed.

The remaining population of fence-sitters is where public health and community organizers are focusing their attention.

Those people haven’t been vaccinated yet for a variety of reasons — they may not have a car, or access to child care, or perhaps they’re dealing with language and technological barriers preventing them from navigating the health system. Some of them are homeless or marginalized in a way that makes them less trusting of government institutions.

Bringing vaccines to the streets

To make sure that everyone who is willing to get a vaccine has access to one, advocates like David Chapman have stepped up.

Chapman is executive director of Resilience Montreal, a shelter that accepts clients who would be barred from other facilities because of substance use.

Many of the shelter’s clients have mental health challenges as well as addiction issues, which makes them especially vulnerable to catching COVID-19. That’s why bringing vaccines to that community has been crucial.

He does his best to brief the nurses ahead of time, so they know what to expect.

“Today one of our clients was arguing with one of the nurses in the clinic that this is the sign of the end of the world, and so the vaccine should be avoided,” he said.

“The poor nurse engaged him awhile, but I think eventually she decided that maybe this argument would be hard to win.”

While not everyone is willing to roll up their sleeves, the three clinics Resilience has hosted have been a success, giving out roughly 150 shots since January.

“What we’re aiming for is to see the highest population percentage of the homeless population get the dose,” Chapman said.

In Ontario, the provincial government is shifting its focus from mass clinics to doctors’ offices and pharmacies to try and reach more people

While on the ground, the province shifts its strategy to reach those people, Dr. Naheed Dosani has been turning to social media to get the message out.

“It’s just about meeting people where they’re at,” said Dosani, who is a palliative care doctor in Toronto.

Dosani has been sharing information about vaccines and the pandemic on his TikTok channel, as well as on Twitter and Instagram.

“I’ve always had a firm belief that there is a huge proportion of people who just aren’t able to tune into the daily press conferences that are aired in the middle of the day,” he said.

“It’s really crucial that we create bite-sized information that is digestible for people on the platforms they know and love.”

Other barriers that play into why some haven’t signed up for the jab yet include cultural and language divides — some people are unfamiliar with how to navigate the health care system because they’re new to Canada, while others are less trusting of its institutions due to a history of systemic racism.

“It’s years and centuries of mistrust of a system,” said Sharon Nelson vice-president of the Jamaica Association of Montreal.

That mistrust has contributed to a higher rate of vaccine hesitancy among Black Canadians compared to the greater public.

She said a big part of their work is encouraging thoughtful conversations and helping people get access to the right information when they have questions.

“We’re sensitizing people to it, but not necessarily trying to convince them,” Nelson said.

As part of that effort, the Jamaica Association of Montreal invited some PhD students to deliver a talk to their community about the vaccines and how they work. She said the key is for community members to get information from people and organizations that they can trust.

Nelson has also been working on trying to find solutions for Montrealers who are undocumented and want to get vaccinated but are nervous they might be asked for documentation.

Vaccines on the go: Montreal’s Vaccivan

Fears like that are the exact reason Montreal has been sending out a Vaccivan — a mobile vaccination clinic that has been travelling to community centres, parks and places of worship in Montreal, to try to boost numbers in neighbourhoods with a lower uptake.

“If you don’t have a [health] card it’s not a problem. We’re going to give you the vaccine,” said Lucie Tremblay, the director of nursing and vaccinations for Montreal’s Centre West regional health agency, the CIUSSS du Centre-Ouest-de-l’Ile-de-Montréal.

Tremblay said all sorts of people have taken advantage of the Vaccivan for a variety of reasons, but the biggest thing is the convenience.

“The first day we went out, there was no announcement, maybe half an hour later, there was a lineup,” she said. “And people were calling their friends. It was a social gathering at the same time that it was a vaccination clinic.”

A big priority for her is trying to get to vaccines to the 12- to 35-year-old demographic.

“As a young adult, often you have family obligations — you’re working, you need to go to pick up the kids at the daycare, you have a million things to do,” she said.

“If you see the Vaccivan in the park where you’re having a picnic, for example, it’s a great opportunity to get vaccinated.”

Such proactive efforts will make a difference in helping the country get to a point where COVID-19 can finally be back of mind for Canadians.

“We have sufficient vaccine supply. It’s a matter of political will and public engagement.”