How Canada’s track and field Olympians are navigating pandemic 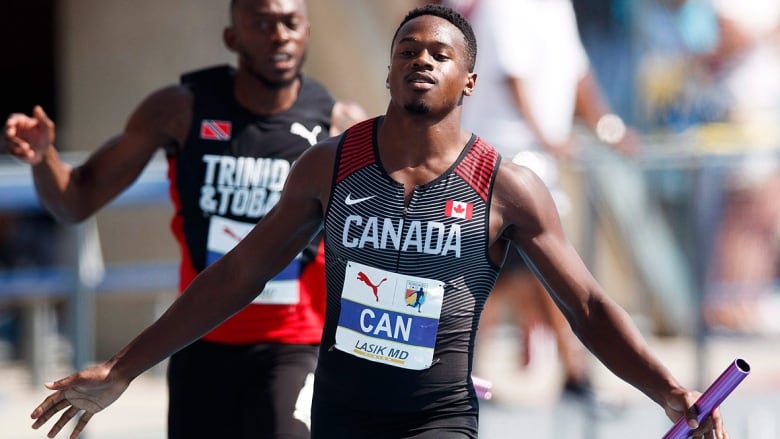 You could feel the excitement and pure joy on the other end of the phone. Alysha Newman, full of life and energy, is back training and hopeful of competing in the near future.

Her agent has mapped out a series of pole vault events during a global pandemic, including those on the World Indoor Tour, starting in late January, with Newman confirmed to compete Feb. 6 in Rouen, France.

“Pole vaulters are able to social distance and still jump,” she said. “I think pole vault will be one of the sports that can go on [in the new year] so I’m very fortunate.”

I’m one of the best technicians in the world but what I lacked was the velocity, power and speed hitting the box. We’re working on that again in the pre-season.— Canadian pole vaulter Alysha Newman

Newman, who hasn’t competed since the Ultimate Garden Clash virtual event in May, is anxious to show off her newfound speed on the runway and different poles she first tried late in 2019 before receiving a new shipment recently.

“They’re a little longer. We didn’t get a meet to try them [in 2020] but I did really well on them in practice,” said Newman, who jumped a personal-best 4.82 metres in August 2019. “I’m one of the best technicians in the world but what I lacked was the velocity, power and speed hitting the box. We’re working on that again in the pre-season and getting back to jumping shape.”

Ranked fourth in the world, Newman is back training at a warehouse in Caledon, Ont., she rents with coach Doug Wood since her regular facility nearby, Bolton Pole Vault, has been closed during the COVID-19 pandemic. Until snow arrives, she will train on a 400-metre track.

“We’re working on getting [to] my [usual] jumping shape in August [by next] February,” Newman said. “I always find I’m a little behind [during the indoor season] in confidence, speed and jumping experience.

“We also tapped into the mental side [earlier this year],” added Newman, who credits her progress to hypnotism. “It wasn’t [working with] a sports psychologist. I’ve really tapped into that mentality of not worrying about [my competitors] and not noticing what they’re doing or fixing, but being in tune to Doug and [coach Zeke Krykorka’s] training and believing what we do every day is the best way.”

Sprinter Aaron Brown decided the risks of travelling to Europe this past summer to compete on the Diamond League professional circuit did not outweigh the reward, so he raced in Texas and Florida, where he lives and trains.

“We lost access to facilities during the height of COVID-19 and had to get creative with our workouts,” said Brown, noting he’ll emphasize the 200 in training and try to defend titles in both events at Canadian championships next summer. “Now we have track access but not to school gyms.”

Brown, who returned to training in mid-October, will not compete indoors in January and February and is planning to open his 2021 season in the 4×100 relay on the NCAA circuit — in Gainesville, Fla., Penn Relays in Philadelphia and possibly Texas and World Athletics Relays on May 1-2 in Poland.

Ahmed benefits from ‘change in pace’

Moh Ahmed, who lowered his Canadian record in the 5,000 in July, recently began the base phase of his build for the 2021 season consisting of mileage, longer threshold efforts, speed development and gym work.

“The anxiety, worry and sadness [of the pandemic] made it difficult to have a full mental break that all of us hoped to have had from this year’s [competition schedule],” he said. “I like to think I benefited from the change in pace.”

“A key area of improvement I will look to make in the coming year is the level of competition I expose myself to,” Ahmed said. “And given the relatively short racing season this year, I can see indoor racing as a possible avenue to break up the monotony of training.”

Brittany Crew spent August and September gaining confidence throwing consistently over 18 metres in shot put, achieving the feat at nine of 11 events in Ottawa, Quebec and near Toronto.

“It gives me the confidence I will excel when high-level competitions resume,” the Toronto native, with a 19.28 PB, said. “I still have access to the Toronto Track and Field Centre [at York University] to make technical improvements in my throw and I’ll be focused on nutrition for the rest of 2020 as I have the opportunity to focus on getting in the best physical shape of my career.”

The 2019 Pan Am silver medallist is not ruling out an appearance at the World Athletics indoor championships March 19-21 in Nanjing, China.

“I love the thrill of competition and the chance to compete anytime,” the 26-year-old said. “While [the pandemic] has been challenging, I’ve managed to continue training as normal and I don’t think altering my training affected my performance. I will do whatever it takes to reach my goals [at the Tokyo Olympics].” 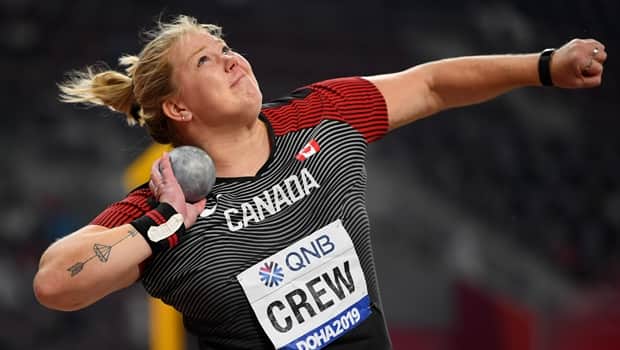 Training ‘better than ever’ for McBride

Like Brown, Brandon McBride didn’t travel to competitions in 2020, training through the summer before taking a break ahead of the fall season.

“My facilities were closed,” said the middle-distance runner from Windsor, Ont., “but I was able to get a lot of quality training done at Malden Park. “The facilities opened recently but at this [stage] in my training I train on the trails and hills.

“My training has been better than ever during this phase. My pace during runs and how my body is recovering from sessions has been great.”

At the 2019 world championships, McBride finished fourth in the men’s 800 metres in one minute 46.21 seconds, one month after the Canadian record-holder ran a season-best 1:43.51 at the Diamond League Final in Brussels.

A four-time Canadian champion, the 26-year-old noted he’s never been an athlete who needs to race a lot to have success “and I believe this will work to my advantage in the coming year.”

Crystal Emmanuel was reminded of her love of running and competing during the pandemic when it was difficult to find suitable places to train.

“My progress was affected, for sure,” said the Toronto sprinter, who is back training with her coach Charles Allen at the Toronto Track and Field Centre. “It gave me the opportunity to focus more on my mental performance with my sports psychologist.

“Finances were also affected as many are experiencing. It’s been humbling.”

“Coach and I are committed to taking advantage of the additional rest to heal my body,” said Emmanuel, who wants to race indoors early in 2021. “With limited training time [at York University] we’ve worked on staying fit and will shift the program to getting stronger and efficient.”

Warner gets creative to improve strengths

Damian Warner, the world’s top-ranked decathlete, was staring at a fall and winter without a suitable indoor training facility. That is, until his coach, Gar Leyshon, brokered a deal between the City of London and a local track and field club to use an empty arena in the Ontario city.

Since March, the track used by the 2016 Olympian at Thompson arena on the Western University campus has been closed. In early October, Warner resumed his typical non-traditional fall workouts, including basketball, badminton, volleyball and Frisbee along with throwing a baseball and football.

“We’re trying to find creative ways to improve my strengths [speed and jumps] and taking the time to understand the events that have been less consistent [pole vault and javelin],” said Warner, the 2019 world bronze medallist and two-time defending Pan Am champion.

Warner, who holds the Canadian record of 8,795 points, is healthy and receiving weekly physiotherapy after spraining each of his ankles last season.

Mike Mason hasn’t struggled to train during the pandemic since the majority of the 34-year-old’s high jump workouts the past two years originated from his childhood home on Vancouver Island in Nanoose Bay, B.C.

“The track I train on is usually empty, and I also train and lift [weights] at home,” said the three-time Olympian who ranks fourth in the world.

Mason, who records his jump sessions and sends them to coach Jeff Huntoon in Toronto for feedback, said the results without having competed this year compare favourably with competition results from recent years.

“Ideally, I’ll do some local, low-key indoor meets, which would be a perfect transition from a very long period of training,” said Mason, whose 2019 season PB of 2.30 metres is shy of the 2.33 Olympic standard. “I’m optimistic there will be opportunities to jump in January.

“I’m healthy, happy and training well. My plan is to be smart and consistent with my training and that has always been my biggest marker for success in competition.”