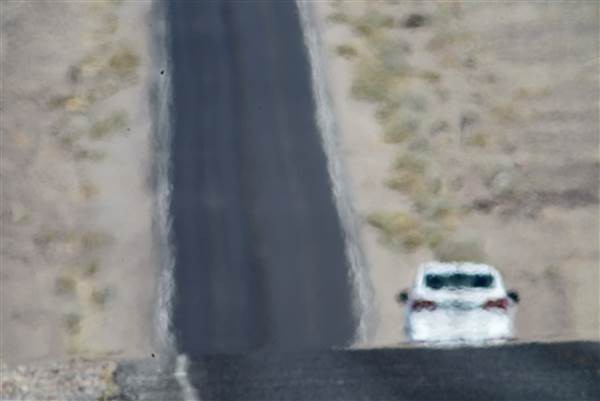 While Andreasen suggested using a phone app that helps alert a parent to a child in the car, putting a shoe or a briefcase in the backseat or making sure a parent opens the backdoor and trunk at every stop, Kids and Cars is hoping Congress will soon implement mandatory regulations in all America passenger cars.

The Hot Cars Act of 2017 seeks to install visual and auditory cues in cars to signal to a parent when a child is in the backseat before the driver exits the vehicle.

“The reason this is so important is because parents just can’t wrap their head around the fact that this could happen to them,” Andreasen said. “They think, ‘How could I forget them? They’re the most important thing in my life.’ To prevent this from happening there has to be something automatic.”

Andreasen said Kids and Cars is still working to build support for the act, but said the technology is already in many cars in the United States in the form of seat belt sensors and inventors have contacted the organization offering to help develop technology if the need arises.

When she was pregnant, Reeves-Cavaliero said she and her husband were ultra-cautious as they prepared for Ray Ray to arrive.

“We took every single class while I was pregnant,” Reeves-Cavaliero said. “I took every single parenting class, and in every class it talks about car seats but in none of these classes do they mention [hot car deaths].”

She said she had never heard of parents accidentally leaving their children in cars, and said she had always assumed when she heard stories that the parent had deliberately left their kids in the vehicle.

Reeves-Cavaliero has now made it her life’s mission to prevent other parents from experiencing a similar tragedy.

After starting Ray Ray’s Pledge, an advocacy group to prevent hot car deaths, Reeves-Cavaliero has become a public speaker and activist, working to make sure parents know a simple change in routine can prove fatal.

“It’s just commonly misunderstood,” Reeves-Cavaliero said. “Neither of us knew it was a possibility. We would have never intentionally left our child in the car.”