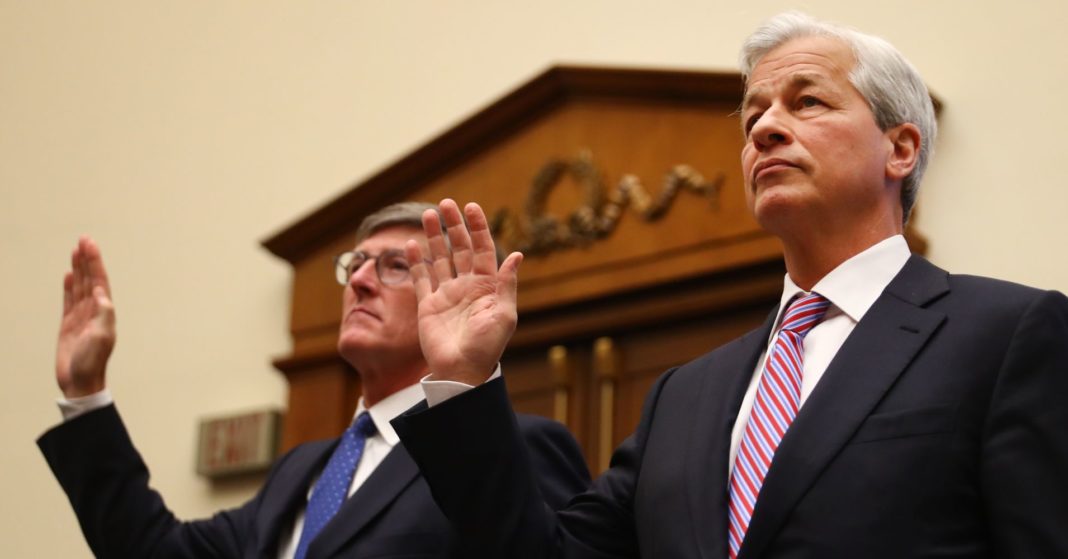 The leaders of the biggest U.S. banks have a message for Congress: take a closer look at the ballooning markets for student and corporate loans.

Rep. Jim Himes, D-Conn., asked a panel of seven CEOs, brought together Wednesday for a House Financial Services Committee hearing what they thought were the products or markets that could threaten the U.S. financial system.

During the multihour, scattershot hearing meant to hold banks accountable, the CEOs testified that the financial system was much safer than a decade ago, when irresponsible lending and a lack of oversight helped cause the 2008 crisis.

But when pressed, the executives pointed to risks outside the walls of their firms: Banks retreated from originating student loans after the crisis, and the riskiest leveraged loans are happening in the so-called shadow banking system, they said.

“As people talk about leveraged lending, they think about that on the backs of the large institutions here,” Goldman Sachs CEO David Solomon said. “But there’s more and more direct lending being done in separate vehicles that’s not regulated, not scrutinized. At the moment, I don’t think it’s systemic, but it is growing, it’s obscured.”

Still, both markets have been shaped by the low interest rates and other policies that central banks implemented after the financial crisis.

Leveraged loans, which are for companies with high levels of debt, have proliferated as investors seek higher-yielding assets. The total volume of outstanding leveraged loans has exceeded the $1.2 trillion junk bond market, according to Moody’s. After regulators including the Federal Reserve and Bank of England have flagged the risk in the growth of leveraged loans, investors pulled money from mutual funds that track the debt.

Student loans have climbed to record levels this year. More than 44 million U.S. borrowers owe almost $1.6 trillion in debt, according to Fed data.

Auto loans and mortgages have also grown outside the regulated banking system, according to Citigroup CEO Michael Corbat.