Her daughter has a mask exemption, but Chapters-Indigo wouldn’t let her in 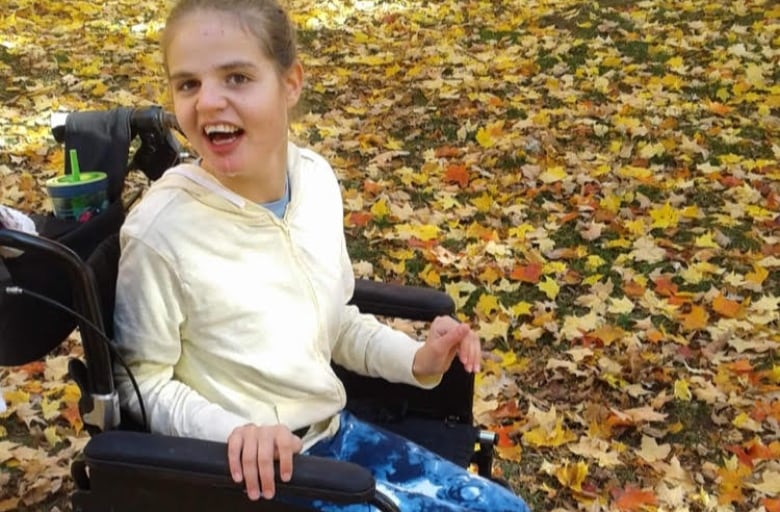 A mother is in disbelief after her 15-year-old daughter was denied entry to a Chapters-Indigo store in London, Ont., on Friday because she was not wearing a mask even though her daughter’s disabilities make her exempt from provincial masking regulations and recommendations.

“These stringent protocols leave kids like mine left out, and it happens far too often,” said Casey Renneboog, whose daughter Hailey uses a wheelchair and has a number of severe physical challenges. She’s non verbal, prone to seizures and Casey says Hailey has the cognitive abilities of a two year old.

On Friday, Hailey was taken by her personal support worker to the Indigo bookstore’s Masonville location in north London. The plan was to buy a book and enjoy the day off from school during a professional development day for teachers.

But when they arrived at the store, staff told Hailey’s support worker that Hailey could not be admitted without a mask due to the store’s COVID-19 protocols.

While Ontario rules require masking inside all indoor public spaces, they also include exemptions for people who have difficulty wearing a mask or taking one off and on without help. The exemptions include children under two years old but also people who have physical or cognitive challenges that make mask wearing difficult. Anyone provided accommodations under Ontario’s disability legislation and human rights code is also exempt from mask wearing.

Proof of exemption not required

The provincial exemptions are listed here on the website of the Middlesex-London Health Unit (MLHU) and there is no requirement to provide proof of an exemption.

Renneboog says her daughter’s multiple disabilities mean she more than meets the criteria for an exemption.

“We wish she could wear a mask. Trust me, we do,” said Renneboog.  “She rips it off, gags and may vomit if she keeps it on. It could elicit a seizure in her.”

Renneboog said Hailey’s support worker tried in vain to explain the exemption policy with the Indigo employee at the door but eventually gave up and left.

Renneboog followed up with the store manager, who told her Indigo has made a decision to require all employees and customers above the age of two to wear a mask as a way to ensure the safety of customers and employees.

CBC News reached out to Indigo for comment and the company sent a statement that defended the policy.

“We’ve made the decision to meet or exceed provincial or municipal requirements across Canada, mandating masks to be worn in-store for all employees and customers, aside from those under the age of two,” the statement says.

“Throughout the pandemic we’ve led with employee and customer safety at the heart of every decision, grounded in facts and science, even when those decisions are hard. We remain committed to doing all we can to keep our employees and customers safe, especially now that Canada is experiencing a second wave of COVID-19 cases and with the emergence of additional variants.”

An email to CBC News from Indigo also points to a public letter by CEO Heather Reisman posted on the company’s website. It repeats the store policy to require masking “without exception” for all employees and any customer in the store older than two.

The letter goes on to say the store offers online ordering with delivery as well as curbside pickup for customers who can’t wear masks inside stores.

The company’s statement and Reisman’s letter make no mention the masking exemptions laid out in the provincial rules.

Casey Renneboog says she’s frustrated by what appears to her to be an attempt by Indigo to ignore exemptions put in place to ensure access for people like her daughter with physical challenges. Renneboog said other businesses understand the mask exemptions and says she ensures Casey keeps a two-metre distance from other shoppers.

“This really segregates and isolates people with disabilities,” she said. “They allow children two and under without a mask. My daughter intellectually is less than two. She’s in the wheelchair, not running around the store, but safely distanced. She poses less risk than a two-year-old.”

In response to questions from CBC News, the health unit sent a statement in support of the exemptions.

“The exemptions are to ensure that the regulations do not prevent people from receiving service when they have medical conditions or other important reasons for which that they cannot wear a mask,” the statement said. “Operators may have business reasons for requiring masks in spite of these exemptions.”

An MLHU spokesperson said the health unit does not fine or otherwise punish businesses that don’t follow the exemption policy.