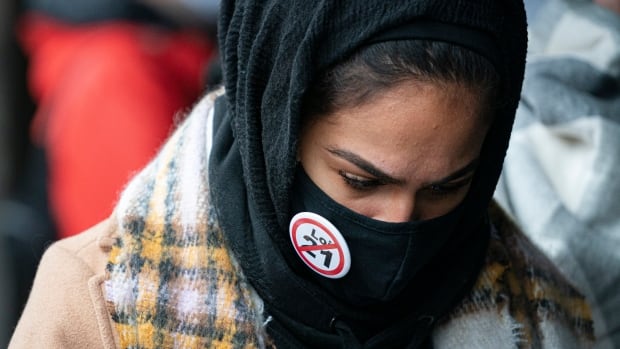 The Quebec government and several civil liberties groups will be arguing before the province’s Court of Appeal starting today about a Superior Court decision last year, which upheld most — but not all — of the province’s controversial secularism law.

Enacted under the Coalition Avenir Québec (CAQ) government in June 2019, the secularism law, also widely known as Bill 21, prohibits public school teachers, police officers, government lawyers and a host of other civil servants — and even some politicians — from wearing religious symbols at work.

As soon as it was passed, civil liberties groups, including the National Council of Canadian Muslims (NCCM) and the Canadian Civil Liberties Association (CCLA), began filing legal challenges.

In April 2021, Superior Court Justice Marc-André Blanchard ruled that the law violates the basic rights of religious minorities in the province but is legal because of Section 33 of the Canadian Charter of Rights and Freedoms, also known as the Constitution’s notwithstanding clause.

The CAQ government pre-emptively invoked the notwithstanding clause to shield its law from constitutional challenges. The clause allows provinces to exempt laws from certain sections of the charter. Its application to laws is subject to renewal every five years.

However, in his decision, Blanchard exempted English schools from the religious symbols ban.

He also ruled that members of the province’s National Assembly are allowed to wear religious symbols that cover their faces, such as a niqab, in accordance with the section of the charter that guarantees every citizen’s right to vote and be a member of the legislature.

Not long after the decision was handed down, Quebec Justice Minister Simon Jolin-Barrette, the architect of Bill 21, said the province planned to appeal the two conclusions of the judgment regarding English schools and legislators.

The NCCM and CCLA then also filed an appeal, saying the law banning religious symbols in many public sector jobs is unconstitutional and should be struck down.

Throughout the hearings — which will last Monday through Thursday, and then resume on Nov. 16 — the Court of Appeal will hear from several parties arguing to either abolish or beef up the law.

Furheen Ahmed, a teacher at Westmount High School in Montreal, who wears a hijab, is hoping for the law to be struck down.

“It’s absurd,” she said. “There’s no evidence of anything negative coming out of individuals in the classroom teaching wearing a kippah, wearing a turban, wearing a hijab.”

More than two years after Bill 21 came into effect, she said she’s seen stories of individuals who have lost their jobs or who have chosen to pursue careers outside of Quebec because they are unable to work in the public sector and wear the religions symbols that matter to them.

Ahmed said the issue is people’s perception of religion, or certain religions, “and that perception is being thrown onto my freedom, my choices. [It’s] not fair.”

On the other end of the spectrum, a pro-secular group, the Mouvement laïque québécois (MLQ), will argue not only that Bill 21 doesn’t trample minority rights but that it doesn’t go far enough in protecting the rights of parents to have their children receive a secular education.

Baril said his group would ideally want the religious symbols ban to apply to all staff in schools — not just teachers — as well as in CEGEPs and early childcare centres.

Laura Berger, a staff lawyer with the CCLA, said her team will be finding innovative ways to skirt around the notwithstanding clause to argue against forcing people to “choose between their faith and their careers.”

She said Quebec needs to strike a balance between the right to a secular province and individuals’ rights.

“We firmly believe that freedom of religion means pushing religion out of the state. It doesn’t mean pushing people out of workplaces,” she said.

Berger said the Appeal Court can take between six and 18 months to issue a ruling.

It’s widely expected the law will eventually be challenged in the Supreme Court of Canada.