Health care without conscience is a dangerous contradiction 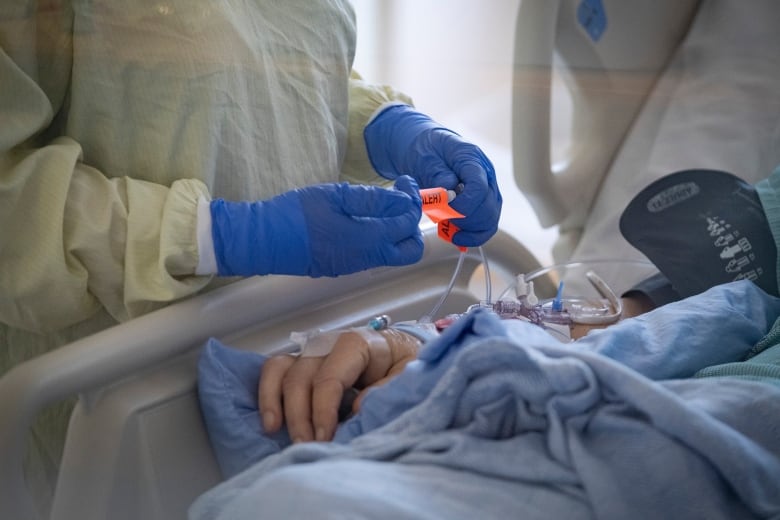 This column is an opinion from Brian Bird, an assistant professor at the Peter A. Allard School of Law at the University of British Columbia. For more information about CBC’s Opinion section, please see the FAQ.

Health care is a fixture of Canadian election campaigns. Wait times, bed shortages and private health care are usual topics of debate. Now we can add freedom of conscience to that list.

It has long been accepted that health-care workers in Canada have a right to distance themselves from procedures that they consider unethical. This right sustained a body blow last week when the Liberals, Conservatives and NDP said that these workers must provide referrals to other medical service providers willing to perform the procedure.

Requiring doctors to make the arrangements for procedures that they cannot perform in good conscience is far from a compromise. If you believe it is wrong to rob a bank, would you be willing to plan the robbery?

The remarks by the parties are the latest threat to conscience in Canadian health care.

In British Columbia, a private hospice that declined to provide assisted suicide lost its licence to operate. In Ontario, the highest court of that province ruled that doctors can be forced to facilitate procedures they deem immoral. In Manitoba, a university expelled a medical student with moral objections to abortion.

Hostility to conscientious health care is fuelled by the flawed belief that health care amounts to whatever a doctor, nurse or other health-care worker is lawfully permitted to do. To be a good health-care worker therefore means that you must be willing to participate in any service that is categorized by the state as health care, regardless of any ethical qualms you might have.

These ideas are dangerous.

Health care is not simply whatever the state says it is. Health care is a sphere of human activity: preserving life, healing the sick and comforting the dying. Health-care workers are not robotic technicians but, as the pandemic has dramatically reminded us, human beings with a calling.

It does not take much reflection to realize why divorcing health care from ethical considerations and reducing it to whatever is authorized by law is a risky path to follow. This prospect should alarm all of us. Finalizing this divorce will lead to disastrous consequences for individuals and society alike.

Some of us think we are already seeing and living these consequences. A decade ago, it was hard to imagine that euthanasia for the terminally ill would be legal in Canada. Only a few years ago, it was unthinkable that euthanasia would ever be afforded to persons with mental illness. But here we are.

Does anyone want a health-care system that obliges the people who work within it to disable their moral compass and unreflectively endorse whatever the state labels as health care? It is easy to say that health-care workers cannot refuse to participate in whichever services are lawful when we agree with what is lawful. But what happens when we disagree?

Health-care providers who follow their conscience are often portrayed as unprofessional, uncaring and even un-Canadian. They are scolded for bringing their personal convictions to work, but their critics lean on convictions of their own. Take the complaint that conscientious objectors abandon their patients and deny them care. It assumes – but does not demonstrate – that what these individuals refuse to do amounts to health care, properly understood. That matter is not a footnote; it is the heart of the debate.

Freedom of conscience in health care is not political activism. Conscientious objection rests on the view that the service in question neither promotes health nor constitutes care but instead harms patients and others.

The doctor who conscientiously refuses to participate in abortion or euthanasia does so because she considers these acts to be lethal violence against a human being. You might disagree with these beliefs, but they are not crazy. They are rationally defensible and deserve a fair hearing.

If there is any sector of our society where ample space should be granted to conscience, health care is it. Health-care professionals are, first and foremost, called to do no harm.

Many Canadians say that health-care professionals should not bring conscience to their job. But the truth is, without conscience, their job cannot be done.