Health Canada says it will set cap on arsenic in food 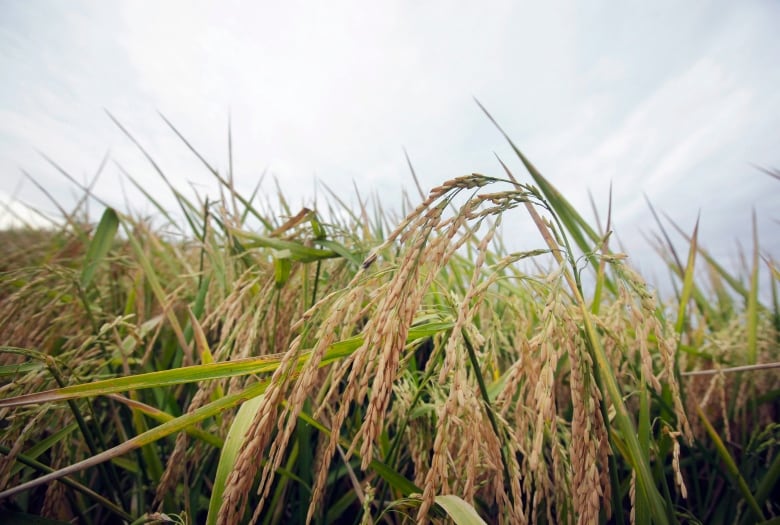 Health Canada says it will launch a months-long consultation process this year on setting a maximum level of arsenic allowed in food, including baby cereal.

Currently, there is no hard limit on arsenic in food in Canada and the U.S., despite existing regulations in Europe.

The news comes a month after a CBC Marketplacestory reported on levels of arsenic found in some baby foods in Canada that would cause the products to be banned under European rules.

Although the toxicity of arsenic depends on its chemical form and level of exposure, the naturally occurring element can cause various health issues, including skin lesions, nausea and diarrhea, with long-term exposure associated with an increased risk of cancer. Health agencies, such as the U.S. Food and Drug Administration, have expressed concerns about the effect of prolonged exposure to arsenic on cognitive development in babies.

“Health Canada will continue to take steps to help ensure that dietary exposure to arsenic is as low as possible for Canadians, including infants and young children,” said Maryse Durette, senior media relations adviser for Health Canada, in an email.

A proposal for these new measures should be available for consultation with the food industry, professional organizations and consumers by mid-2019, Durette said.

“In the near future, Health Canada will recommend new maximum levels for inorganic arsenic in rice, consistent with those established by the Codex Alimentarius Commission, an international group that sets safety standards for foods.”

While the Canadian Food Inspection Agency (CFIA) monitors arsenic levels in baby food, the process of setting a cap is taking years due to consultations with stakeholders including the food and health industries — and because the science that tells us how much arsenic is dangerous is still emerging.

The limit enforced by the European Commission — 200 parts per billion (ppb) for adults and 100 ppb for infants — was set in 2016 based on research showing that higher arsenic concentrations were associated with an increased risk of cancer.

Arsenic is ubiquitous in our environment, in the soil, air and water, with concentrations near mining sites skyrocketing to levels that can be carcinogenic.

Rice labelled as organically grown has little bearing on arsenic levels, as arsenic is absorbed by plants regardless of whether they are grown under conventional or organic farming practices, according to the U.S. Food and Drug Administration. 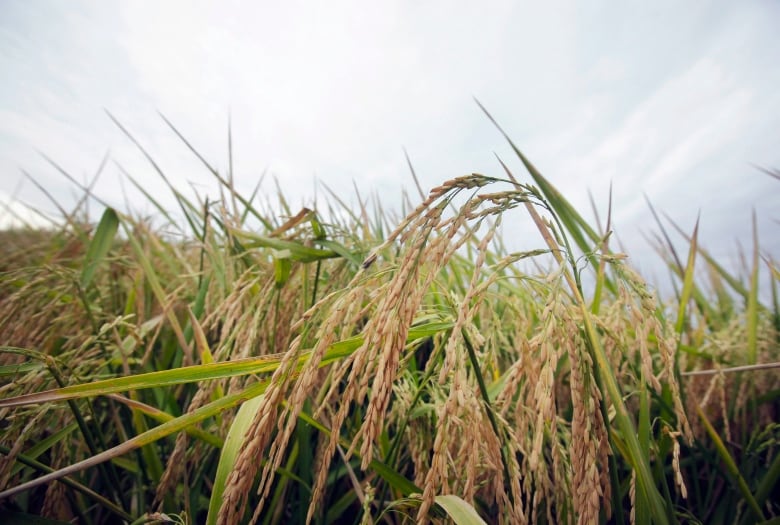 Rice grows in a field near Alicia, Ark., in 2011. Arsenic can accumulate in rice as it grows in the standing water of paddy fields. (Danny Johnston/Associated Press)

Because of the risk to human health, total arsenic and its various types, including inorganic arsenic, the form considered most toxic, are measured in bottled water, juices and nectars, fish protein, baby formulas, foods and supplements by regulatory bodies around the world, including the CFIA.

The potential for high arsenic concentrations in rice-based foods, including infant cereals and biscuits, is a higher concern because arsenic can accumulate in rice as it grows in the standing water of paddies.

The Europeans moved to cap infant rice based food at 100 ppb, half the level of 200 ppb recommended for adults, because rice can form a major component of the diet for babies.

Those recommendations were made based on two 2010 studies of a Taiwanese community, in which researchers found that if the concentration of arsenic was above 100 ppb, there was a greater risk of urinary and lung cancer in children and adults.

While the average inorganic arsenic concentration tested in Canada by CFIA on different infant cereals was approximately 100 ppb, certain brands of infant food exceeded the European legal limit, with the highest measurement being 200 ppb, according to a CFIA Food Safety Action Plan report, which conducted testing in 2015 on samples collected between 2011 and 2013.

How much arsenic is too much?

Although Canada and the U.S. adhere to the CODEX Alimentarius standards set by the Food and Agriculture Organization (FAO) of the United Nations, each government must first consult with “stakeholders” before implementing additional safety measures like those set by the Europeans for infant food and this takes time.

In a recent review of arsenic tolerance in apple juice, for instance, representatives from a whopping eight industries weighed in, including the Canadian Beverage Association, Heinz Canada, Juice Products Association (American) and Societe des alcools du Quebec. These stakeholders were asked for comment regarding limits for apple juice in 2014 — and regulatory changes have not yet been implemented.

Another barrier to implementing maximum levels of allowable inorganic arsenic in baby food is uncertainty regarding how much arsenic is too much.

The Taiwanese studies cited by Europe in its decision to cap levels in baby food at 100 ppb described the health effects of arsenic contamination consumed by approximately 7,000 people.

Since the time of these Taiwanese studies in 2010, scientists say there is still much to learn about the cancer risk at low arsenic levels.

As recently reviewed by researchers at the National Institutes of Health, Center for Environmental Health in the U.S., the risks associated with arsenic for different types of cancer, such as liver, bladder, kidney or lung cancer are highly variable and the reason for this variability is not understood. They recommend additional studies on large populations of arsenic-exposed people of different age and gender.

Expert committees, including the Joint FAO/WHO Expert Committee on Food Additives, recognize there are other, non-cancer areas of concern for the toxicity of inorganic arsenic, such as cardiovascular disease or diabetes. Scientists at the FDA are currently testing the effects of arsenic on neurodevelopment.

“Concerns have been raised about potential developmental effects on infants and adverse pregnancy outcomes,” says an FDA site about arsenic in rice cereal. The agency also found that exposure may result in a child’s decreased performance on certain developmental tests that measure learning.

In addition, the translation of new scientific findings into changes in policy takes time.

Sarah Rothenberg, assistant professor in the School of Public Health and Human Sciences at Oregon State University, says she was approached by staff from a U.S. regulatory agency at a recent conference and told, “you need to keep doing your work (on arsenic in rice-based foods); we are reading your papers.”

In March, a CBC Marketplace-Radio-Canada investigation into baby cereals and snacks found that the arsenic levels in two Canadian rice-based products would see them pulled off store shelves in Europe, according to a world-leading arsenic expert.