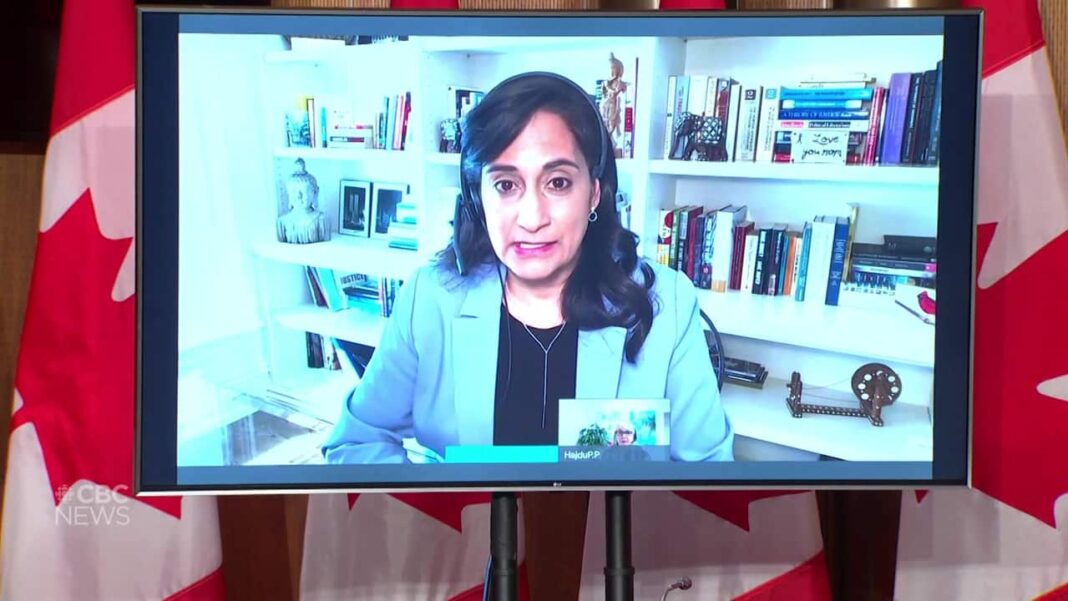 After a months-long review, Health Canada regulators today approved the COVID-19 vaccine from Oxford University-AstraZeneca for use in Canada — clearing the way for millions more inoculations in the months ahead.

The department’s regulators concluded the shot has an efficacy rate of 62 per cent and have authorized it for use in all adults 18 and older.

While it’s less effective than the Pfizer-BioNTech and Moderna vaccines at preventing infection, the shot is 100 per cent effective in preventing the severe outcomes of COVID-19 — including serious illness, hospitalizations and death — the regulators said.

“Overall, there are no important safety concerns, and the vaccine was well tolerated by participants,” the decision reads.

Canada has secured access to 22 million doses of the AstraZeneca vaccine, most of which are slated to arrive between April and September.

Public Services and Procurement Minister Anita Anand has said the government is trying to negotiate faster delivery of these doses now that new, more contagious COVID-19 variants are taking hold in Canada.

Health Canada also has authorized the vaccine manufactured by the Serum Institute, which has partnered with AstraZeneca to make that company’s COVID-19 product at its facilities in India. That version, which is biologically identical to the AstraZeneca shot but is manufactured under different conditions, has been branded “Covishield.”

The Serum Institute, which is working with Mississauga, Ont.-based Verity Pharmaceuticals, will deliver 500,000 doses of its vaccine next Wednesday, the company told CBC News. A further 1 million doses will arrive in April and 500,000 more in early May.

With these new doses, Canada now stands to receive about 6.5 million doses of the AstraZeneca, Moderna and Pfizer vaccines by the end of March. That’s enough to fully vaccinate just over 3.2 million people.

“This is very encouraging news. It means more people vaccinated, and sooner. Because for AstraZeneca, just like we were for Pfizer and Moderna, we are ready to get doses rolling,” Prime Minister Justin Trudeau said.

“Vaccines will keep arriving faster and faster as we head into the spring.” 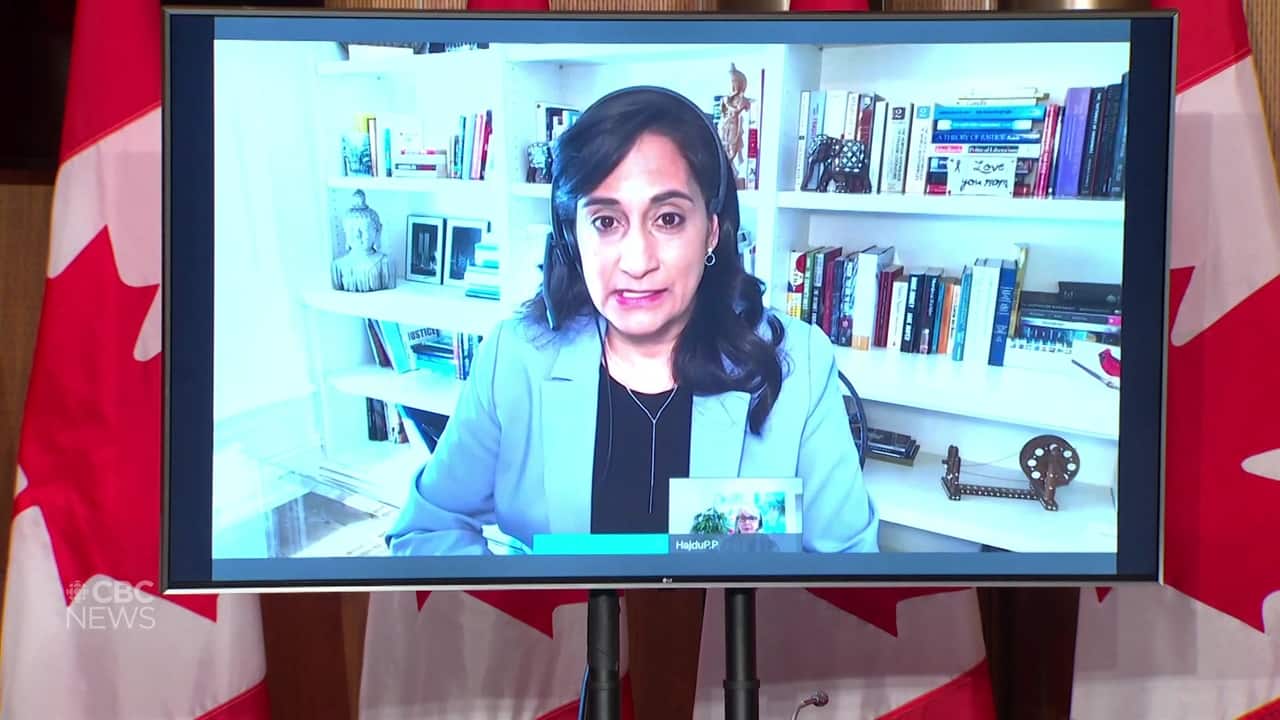 Procurement Minister Anita Anand says Canada will receive its first batch of AstraZeneca COVID-19 vaccine doses in the coming days and then distribute them to provinces and territories. 1:35

Anand told reporters her department “will leave no stone unturned” in its quest to bring more doses into Canada “as quickly as possible.”

She said the government has received “positive indications” that the other AstraZeneca deliveries are on track but she could not say just how many shots will arrive in the second quarter.

All told, the country is projected to have enough supply to fully vaccinate at least 16.45 million people by Canada Day. The supply will grow once delivery schedules for the AstraZeneca doses are confirmed.

Canada is a vaccine laggard in the Western world right now; dozens of other countries have vaccinated more people per capita.

The government has been insisting that everyone who wants a shot will get one by the end of September.

Asked today if the new approval will result in an earlier end date for the vaccination campaign, Health Minister Patty Hajdu said she’s hopeful but there could be more “bumps” and “unexpected challenges” that disrupt delivery schedules. Canada faced shortages earlier this year when Pfizer retooled its Belgian plant and Moderna slashed planned deliveries.

Some countries — such as France — have restricted the AstraZeneca vaccine to people under the age of 65, even though the World Health Organization insists the product is safe and effective for all age groups

Health Canada said the clinical trial results “were too limited to allow a reliable estimate of vaccine efficacy in individuals 65 years of age and older,” but the department was comfortable with approving the shot because of “post-market experience in regions where the vaccine has already been deployed.”

Speaking at a technical briefing today, Dr. Supriya Sharma, Health Canada’s chief medical adviser, conceded there was limited clinical trial data about the efficacy of the shot in people over the age of 65 but said regulators approved it because of “promising evidence from real-world use of the vaccine.”

Other countries — notably Australia, the European Union and the United Kingdom — have authorized AstraZeneca already for use in their jurisdictions.

In a study of vaccine efficacy in Scotland — where both the AstraZeneca and Pfizer products have been in widespread use for weeks — researchers found the AstraZeneca product reduced the risk of COVID-19 hospital admissions by roughly 94 per cent, 28 to 34 days after the first shot. The researchers also warned that the study sample was quite small.

While there are risks associated with any vaccine, Sharma said, the benefits of getting an AstraZeneca shot “outweigh their potential risks.”

Sharma said it will be up to the National Advisory Committee on Immunization (NACI) to decide which groups should get each type of vaccine.

And while the AstraZeneca product was found to be less effective than the Pfizer and Moderna shots already approved, Sharma said there’s no doubt that a dose of this vaccine is better than no dose at all.

Still better than the flu shot

She cautioned Canadians against comparing efficacy rates of the various vaccine products, saying that in the areas that matter most — preventing serious illness, reducing hospitalizations and curbing the number of deaths — “all these vaccines are good.”

“If you look across all the clinical trials of the tens of thousands of people who were involved, the number of cases of people who died from COVID-19 that got vaccines was zero,” Sharma said.

She also noted that the AstraZeneca vaccine’s efficacy rate is actually higher than that of other common vaccine products — including the flu shot.

Flu vaccines, which differ each year depending on the flu strain in circulation, are typically 54 to 64 effective against seasonal influenza, Sharma said, and yet they are still widely used to offer some level of protection to more people.

“I think Canada is hungry for vaccines. We’re putting more on the buffet table to be used,” she said. 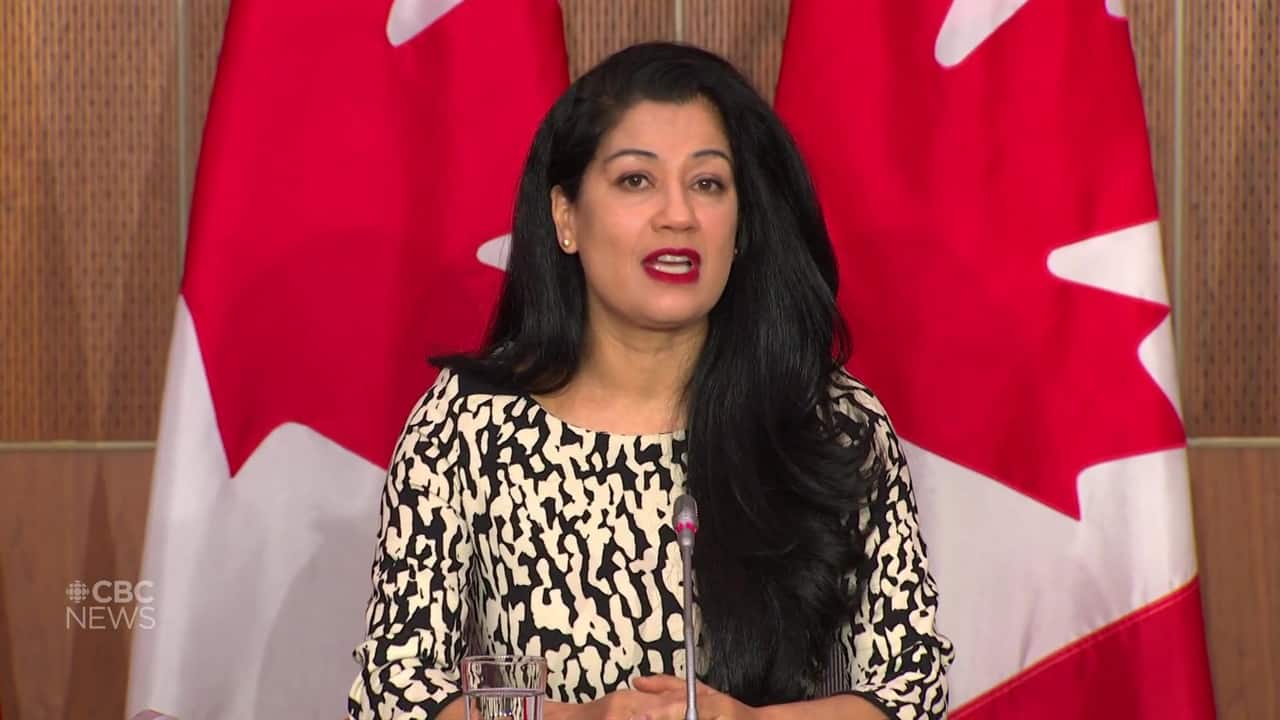 Health Canada is recommending that the second dose of the AstraZeneca product be administered four to 12 weeks after the first, but Sharma said there is early evidence suggesting it’s best to wait the full 12 weeks to deploy the second shot.

“With an increased interval, the efficacy might be much higher,” she said.

The product was approved in Australia, for example, but regulators there recommended a three-month wait between shots.

Unlike the Moderna and Pfizer shots, which are based on groundbreaking mRNA technlogy, the AstraZeneca product uses a more conventional viral vector load vaccine platform.

The AstraZeneca shot also doesn’t require the same cold storage equipment necessary for the other two. The product can be stored and transported at normal refrigerated temperatures of 2 to 8 C for at least six months. This vaccine also can be easily administered in traditional health care settings, like a doctor’s office or pharmacy.

Health Canada is still reviewing two other vaccine candidates: one from Johnson & Johnson and another from Novavax.

The U.S. Food and Drug Administration’s vaccines advisory committee will meet today to review the clinical trial data for the Johnson & Johnson vaccine. A final U.S. decision on issuing emergency use authorization (EUA) could come as early as this weekend.

Canada has ordered 10 million doses from Johnson & Johnson with options for up to 28 million more, if necessary. Most of those shots are expected to arrive by the end of September.

While Health Canada regulators are aiming to make a decision on this product on a timeline similar to that of the FDA, Sharma said the department is still collecting some data from the manufacturer and a final decision is not expected this weekend.