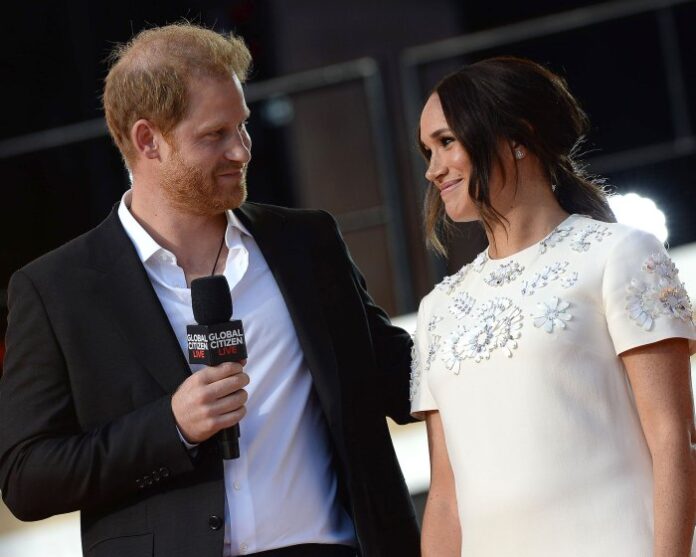 Prince Harry and Meghan Markle did not hold back about the moment when things changed for them with the royal family.

“The issue is when someone who’s marrying in — who should be a supporting act — is then stealing the limelight or is doing the job better than the person who is born to do this. That upsets people,” Harry, 38, explained during the second part of the couple’s Netflix docuseries, which started streaming on Thursday, December 15. “It shifts the balance.”

The Duke of Sussex recalled how their situation took a turn when Meghan, 41, started to receive positive press in the U.K.

“Because you’ve been led to believe that the only way that your charities can succeed and the only way that your reputation can be grown or improved is if you’re on the front page of those newspapers. But the media are the ones who choose who to put on the front page,” he added. “First time that the penny dropped for her, M and I spent the night in a room in Buckingham Palace after an event where every single member of the family had been, including the queen.”

After Meghan was featured on the “front page” of a newspaper in November 2018, her dynamic with the royals took a turn. “She was like, ’But it’s not my fault.’ And I said, ‘I know,’” Harry continued. “And my mum [Princess Diana] felt the same way.”

During the fourth episode of Harry & Meghan, there was footage shown of the late Princess Diana discussing how King Charles III got jealous when the public started to show interest in her over him.

For Harry, the way his wife was treated started to remind him of his late mother. “The lies, that’s one thing. You kind of get used to that when you live within this family. But what they were doing to her and the effect that it was having on her, like, enough. Enough of the pain, enough of the suffering,” he added on Thursday. “No one sees what’s happening behind closed doors.”

Harry and Meghan’s candid insight comes after they chose to step away from their working roles within the royal family in 2020. The decision was made permanent one year later. Since then, the pair moved to California, where they reside with son Archie, 3, and daughter Lili, 18 months.

The palace has not yet publicly addressed Harry and Meghan’s claims.