Happiness Found! JoBros Couple Up With Wives at Documentary Premiere 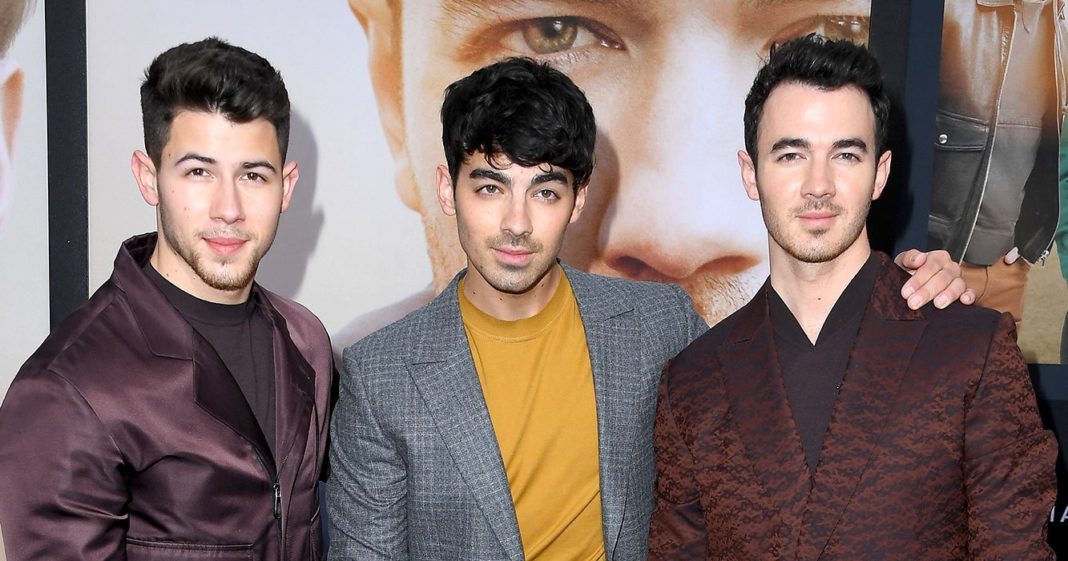 They caught the lovebug! Nick, Joe and Kevin Jonas celebrated the release of their new documentary with their respective wives by their sides.

Nick, 26, Joe, 29, and Kevin, 31, were accompanied by Priyanka Chopra Jonas, Sophie Turner and Danielle Jonas, respectively, at the Los Angeles premiere of Chasing Happiness on Monday, June 3. The couples’ love was put on display as they hit the black carpet, both as a group and individually.

The Jumanji: Welcome to the Jungle actor rocked a maroon suit with a matching shirt underneath, while the Quantico alum, 36, whom he married in December 2018, wowed in a sultry black Galia Lahav dress, complete with chainmail and a thigh-high slit.

The DNCE frontman, for his part, looked dapper in a gray suit paired with distressed brown shoes and a mustard T-shirt. The 23-year-old Game of Thrones actress, for her part, caught everyone’s attention in reflective silver garb. The duo, who tied the knot in a spontaneous Las Vegas ceremony on May 1, couldn’t stop smiling as cameras flashed and fans cheered.

Kevin and Danielle, 32, who have been married since December 2009, packed on the PDA on the black carpet. The eldest Jonas brother wore a dashing burgundy and black patterned suit while the former hairstylist kept things fun in a beaded cream two-piece by Lexi Clothing.

The father of two, meanwhile, posted an emotional clip from the documentary. “I didn’t fit in when I was growing up. The names kids called me were terrible and often used in derogatory ways,” he captioned the video. “Bullying is a huge problem that people of all ages, races, genders, and sexualities face. I hope sharing my experience brings awareness to how hurtful bullying can be and inspires people to support one another. #ChasingHappiness.”

Keep scrolling for more of the JoBros and the J Sisters at the Chasing Happiness premiere!