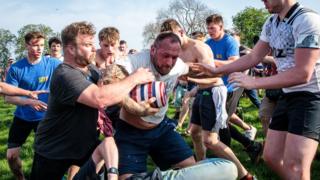 An age-old contest to take barrels across streams in Leicestershire took place as Easter temperature records tumbled across the UK.

The Hallaton Bottle Kicking game – claimed to be one of the country’s oldest sports – attracted hundreds of people on Easter Monday.

The tradition sees villages Hallaton and neighbouring village Medbourne compete to move barrels across one of two streams.

The annual event is believed by some to have its roots in Roman times and serve as an inspiration for rugby.

It begins with the eating of a hare pie, which is blessed by a vicar and “scrambled” among the crowd, and then descends into a contest with few rules.

The villagers must move the bottles across streams one mile apart, and can use any means necessary to do so.

This year’s bottle kicking match took place on the hottest Easter Monday on record, with parts of the UK hitting as high as 25C (77F). 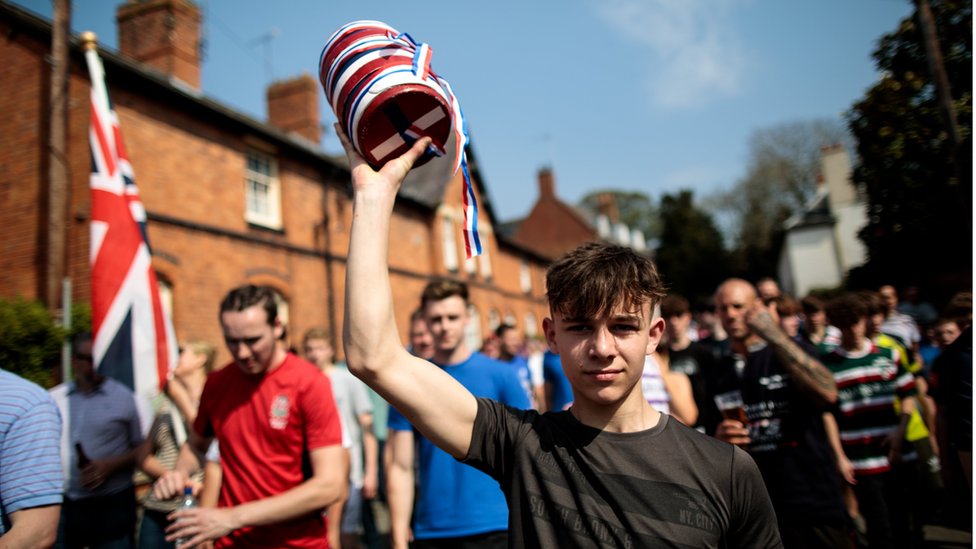