Guys, This “New” Hadza Diet Has Actually Been Around Forever 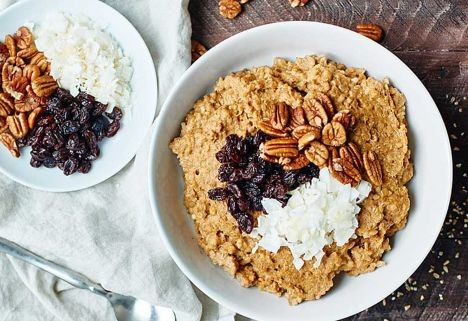 The gut health-conscious among us are buzzing about the Hadza tribe, a small group of hunter-gatherers in Tanzania. For the most part, the Hadza eat only food they find in the forest, and because of their diet, they have remarkably healthy microbiomes, which means they have remarkably healthy guts. Seasonal cycling in the gut microbiome of the Hadza hunter-gatherers of Tanzania. Smits SA, Leach J, Sonnenburg ED. Science (New York, N.Y.), 2017, Aug.;357(6353):1095-9203. So all that buzz might actually be for good reason.

But let’s back up. What even is a microbiome? Basically, it’s the collection of bacteria in our gut that’s vital to digestive and metabolic health and the key to a strong immune system. Unfortunately, the low-fiber, high-sugar Western diet has changed our microbiomes so much, we don’t have as wide a variety of gut bacteria—meaning our bodies are more susceptible to things such as irritable bowel syndrome, food intolerances, metabolic syndrome, gallstones, diabetes, and even chronic depression. The human microbiome: at the interface of health and disease. Cho I, Blaser MJ. Nature reviews. Genetics, 2012, Mar.;13(4):1471-0064.

But not all hope is lost. A recent study looking at the Hadza people showed their microbiomes actually change over time, depending on what they’re eating. In the dry season when they snack on things such as berries and honey, their gut bacteria is more diverse, but in the wet season when they eat a lot more meat, their micobiomes look strangely similar to ours. Why? Researchers think fiber might be the key.

We repeat: FIBER. Yep, the same stuff your grandma mixes into water. And this isn’t anything new. There’s a ton of evidence that fiber has a major impact on gut health, probably more so than kombucha or kimchi (or that probiotic you’re taking). Microbes feed on fiber, producing short-chain fatty acids, which have been tied to myriad health benefits, such as reduced inflammation and protection against heart disease. Cardiovascular benefits of dietary fiber. Satija A, Hu FB. Current atherosclerosis reports, 2013, May.;14(6):1534-6242. Bonus: Increasing your fiber intake is way easier (and way cheaper) than flooding your body with fancy probiotics.

Americans consume only about 15 grams of fiber per day. Fiber Intake of the U.S Population. Hoy MK, Goldman JD. Fiber intake of the U.S. population: What We Eat in America, NHANES 2009- 2010. Food Surveys Research Group Dietary Data Brief No. 12. September 2014.  Dietary guidelines recommend 25 grams for women and 38 grams for men, while Hadza people average 100 to 150, which means we need to seriously step up our game. This doesn’t mean we have to begin hunting and gathering; we can start by reducing the amount of processed food we eat and adding things such as pulses, whole grains, berries, and fiber-rich veggies to our diet.