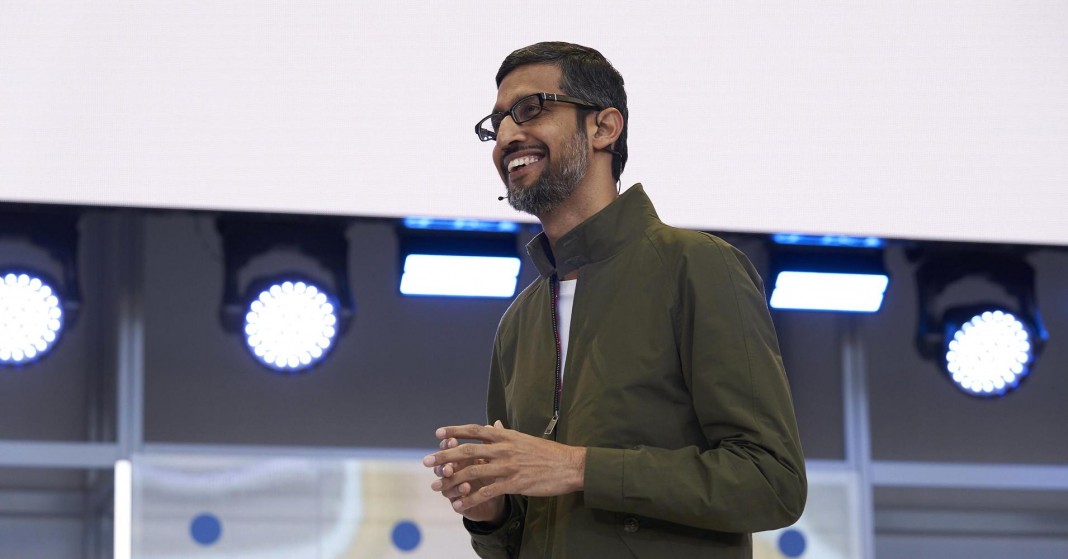 Google revealed a vision for artificial intelligence that was simultaneously exciting and controversial at its developer confab on Tuesday.

The Google Assistant called a hair salon to make an appointment and then called a restaurant to find out about table availability. The performances did more than steal the show. They also overshadowed everything Microsoft announced about AI at its own conference this week.

“Google reaffirmed its leadership position in AI,” as Atlantic Equities analyst James Cordwell put it in a Wednesday note. Cordwell’s note made no mention of Microsoft.

Media outlets were quick to point out that Google did not disclose to people on the other end of the calls that the caller was a computer program, not a person, even though it did sound surprisingly natural. The underlying issue? People might not treat automated calls in the same way that they would human ones. Two days after the presentation, Google, which plans to test the technology this summer, clarified that it will make sure to let people know whenever it’s the Asssitant calling and not an actual person.

Microsoft’s most imaginative example of AI this week involved its Cortana assistant greeting people by name as they sat down at a meeting, transcribing what they said and highlighting action items. The system didn’t get every word right, but other than that, it received hardly any criticism in comparison with the Google calling feature, which goes by the name Duplex.

Both exhibitions are backed up by long-term investments. Researchers at Google and its sister company DeepMind, both under parent Alphabet, are constantly publishing academic papers describing their latest experiments. Microsoft, with its vast longstanding research arm, is also regularly putting out papers. Both Google and Microsoft announced progress in their efforts to provision more powerful chips for AI. (But only Microsoft is keen to see its chip architecture adopted in other companies’ facilities.)

Google and Microsoft do business in some of the same markets that cross consumer and enterprise — search, desktop operating system, productivity tools. But when it comes to demonstrating how people can use AI in 2018, the companies have a discernible distinction. Microsoft is emphasizing business uses, while Google is working to enhance services for mainstream audiences.

And that makes sense, as Microsoft is increasingly chasing business subscriptions to cloud-based Office apps and corporate uses of its Azure cloud, while Google continues to get most of its money through online tools for the broad public.

The difference in focus was manifested throughout the companies’ dueling keynotes.

Microsoft showed how a drone made smart with AI can recognize anomalies in pipes as it flies above them. It said that the Visual Studio app for writing code will provide AI-powered suggestions, and that Cortana will help plan meetings and surface relevant documents in the Microsoft Teams chat app. Cortana also chimed in with helpful information as one person was typing out a business document in Word.

A Microsoft executive gave people a look at new AI-fueled grammar-checking capabilities in Word, too. It stood out as one of the few instances this week of Microsoft announcing an intent to deliver AI that anyone can use in whatever way they like — but then again, Microsoft was showing it off as an example of what third-party developers can do when they use the company’s underlying technology for adding AI to Windows apps.

KeyBanc analysts led by Brent Bracelin said in a Wednesday note that they walked away from developer sessions at Microsoft’s Build conference convinced that Microsoft “has ambitious plans to integrate AI and [machine learning] functionality in a pervasive manner across the entire application portfolio.”

Google countered Microsoft’s event with demonstrations of AI bubbling up personalized recommendations of places in Google Maps and articles in Google News. Google also announced Gmail is getting a feature to help you write emails and said DeepMind found ways to make batteries in Android devices last longer.

But days later, Google’s Duplex calling technology was the one thing people kept talking about.

Richard Socher, chief scientist at Salesforce, told CNBC that it was impressive how Google was able to pull together multiple AI efforts into one demonstration. It was a glimpse of the future of AI in the real world, even though it ties together several research innovations that have emerged in recent years, he said.

“In the next two to five [years] I can very well see this becoming much more prevalent,” Socher said, adding that he’s personally keen to bring similar technologies to big businesses.