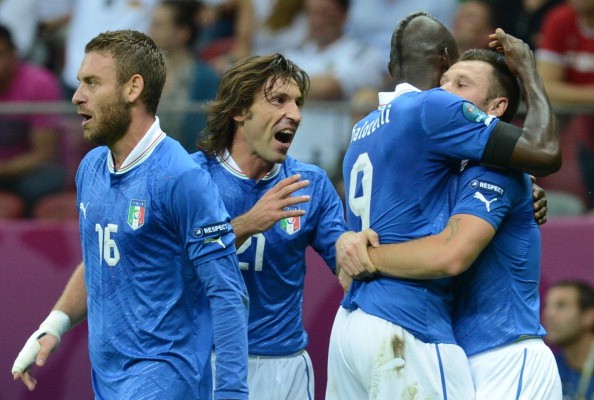 The Hertha Berlin winger headed in Jeremy Toljan’s right-wing centre after 40 minutes as Germany upset the odds to get the better of the more-fancied Spanish.

However, despite much probing and prodding from Albert Celades’s team after half-time, Germany’s back four held firm to win the tournament for just the second time in their history.

Germany made two changes from their semi-final win against England, with Niklas Stark and Mitchell Weiser returning, while Spain were unchanged

Against many of the pre-match expectations, it was Germany who started the stronger of the two, with Stefan Kuntz’s side twice going close to taking an early lead.

Firstly, Weiser saw a shot tipped over by Kepa Arrizabalaga, before Max Meyer’s long-range header beat the Spain goalkeeper, but not the outside of the post. 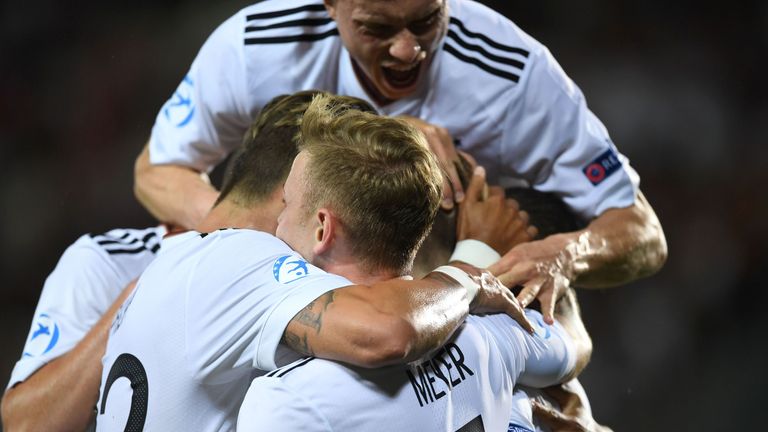 The Spanish were not without their own moments of threat, though, and it was Hector Bellerin of all players who almost broke the deadlock after 13 minutes after good work down the right wing from Daniel Ceballos.

However, the Arsenal right back’s glancing header just sailed the wrong side of the far post, and with five minutes to go until half-time, their opponents made the breakthrough.

Right-back Toljan, who has been outstanding throughout the tournament, made another of his characteristic raids down the wing, before digging out a near-post cross for Weiser.

The 23-year-old still had work to do to, only for his inch-perfect looping header to sail over a motionless Arrizabalaga and drop into the far corner of the net as Germany deservedly lead at the break.

Celades’s men came out after the interval with all guns blazing as they went in search of an equaliser and came close to levelling matters through Saul Niguez’s well-struck effort just before the hour-mark.

But Germany were also a constant threat on the break and may have out the game out of sight after 61 minutes following a brilliant solo run from Serge Gnabry, only for Arrizabalaga to deny the former Arsenal player with a smart stop his legs.

Both teams had further chances to score in the closing half an hour at the Jozef Pilsudski Stadium as Marc-Oliver Kempf had a goalbound header deflected just past the far post, while Ceballos and captain Gerard Deulofeu went close from distance.

However, in the end Germany held strong to claim a second-ever continental title.

Watch the moment Germany were crowned U21 European Championship winners

Man of the Match – Mitchell Weiser

Not only did the Hertha Berlin winger score the winner with a beautifully judged arching header five minutes before the break, but he was also a constant threat to the Spanish throughout.

Aidy Boothroyd: You can’t say that they (Germany) did not deserve it the way that they played. They can attack in a variety of different ways and the Spanish had no answers to them. The game-plan made the Spanish go wide, which they do not like, they like going through the centre, and in the end they won the game without a recognised centre forward. And that is really good coaching.