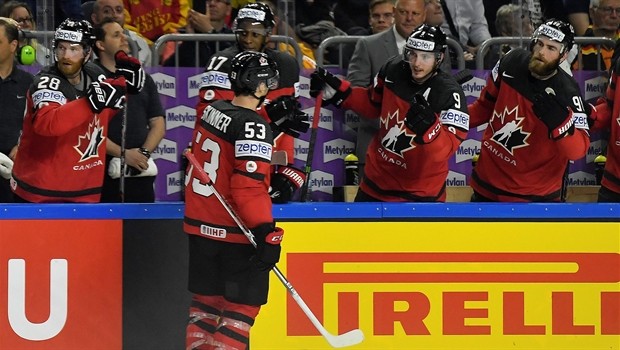 Germany closed on qualification for the semi-finals of the European U21 Championship after beating Denmark 3-0 on Wednesday.

It took 52 minutes for Germany to open the scoring through Davie Selke, before Marc-Oliver Kempf’s clever volley and Nadiem Amiri’s slotted finish sealed the deal.

Denmark produced a resolute performance in the first half but defeat means they cannot qualify for the semi-finals.

Germany face Italy in their final Group C game, knowing a point would be enough to progress from the group.

It was a hard-fought first half, with Germany creating chances but failing to take them.

Germany were unchanged from their win over Czech Republic while Denmark made three changes, with Blabjerg, Nielsen and Duelund coming in for Rasmussen, Andersen and Borsting.

Mitchell Weiser fired narrowly wide before Max Meyer missed the target from Serge Gnabry’s cut-back. Meyer went close again from a free-kick later in the half while Gnabry shot past the post.

At the other end, Julian Pollersbeck saved well from Andrew Hjulsager after a Denmark counter.

Selke’s opener in the 52nd minute was sublime, as he took a shot at the first time of asking, curling it past Jeppe Hojbjerg and into the top corner.

The goals then came thick and fast, with centre-back Kempf doubling German’s lead. Meyer swung the corner in and the Freiburg defender volleyed it into the roof of the net.

Germany’s final goal came from substitute Amiri, who was on the receiving end of Selke’s reverse pass. The forward then waltzed his way past two defenders inside the box and wrong-footed the ‘keeper to roll the ball in the other side of the goal.

Man of the match – Davie Selke

A goal and an assist for Selke, who was the best player on the pitch due to the intricacies of his play and the ability to bring his team-mates into the game.

Selke’s finish for his goal was superb and his reverse pass into Nadiem Amiri’s path for Germany’s third was exceptional. He will definitely be one to watch as the competition progresses.

Germany finish their group campaign against Italy while Denmark face Czech Republic. Both games are on Saturday at 7.45pm and are live on Sky Sports.