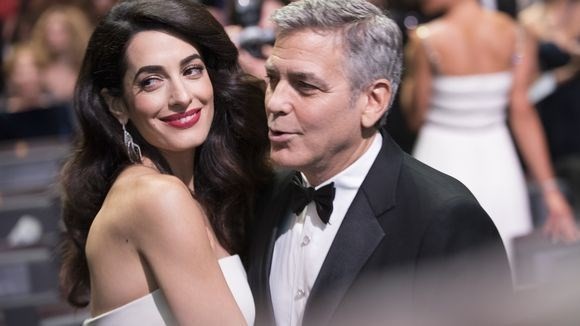 “This morning Amal and George welcomed Ella and Alexander Clooney into their lives,” Stan Rosenfield said on behalf of the couple. “Ella, Alexander and Amal are all healthy, happy and doing fine.”

“George is sedated and should recover in a few days,” he joked about the 56-year-old Hollywood heartthrob.

The 39-year-old Lebanese-British international human rights lawyer and Clooney tied the knot in Venice in 2014.

The couple has kept a low profile since announcing they were having twins in February, staying at their rural home outside London.

After her wedding, she threw her legal clout and celebrity behind a series of high-profile cases including Britain’s possible restitution of the Elgin Marbles to Greece.

She defended Al-Jazeera reporter Mohamed Fahmy after he was jailed in Egypt and was part of the legal team for former Maldives president Mohamed Nasheed following his toppling in 2012.

She has also defended the cause of young Yazidi women who were abused by fighters of the Islamic State jihadist group.

Amal was born in Lebanon before her family moved to Britain when she was three years old.

Actor, director and producer George was married to actress Talia Balsam from 1989 to 1993, before his role in hit television series “ER” propelled him to international stardom.