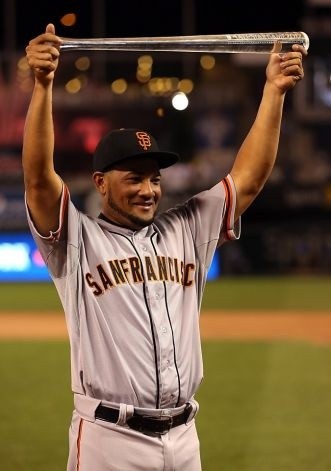 When you strike out 17 times, score no runs, and make three errors, you’re going to have a bad time.

It’s crazy how quickly this game went from a pitcher’s duel to an embarrassment. Jharel Cotton was solid for the first few innings — faced the minimum through the first two innings, but got into some trouble in the third when seemingly all communication between him and catcher Josh Phegley ceased. Daniel Robertson doubled, and then it appeared that Cotton went with a curveball to Roberto Perez when Phegley was expecting a fastball, and the ball got loose. Roberston advanced to third and then scored on a wild pitch. 1-0 Indians.

The A’s went down quietly in the top of the fourth, and Cotton settled down to retire the Indians’ side in the bottom half of the inning.

The fifth was uneventful, save a weird play where Chad Pinder tried to bunt, but seemed to get hit on the hand and take his base only to be told to get back in the box after a replay. Cotton gave up a hit that was later erased by a double play in the bottom half, no big deal.

The sixth is where things got really ugly.

Erik Gonzalez singled and Jason Kipnis walked, bringing Francisco Lindor up to bat with two men on base. Lindor laid down what should have been a sacrifice bunt to the left side, but it was conveniently turned into a hit when Ryon Healy bobbled the ball. Bases loaded. On a questionable call, Michael Brantley walked, scoring Gonzalez. Carlos Santana then blooped a single out to stud left fielder Mark Canha, scoring Kipnis. Now with two on, Jose Ramirez grounded right back to Cotton, who spiked a weird throw back to Phegley to get nab Lindor at home. Bradley Zimmer then grounded to second, and Pinder threw back to Phegley to get the force out on Brantley. Phegley then tried to get Zimmer at first, but was too late. As this was happening, Carlos Santana broke for the plate and was ultimately called safe after the initial call was overturned. Daniel Robertson then singled on yet another Healy error and Ramirez scored. Melvin was forced to pull the rookie Cotton.

The A’s are now 2-8 on challenges they initiate and 6-10 on their opponents’.

The A’s once again went down 1-2-3 in the top of the 7th, and the bottom half was no better. Former Indian John Axford took the mound and quickly gave up a single to Eirk Gonzalez that was probably preventable with some tighter defense but it was ruled a hit. He then walked Jason Kipnis. Francisco Lindor singled to Cahna and Gonzalez scored. 6-0 Indians. Michael Brantley then also singles to Canha, wha was unable to pick up the ball and over-ran it. 8-0 Indians.

Nick Goody struck out Pinder, Phegley, and Rajai Davis to start the 8th. Axford tok the bottom half and gave up two hits, but nobody scored.

Struggling former starter and recent bullpen addition Nick Salazar came in close things out, and despite allowing a leadoff Rosales hit, the A’s were unable to score.

Morals of the story:

Corey Kluber is still REALLY good and something needs to be done about the A’s defense. I’m not sure what more they can do with what they have, and based on his post-game comments Bob Melvin doesn’t have a strong idea either:

In the words of the Indians’ TV commentators: “The A’s might want to leave today’s uniforms in Cleveland.”

Luckily, a Cleveland team will still be losing later today, so let’s just forget about this one and root for some Dubs redemption.