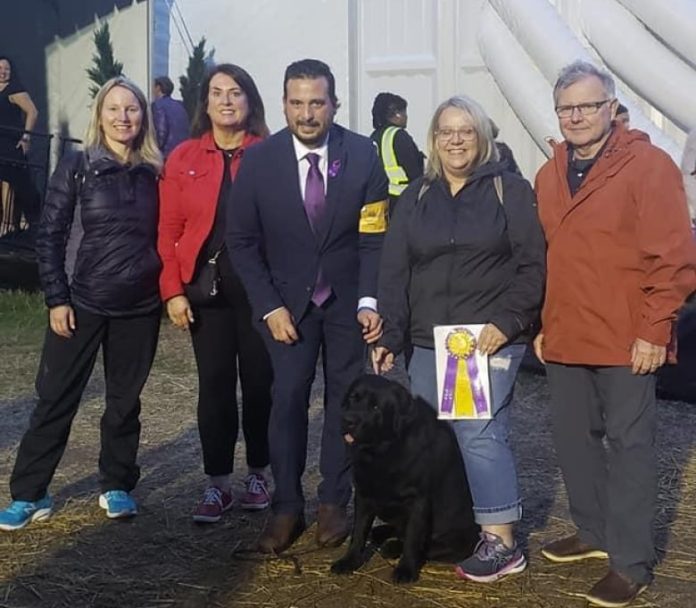 A dog from a breeding business owned by Newfoundland and Labrador’s deputy premier won Best of Breed at the 146th Westminster Kennel Club Dog Show in New York on Wednesday.

Siobhan Coady, also the province’s finance minister, told CBC News the win makes Beau, a Labrador retriever, one of the top dogs in the world.

“To have him here at Westminster, to see him stack up against the best of the best, it certainly is an honour,” Coady said.

Beau, whose full name is Beaumont Hamel, was bred by GoFetch Labradors, the St. John’s dog breeding business run by Coady and her husband.

“My husband and I have been breeding Labradors because we wanted to have the best Labradors in the world,” she said. “They’re a heritage animal in Newfoundland and Labrador and they’re the best animals in the world.”

The retriever’s name holds significance for Newfoundland and Labrador too — Beaumont Hamel is the site in France where more than 700 members of the Newfoundland Regiment were killed, wounded or went missing on July 1, 1916, during the First World War.

Coady said Beau, who was already a grand champion in both Canada and the United States, won the title Best of Breed out of 67 dogs.

He was led to his win by dog handler and co-breeder Fabian Negron, who said he was “thrilled” with Beau.

“Every single box was checked. His attitude was there. His movement was there. He just put on a fantastic performance and the judge recognized it,” he said.

Negron said the Best in Breed title is “amazing recognition” for Beau, as well as for his owners and breeders.

“We’re just very excited and we just want the people of Newfoundland to know how proud we are to be representing the breed with one of their own,” Negron said.

Coady owns Beau’s mother, Jersey, and Negron owns his father. Despite his world-champion status, Coady said Beau is “a sook.”

“He’s a lovely, kind, sweet dog. He’s a typical Labrador retriever. He likes to swim and likes to fetch. He likes to sleep. He likes to give kisses. He’s a really kind and gentle soul,” Coady said.

Coady said Beau will be featured in a dog show in Bay Roberts this summer.